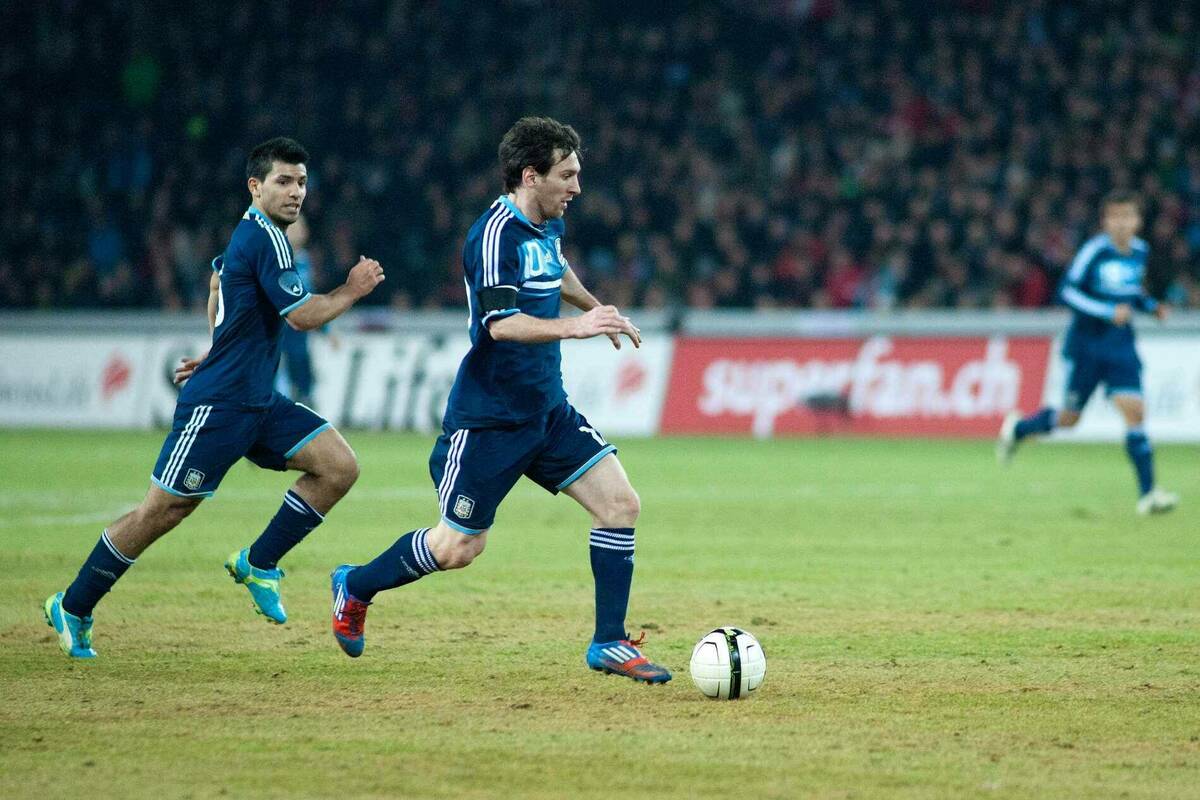 Soccer is a game of movement, shape, and form which is neither objective in any naturalistic sense that could be explained away through the procedures of empirical science, nor is it merely subjective. So, if we need to de-subjectify soccer, then, in equal measure, we also need to de-objectify it too. What I mean by this slightly ugly wording is that soccer takes place in the “in-between.” Soccer is played in between the realms of subjectivity and objectivity that modernity has spent so much time seeking to rigidify, notably in Kant’s laborious, admirable, but ultimately questionable critical project. To borrow the jargon of the influential French philosopher and former naval officer Michel Serres, soccer takes place and is played in the Middle Kingdom by “quasi-objects” and “quasi-subjects,” namely by players who are not defined by their subjective intentions and in a game that is not explained by objective causal powers. In order to understand the phenomenon of play, we do not just need to get out of our heads and our obsession with psychology, consciousness, and inner states, we also need to grant a certain life to the things that fill the field of play. For they are far from being mere lifeless, inanimate objects.

If we locate soccer in the Middle Kingdom, in the in-between of quasi-objects and quasi-subjects, then this gives us a way of approaching the peculiar mixture of reality and unreality that defines the experience of a soccer match and with which we are utterly familiar, even if that familiarity is rarely made explicit. In other words, soccer takes place in the realm of phantasy in the strong, psychoanalytic sense. Phantasy is neither make-believe, it is not subjective delusion, nor is it objectively real. It is that which structures and saturates what we think of as everyday life, a life which finds a peculiarly intense articulation in the phenomenon of soccer. For example, think about the moment when you enter a major soccer stadium, like Arsenal’s Emirates Stadium in north London or the Stade de France in Saint-Denis, just outside Paris. You enter the ground, try to orientate yourself, walk through wide, windowless, concrete halls lined with over-priced concession stands, and then you walk up the steps towards the daylight or (even better) floodlights to find your seat. Then you see the pitch and the entire stadium: shining, gleaming. It is real, but too real, hyper-real, almost too much. It is like watching a movie in an entirely immersive 360-degree sensorium. It is real and unreal at once. We do not feel inside our heads, but out there in the Middle Kingdom. It is the empire of the senses, the realm of the in-between, sensate ecstasy. We are under the spell of William James’s “mysterious sensorial life.”

Which is to say that there is no immediacy to soccer, no direct access to a realm of pure subjectivity or objectivity. Every aspect of soccer is mediated and mediation is not some falling away from a purported immediacy, but the very way in which the phenomenon is presented. In other words, soccer is mediation all the way down. Perhaps soccer shares these features with cinema, which is at once completely real and completely invented. Both real and unreal. Two in one.

In this connection, we could think about the growing influence of soccer video games, both in the traditional soccer homelands, but also in the massive spread of the popularity of the game in territories like North America and Asia. Maybe soccer looks more and more like a video game as video games look more and more like soccer. At which point, the line between reality and simulation gets harder and harder to draw. For many spectators and fans, the experience of soccer is entirely mediated through video games like FIFA, Pro Evolution Soccer, and Football Manager. Not just that, these video games are obviously also watched by players: both by kids who use them in order to learn or hone skills that they can put into effect in matches, and by established players, like Messi, Pirlo, and Zlatan Ibrahimovic, who confess to spending many hours watching simulations of others and themselves. During the 2014 World Cup, Paul Pogba was seen playing Football Manager and coaching Chelsea. He signed himself to his own team.

To watch a soccer game is like entering an animistic universe where everything is alive, everything is endowed with some kind of soul: the players, their jerseys, the pitch, the scarves, flags, and banners waving, the huge television screens at the grounds where you can watch the replays. And again, this soul is not some entity inside the head or beneath the heart. It is ensouled on the surfaces that we watch. Everything seems alive. Even the ball seems alive. The ball seems to animate itself and to possess an intelligence and awareness. It is a quasi-object, full of subjective investment, hovering between the animate and the inanimate.

Let me pause here and say something a little weird, borrowing from a text written by D. Graham Burnett. Burnett quotes Don DeLlilo when he writes (admittedly, he is thinking about American Football), “The football knew that this is a football game. It knew that it was the centre of the game. It was aware of its own footballness.” Now, obviously, objectively this is false. The ball is just a sphere of synthetic plastic patches full of air, of a circumference between 68 and 70 centimetres, weighing between 410 and 450 grams (this is Law No. 2). Yet, the ball feels alive when we are playing or watching. Indeed, it feels like it has a life of its own with which the great player has to commune in play. There is an extraordinary moment in the commentary that Zidane gives to Parreno and Gordon’s movie, when he says that he remembers one moment when he received the ball and he knew exactly what was going to happen. Zidane knew and the ball knew that he would score before the ball had even touched his foot. Zidane adds that this only happened once, but I doubt it. Ball and player seem to possess a co-intelligence based on their shared life. That said, even great players can be made to look stupid by the ball, as it slips inexplicably from a goalie’s hands, slides under the foot that attempts to trap it, or allows itself to be hoisted high over the crossbar instead of buried in the net by a striker six yards from goal. And it is a startling, indeed comical, fact that the precise composition of the ball changes for every World Cup, with Adidas introducing some brilliant new technical innovation for each tournament. Which means that players have difficulty controlling the ball and commentators spend hours discussing it.

In 1974, Thomas Nagel wrote one of the most discussed papers on the problem of consciousness in the last half-century, “What Is It Like to Be a Bat?” But, what is it like to be a ball? Let me risk a further speculation here. The ball is like a dummy, a ventriloquist’s dummy. Now, we know that a dummy is empirically, objectively, just a piece of wood, covered in rags, with someone’s hand up its ass. It is not alive. And yet the dummy feels alive when it speaks, just as the ball feels alive when we are playing. But the strange thing about the dummy is that even when it is not being animated by the ventriloquist and is just lying unused and ignored in an attic, it still feels like it has a potential for life, a terrifying potential, which is why puppets are such sources of uncanny fear, hovering somewhere between life and death, occupying neither one realm nor the other. We might say something analogous about soccer balls. Even when they lie un-kicked on the floor and tucked away forgotten in a cupboard, they still have the potential for movement and life and it is hard to resist the call they seem to make: “Come on, take me out, play with me!” The point here is that we ventriloquize through the soccer ball. We animate the ball with our life and in animating the ball we animate ourselves, make ourselves feel alive with a particularly intense sense of aliveness. But that aliveness is also shared by the ball, which is perhaps the quintessential quasi-object.

We have chosen to replace the term “football” with “soccer” in this excerpt to avoid confusion for our American readers. The author notes in the opening pages of the book that,

THERE IS ONLY ONE significant difference between the US and UK editions of this book: the word ‘soccer’ replaces ‘football’ in the title to avoid confusion with American football, the sport that dominates and dwarfs all others in the USA. And thereby hangs an interesting peculiarity of nomenclature. Most non-American fans I have met in the US mistakenly assume that soccer is an Americanism and they are very picky and prickly about which name is used for the game, assuming that ‘football’ has an aura of authenticity which ‘soccer’ lacks. In fact, soccer is an abbreviation [coined in the the 1880s] of ‘Association Football,’ which is the rightful name for the sport. As such, the name soccer is closer to the experience of association which is the social pulse-beat of football, the collective action of the players and the sense of community that grows up between players and fans. Indeed, until the 1970s – and I remember this when I was growing up in England – the names ‘soccer’ and ‘football’ were used much more interchangeably. Soccer is therefore a perfectly dignified name for the game: football is not just some sport played mostly with the feet, it is the life and movement of human association. 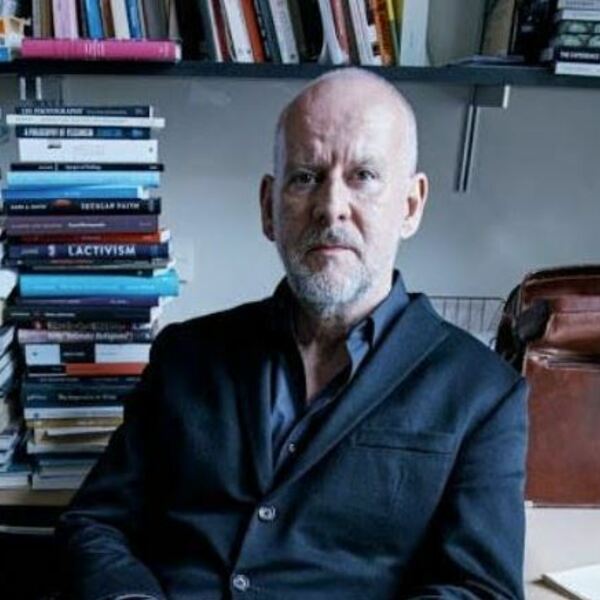 Simon Critchley is Hans Jonas Professor of Philosophy at the New School for Social Research in New York, USA. His many books include Very Little . . . Almost Nothing, The Book of Dead Philosophers, The Faith of the Faithless, Memory Theater, and What We Think About When We Think About Football.

Three or Four Spiritual Paradoxes I Met at the Gym

Jonathan Heaps on shame and grace at the gym. 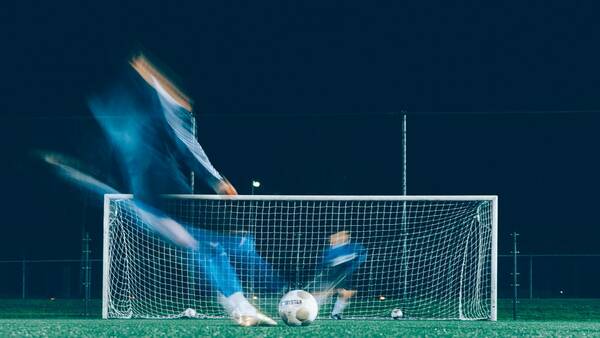