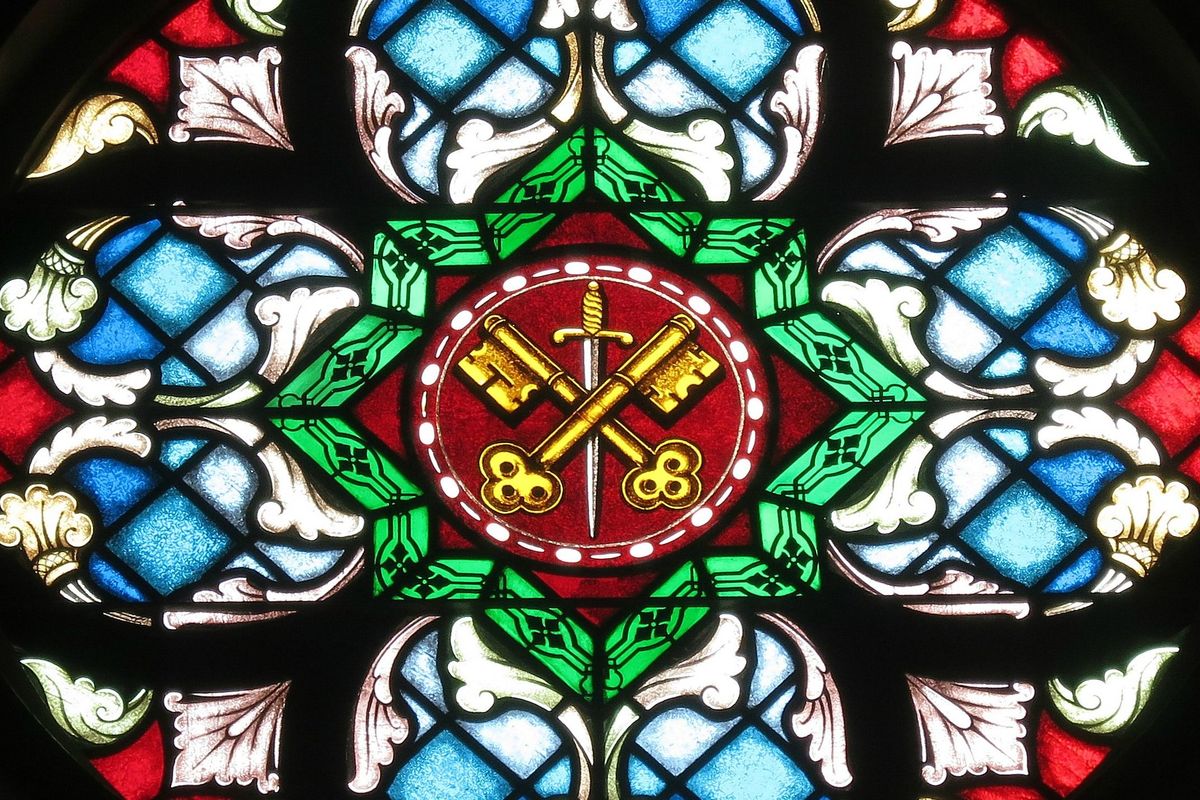 The stark reality of Jesus’ words in the Gospels should often shake us to our inner core. Jesus didn’t come into the world to preach the Gospel of niceness. Rather, Jesus proclaims today, “‘I have come to set the earth on fire, and how I wish it were already blazing!’” (Lk 12:49).

The imagery of fire in the Gospel is connected to the final judgment that Jesus has come to enact upon the world. It is the fire of Pentecost and the final threshing alike.

This moment of divine judgment requires an ultimate decision on our parts. Has Jesus come to enact the Kingdom of God in our midst, or is he just another wordsmith assembling pretty prose for us to savor?

The answer is decidedly the former: “From now on a household of five with divided, three against two and two against three . . . ” (Lk 12:52). Jesus does not come to enact a kingdom of quaint domestic peace. If you say yes to Jesus, then there could be enmity between father and son, between mother and daughter.

If Jesus is really who he says he is, then that’s an all or nothing decision. There’s no common ground here in the Gospel. The Kingdom of God is at hand.

It strikes me that these are difficult words for us to hear during an election cycle. Perhaps, we too long for a domestic peace where we Catholics can practice a politics that makes us feel at home in the world. We want to feel at peace among the Democrats or the Republicans or the Libertarians.

But this kind of “being at home” is not an attitude the Catholic can ultimately have. After all, the great prophets like Jeremiah speak true and difficult words to those in power, finding themselves thrown into the pit of prison because of their prophecy.

Yet, the vocation of a Catholic in the public sphere is to speak these difficult words. Every life is sacred from conception to natural death. To live in a nation where abortions are applauded is a perversion of the Kingdom of God. To live in a nation where undocumented immigrants are taken advantage of, used as the scapegoat for all our problems, is an assault of the Kingdom of God.

Jesus has come to set a fire among us. The standard for excellence is not set by even the best-intentioned political platform. Rather, it is the Cross alone where we Catholics learn the politics of ultimate love.

This journey toward a politics of self-gift will not always be especially easy. Jeremiah is thrown into prison. Jesus is sentenced to death. Saints have been martyred as they proclaimed that God is love in a world that has rejected such ultimate assertions.

Yet, we follow in the footsteps of the God-man, Jesus, who “For the sake of the joy that lay before him . . . endured the cross, despising its shame, and has taken his seat at the throne of God” (Heb 12:2). The Lord risen from the dead still reigns over creation, marked with the wounds of his sacrificial love. And Jesus is still setting the world afire through the warmth of the human heart baptized into divine love, giving itself away, foolishly until the end of time itself.

This article originally appeared in Our Sunday Visitor: Newsweekly on August 3, 2016 and is reproduced here with the permission of the publisher.