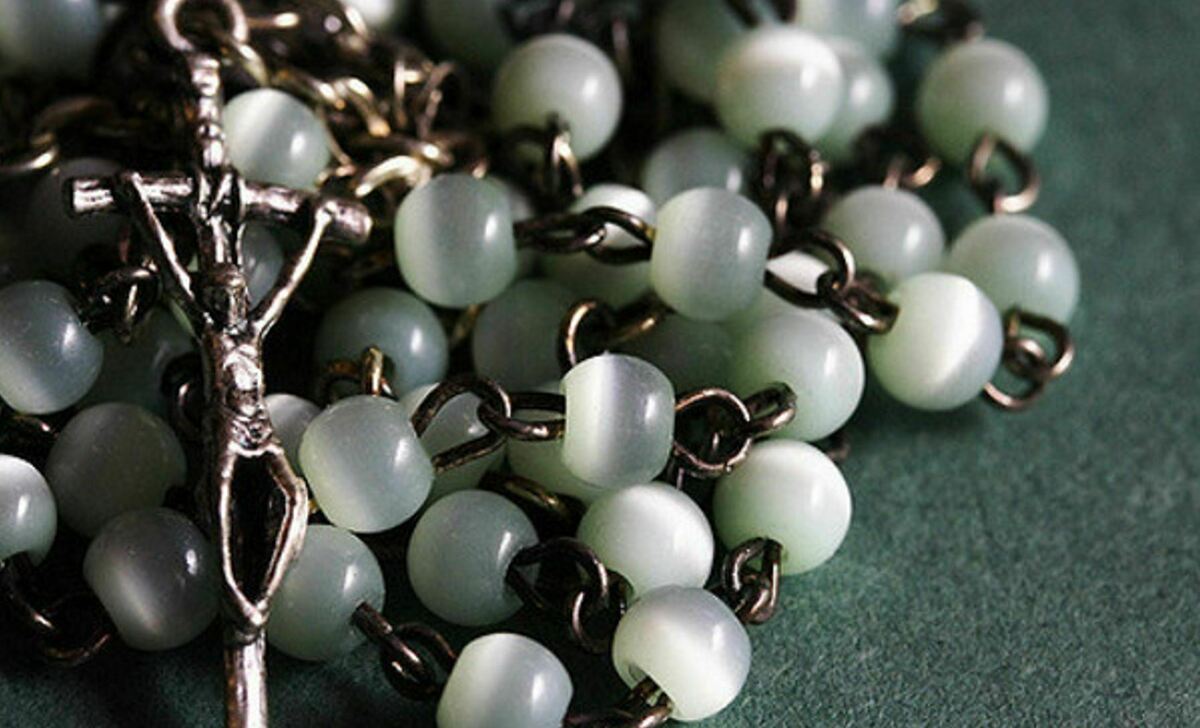 I became aware early in the year that the task of catechizing their children overwhelmed the parents of my students. They walked into my room and felt out of their depth. They were perfectly at ease criticizing the approach of the new Social Studies teacher but walked on pins and needles asking me about my curriculum.

One interaction at parent-teacher conferences summed this up: a couple sat in front of me, clearly trying to find out more about the Religion class’s content than their son’s performance. “You know,” said dad, “this is really important. This class is why we come here.” After an uncomfortable pause he added, “So what are you guys talking about in Religion?” He knew it was important that they learned about their faith, he just had no idea what that looked like.

This conundrum of invested but confused parents popped up again when I decided to do a day on the Rosary. It was actually our second Rosary day, and this time I told the students to bring in a rosary if they had one.

The seventh and eighth graders mostly “forgot” (or didn’t want to be docked cool points for caring about school) but most of my sixth graders brought in beautiful rosaries. One student had a rosary his aunt had gotten for him in the Holy Land. Many had lovely rosaries purchased as presents for their first Holy Communion, still in beautiful boxes. After a lesson on the Luminous Mysteries of the Rosary and a game trying to help the students memorize them, I told them it was time to take out their rosaries. We voted on which mystery we wanted to reflect on with the last ten minutes or so of class. I handed out some extra rosaries I had brought, and then began the Sign of the Cross.

Anna, one of my sweetest students, raised her hand and said, “Um, Ms. Burr, how do you pray with this?” She was holding a rosary, maybe out of its box for the first time. She didn’t know where to start or what beads stood for which prayers. I quickly backed it up and gave a quick anatomy of the rosary. I sprinkled in instructions with the prayers: “If you’re following along, you should be on the third little bead,” and so on. It hadn’t occurred to me that someone who owned a rosary would not know how to use it.

During the eighth grade class, Victoria asked me, “So how do the mysteries go with the decades, exactly?” I went over how the five mysteries in each set lined up with the five decades, or sets of Hail Mary beads, so that you could meditate on all five mysteries if you went around the whole rosary. I could not imagine that Victoria, possibly the smartest student in the eighth grade, would have forgotten or misunderstood the way the mysteries fit the rosary beads if the concept had been introduced to her in the last few years.

My students are all unquestionably Catholic. Their Catholicism is an important part of their identity. They go to Catholic school. They receive the sacraments. Their parents (and teachers) appeal to Jesus when doling out punishments. But teaching the Rosary made me realize that I need to start with the basics when I introduce something new. On a deeper level, this makes me hope that I can discover a way to empower the parents of my students to explore and pass on the stories, prayers, and traditions of our faith.

Sami Burr is '16 graduate of the University of Notre Dame. She serves as an Echo Theology Teacher at Nativity Catholic School in the Archdiocese of Indianapolis