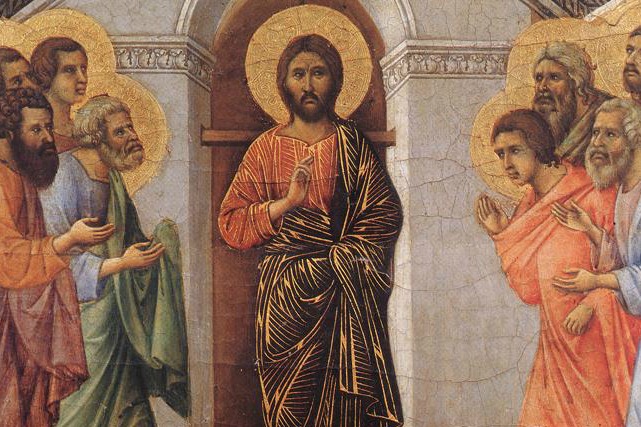 As a Cradle Catholic it is safe to say that I am more than familiar with going to Mass on Sundays: it has been a part of my weekly routine since day 6 (I was born on a Tuesday. Nobody’s perfect). My understanding of and attentiveness to what happens during the Mass has changed over the years as I’ve grown up and taken more interest in my own faith. There were some parts that just didn’t make any sense to me, and others that I thought were secretly hilarious when I was younger but have today become some of the most meaningful prayers in my life. I find every time I go to Mass something different sticks out. “Blessed is he who comes in the name of the Lord” is probably my favorite line of the Mass right now and I only feel like I started to understand it within the last few months. And be honest: when you were ten “The Mass is ended” “Thanks be to God” was comedic gold. I’ll admit it, sometimes I still snicker.

A part of the Mass that I really didn’t begin to understand until a few years back was the Sign of Peace. Even after I began to reflect on liturgical prayers like the Creed or Gloria, things I could clearly see were theological in nature, the more action-oriented parts of the Mass didn’t get much attention from me. The practices of the community of faith can often look quite strange when viewed from the outside or out of context from the theology behind them. But to understand something like the Sign of Peace it is important to view it as praxis, or the putting into practice of a particular theological concept. These praxes, when we act together as one, using our bodies and words together in joint expression, are often some of the most important things that we as a community can do.

Following the doxology of the Our Father the priest extends to those gathered “the peace of the Lord.” Over and over in the Gospels we see Christ extend peace to those who come to him. Regardless of whether they were doing so out of a desire for healing, reconciliation, or forgiveness, the peace of Christ is always extended. Now as we prepare to literally come to Jesus (in the communion line), so as to receive his Body and Blood, we too become recipients of this unexpected, yet wholly necessary, grace. We are reconciled to God so that we might receive and be received in relationship with him. By then sharing the Sign of Peace with one another, this is extended to our neighbors as well. God calls us not only to love him with all our hearts, but to also love our neighbor as ourselves. Sharing in the peace of Christ serves is also a foretaste of the eschatological peace of Heaven. Within the Communion of Saints there is no strife, no animosity, no conflict. When we strive to be completely united with Christ we must also make His Kingdom known in our relationships with one another.

As a kid the parts of the Mass that I really liked were the times we got to do something. Singing along (with everything but the psalm because I could never remember the refrain), holding hands at the Our Father, and especially milling about during the Sign of Peace were always real highlights of any Sunday. Given how little attention I was paying, the sudden social hour that would break out right before communion was always welcome. At the time, it had little significance for me other than providing space for a weekly hand crushing battle with my brothers. It can seem silly but I think there is almost no better image that captures the gravity of misunderstanding the Sign of Peace then a war between brothers. Without realizing it, we were creating animosity and opposition while being called with those around us to reconcile our differences.

When the meaning of our liturgy is lost, what was once praxis devolves quickly into a routine practice and very easily can lose all meaning. Hopefully you’re not still engaged in such weekly gladiatorial bouts, but I think the Sign of Peace does stand as an invitation for all of us to reflect on where God is really calling us and what personal grudges and trespasses we have failed to set aside in our efforts to accept that call. Looking both to the community gathered in the pews around us and to the eschatological banquet feast of Heaven, the Sign of Peace reminds us to rejoice in our companions and join hands as we walk joyfully to the Lord.

Timothy J. Kenney is a 2014 graduate of the University Notre Dame with a Bachelor of Arts in Theology and History. He now lives in Boston, MA with his wife and daughter where he is pursuing a Master of Theological Studies at the Boston College School of Theology and Ministry.