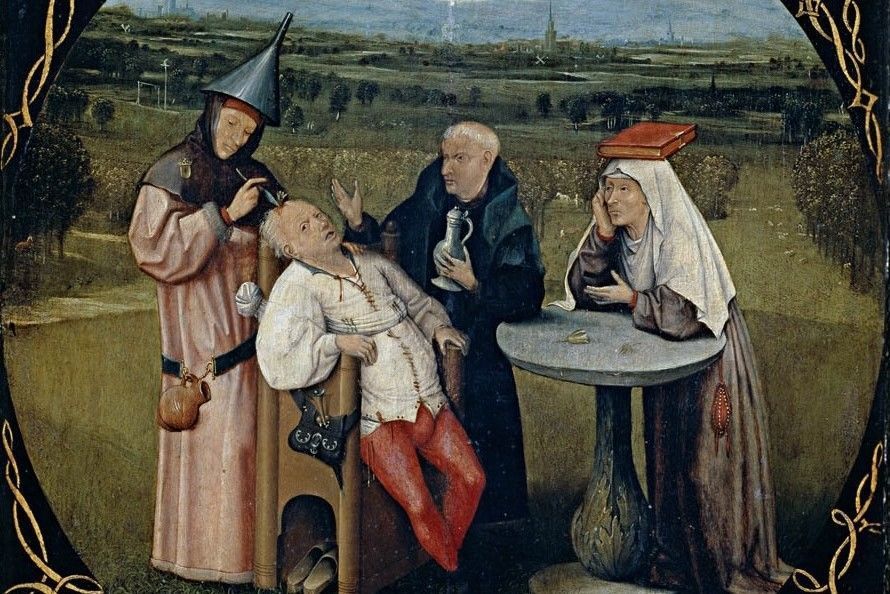 If you spend enough time on Twitter (which I sadly do), one encounters a Catholicism radically distinct from that experienced within life in most parishes. It is a Catholicism that conforms itself to an American political ideology rather than an expansive and generous account of orthodoxy that has marked the Roman Catholic Church’s discourse when she is at her best. A critique of certain dimensions of capitalism according to this political ideology immediately marks one as a communist, condemned by Leo XIII. Or, a critique of any dimension of the Second Vatican Council colors one as an anti-conciliar (and thus anti-Pope Francis) traditionalist. Rather than measure one’s fidelity to the Church according to the Church’s own regula fidei, such political ideology requires that one conform oneself to the ideology of a preferred in-group.

In a short essay in his Creative Fidelity, Gabriel Marcel worries about this distinction between orthodoxy and conformism. Orthodoxy, according to Marcel, “is an absolute fidelity to the Word which has been made flesh; it is the fidelity of an adhesion or a response; it is incarnated in the Credo which is intoned at every hour of the day and in every place by the voice of the Universal Church, and in every man of faith so far as he participates in this living Body.”[1] Orthodoxy does not mean that one stops thinking. Rather, it means that one faithfully gives over one’s thinking, willing, and acting to the Church’s wisdom. This receptive openness to the Church’s wisdom is a creative act that allows the Christian to find meaning in existence through philosophical and theological reflection on experience.

Thus, orthodoxy is not conformism but creativity. Conformism, Marcel writes:

. . . whether intellectual, aesthetic, or political, implies submission to a certain order emanating not from a person but from a group which claims that it incarnates what must be thought, what must be valued, in a particular country at a specific moment in time, but a group which is careful, to be sure, not to acknowledge the stigma of relativity which affects every mode of knowledge or taste.[2]

. . . our responsibility as catholics is to recognize first of all that there is surely no sense in wishing to think here as catholics; but the question rather is that when confronted with something which brings out both the best and the worst in us, we must adopt a critical attitude…not to swerve towards one side or another from that justice and charity without which there is only partisan warfare.[3]

For Marcel, there is no intrinsic Catholic viewpoint on the relationship between the Church and the world. This is not what orthodoxy promises. Instead, the intrinsic Catholic viewpoint is an openness to engaging reality as it is. And to engage reality with interlocutors out of a spirit of caritas—to avoid presuming the worst of one’s fellow Christian or human being. When one leaves behind caritas for Marcel, then one has sinned against Christ and thus orthodoxy alike: “Can it not be said, therefore, that any lack of Charity, not so much on the part of the Church as on the part of those whose tremendous mission it is to act in its name, constitutes an attack on Orthodoxy itself…”[4] The Catholic engages the world from the perspective of an ultimate reality, a final vision of human destiny as meant to participate in the beatific vision.

The problem with too much discourse on Twitter is that it does violence to authentic Catholic orthodoxy for the sake of a political ideology that is fundamentally about power. It ignores the imitatio Christi that is at the heart of Catholic life for forms of rhetoric that include insult, mockery, and indifference to real questions offered by one’s interlocutors. One’s opponent is shut down in the name of this Pope, this Council, this theologian, this historical period in the Church, or this critical theory. The regula fidei is reduced to one’s own personal projects rather than the Church’s Creed.

Orthodoxy should presume a humility that is too often lacking in the Catholic cultural elites of our day. After all, Catholic orthodoxy depends upon a radical receptivity to divine revelation. It means not creating for oneself a vision of reality but receiving it first as gift as embodied in the Creed, in the Church’s ecclesial practice, in the liturgical worship of the Church. To think as a Catholic would mean that there are not obvious political or social solutions that one can determine merely by reading the Bible or turning to this patristic, medieval, or contemporary theologian. It would mean that no Council (Trent, Vatican I, or Vatican II) provides every answer for the Church today. To think as a Catholic could mean that theologians are sometimes wrong, that bishops have been wrong, and that sometimes I am wrong.

Yet, the conformism of Catholic Twitter refuses to recognize the partial nature of any particular system. The “progressive” Catholic is always right because his or her system is correct. The “conservative” Catholic is always correct because one operates out of the proper framework for understanding reality. In each case, the conforming Catholic sins against hope and communion alike. For the one who remains radically open to reality, not letting oneself be determined by a temporal system of thought, dares to hope. The one who continues in dialogue, in communion with the other, keeps alive love.

The conformism of Catholic Twitter in particular is in radical contrast to actual ecclesial life in many parishes (again, when these parishes are at their best). Here, human beings enter the church building Sunday after Sunday as Catholics. They listen to the Scriptures, proclaim the Creed, pray the Eucharistic Prayer, and commune with the living God and each other. They attempt to make sense of their own existence from the Church. They are not ideologues but those seeking to live as Catholics in the world, to function as neighbors with men and women, to love as Christ loved. They may suffer from their own ideologies, their own conformity to systems of thought. They are sinners. But, in their weekly participation in the Sunday Eucharist, they discover anew the Eucharistic Lord who comes not as a system of propositions but as presence, as hope, and as love.

As such, Catholic Twitter would be wise to turn its eyes away from its own self-importance, its own political back and forth about the proper interpretation of the Second Vatican Council. Not because such arguments can be avoided. Instead, it may find in the act of worship the true meaning of the Church as a sacrifice of love. And there, the conforming Catholic user of Twitter will also discover the proper attitude for continuing his or her task: an orthodox humility, a receptive openness to the God who interrupts our rather thin systems.

“Lord, I am not worthy that you should enter under my roof, but only say the word and my soul shall be healed.”