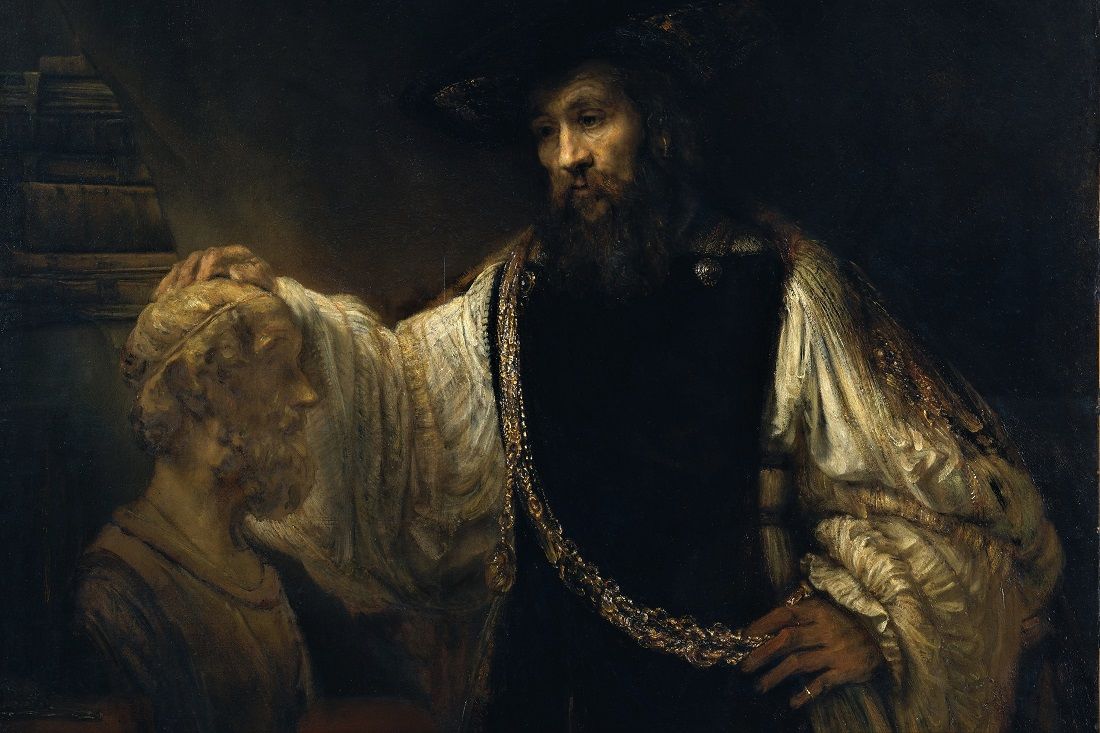 In 1986, Stanley Hauerwas wrote an essay with the long title, “How Christian Universities Contribute to the Corruption of Youth: Church and University in a Confused Age,”[1] reminiscent of the accusation against Socrates, but ultimately siding with the Athens of our day. This came to mind as I was recently teaching Marx’s Manifesto and reflected upon our academic penchant for turning Marx outward rather than towards our own sacred cows, so to speak. What should we find were we to turn his critique against the realm of higher education as many of us experience it today? We need not be Marxists of the orthodox persuasion, of course, but at least use him as a jumping off point. Some thin description of the college experience is necessary first.

Somewhere in the United States, let us say Idaho, a young person receives to great joy their college acceptance letter and, close on its heels, a letter regarding either discounts to tuition or loans which will sum to a rather large number by the end of their college career, whether that be in four or six years. Soon enough, they are off to some exotic far off state, say New Jersey, to begin their college career. Uprooted from Church or Synagogue or Mosque, from family and friends, from the larger community of older and younger, they make their way East where, as if Locke being judged wrong about the original state of nature, we decided that we can set them right by creating the “national university” (regional is too financially precarious), a place where they become for the first time truly atomistic Lockean individuals.

There is, of course, a felt freedom here, a power to choose who one is when one is no one to all who are similarly both uprooted and hoping to congregate. Some will have more, some less freedom to so choose their identity dependent upon a number of factors, including wealth, class, gender and race among others. Nevertheless, one feels the power of choice to a greater or lesser extent. Perhaps one seeks to join groups, to limit their own freedom to some extent to become a member of a larger whole, a fraternity, a team, a band, a trivia night team, etc.

So, uprooted and now finally an individual, one feels free, but also anxious and perhaps a little alone. One freely joins a group of some sort, especially since joining is encouraged by the university administration for retention purposes (among others). The University has drawn the student with great promises of jobs and prosperity upon leaving college and perhaps also some language about educating the whole rather than a part of the person. The University is also a place where interaction will take place mostly amongst people of the same age group, that is, young or emerging adults between age 18 and 22.

Drinking establishments will often circumscribe the campus so that alcohol will be accessible, even if laws are in place to prohibit it on campus. It should not be considered odd, then, that many couples meet in their college years; after all, the collection of young people, a common set of experiences and alcohol is going to support or even recommend a measure of coupling one would think. In the meantime, the intoxicating freedom of college, and subsequent coupling off, supports the creation of a mobile work force; a mobile work force ensures that large corporations have a large and ready supply of middle managers and, thus, wage suppression.

When asked why they are in college, many a student will reply that they are in college to find a job when they leave. This, of course, sounds cynical to professors, who may be congenital skeptics, but who are not cynics. Indeed, many are idealists. Colleges themselves, however, race to cut humanities requirements and shrink departments, seek students who know what they want to major in from the start, bolster professional or “job-ready” majors and even allow them to consume an inordinate number of credits so that electives (read: exploration) becomes near impossible. In other words, when college students reduce college education to a jobs program, they are only mirroring back to us what we are telling the larger society by the curricular and fiduciary choices we have made ourselves.

Of course we still speak of the intellectual life, the life of the mind, education of the whole person and whatnot, but even humanities requirements are not justified on this basis. Generally, we justify humanities by the transferable skills they are likely to produce: reading and writing, oral communication, numeracy, critical thinking (that highly elusive term) and the like. Our justifications are nearly all instrumental, that is, aimed at jobs and not valued for what they effect in us as we read, say philosophy or literature. The latter, the effect on our person, one might even say our soul, cannot easily be measured or fit into a rubric or put on a job application. It is the stuff that happens quietly, while reading a book, in a conversation with a friend or even in a noisy argument. Surely, the skills learned are meaningful and support further exploration. But that exploration, that search for meaning, the good, purpose, love and transcendence, for sifting human goods from false promises are the genuine human and humanizing goals. One might summarize them as the developing of a propensity for a deep and abiding joy.

Nevertheless, these must get marginalized in the great push for professional training and job readiness, for quantifying goals, for making money immediately after graduation. After all, that young person from Idaho now has $120,000 in loans to pay, has met a young woman from New Jersey where houses cost $400,000 and taxes are upwards of $10,000. Should he have a weak Saturday morning where serving humanity after college, say in the Peace Corps, or, Teach for America suggests itself to his idealist heart, then the icy cold finger of reality quickly freezes this better impulse and calls him back to earth.

You may think that when I relate this analysis to students, and end with a dramatic, “Behold the great endeavor of higher education,” they all feel miserable and depressed. Certainly it does nothing to lighten the mood. It does, however, somehow have what seems to be a cathartic effect, as if they received the words to put to their experience, so they could look at it full in the face. They know something is out of sorts, but are not sure quite what it is or how to name it. Yes, it is a dark, too dark, a vision. Many wonderful things happen in college, none the least of which is forming wonderful friendships, finding new interests, exploring or developing new sides of the self (assuming this is permitted). Some of the teaching—more than many suspect—is remarkable for its dedication, intelligence and even love.

Still, the system is rotting, is perhaps already full on rotten. Even exploring ideas is discouraged because a student who flits about a bit looking for a major is not a good recruit; we are less likely to retain such a student so might as well weed them out from the outset. Such a view is a deathknell for the humanities given that few students go to college thinking to themselves, “I would love to read Saint Augustine and Simone Weil.” This does happen, however, once students are in college if the conditions make it possible or even better, probable.

Catholic Colleges and Universities are in a position—I will not say unique, but unusual at least—to resist this liberal dystopia. Resistance, however, does not happen accidentally; it cannot be relied upon to happen through the Catholic atmosphere or penumbra deemed to somehow inhabit the air like incense spreading from the chapel outwards. The opportunity for Catholic colleges comes from a variety of self-understandings that make resistance almost necessary to being a Catholic university.

Catholicism believes in the soul, the orientation, that is, of all thinking, contemplating, and loving towards a higher ground; Catholicism believes this soul to be from God and for the world, for the neighbor in need. This soul has a dignity that must receive more than technical knowledge; it demands edification. We at Catholic colleges are in the business of building souls who can carry forth what Pope Benedict XVI calls “Christian loving service,”[2] not reducing them to easily manipulable shells of themselves so as to be “realistic” and congratulate ourselves for being so.

This all means that the liberal arts, the humanities, must return to the center of all Catholic education. Theology certainly needs to be present in a strong and strongly supported form. It needs to be joined to a substantial dose of liberal arts as well. Catholic colleges are not primarily in the business of supplying the world with middle managers. Or, if they accidentally are in such a business, their middle managers ought to be the type that can gain joy and solace from music and art, can make smart and informed political decisions, can discern nuance, ambiguity and polyvalence, can help build up community, can see in their spouse and children and friends and even their enemies the image and likeness of God.

Catholicism’s unique care for tradition, a tradition that needs creative handing on, means that our roots lie deep in the past together with all those who populate our identity and shape our perception. Catholics know that the deepest of these roots spring from a transcendent source that makes the old new and the new beautiful. It is our task to make education beautiful again, and to justify that beauty through lives lived for others. 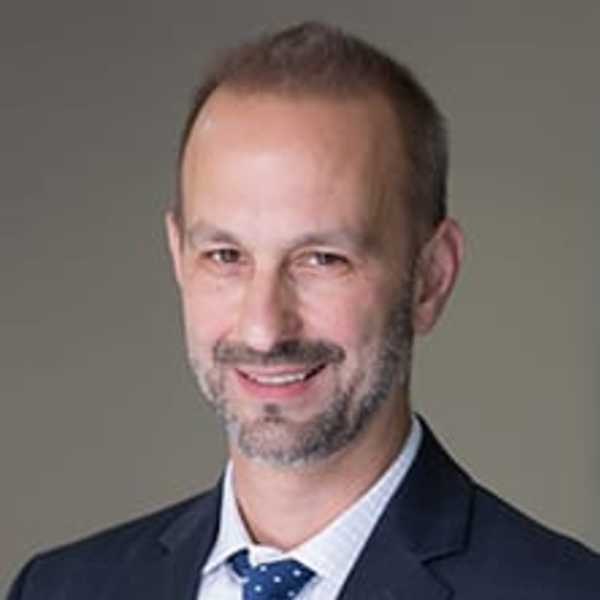 Anthony Sciglitano is an Associate Professor in the Religion Department at Seton Hall University. He has been Chair of the department and has directed the University Core Curriculum. His book on Hans Urs von Balthasar, entitled, Marcion and Prometheus: Balthasar against the Expulsion of Jewish Origins from Modern Religious Dialogue was published by Crossroad in 2014