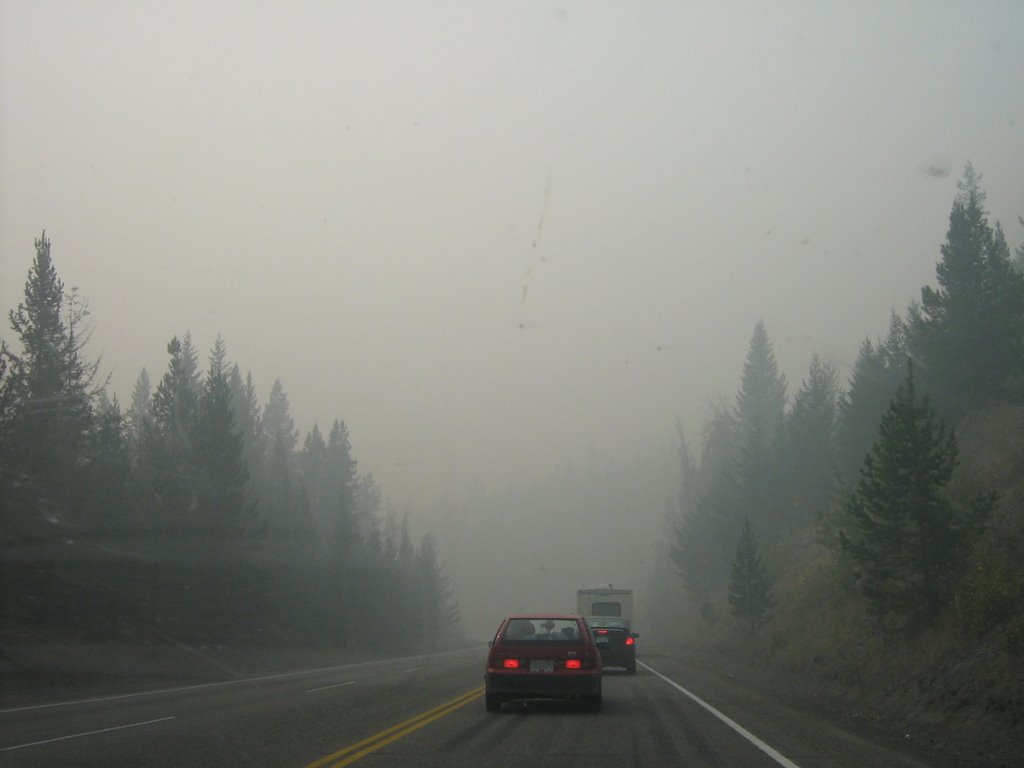 "I, like basically every human ever, deeply dislike the inability to see the road in front of me. It’s uncomfortable. It’s agitating. It’s really easy to lose hope."

Visit here to listen to Madeline Lewis, a Notre Dame senior, tell a story about fog, bread, and unexpected grace in the uncertainty of waiting. Subscribe to the Stories of Grace podcast on iTunes U and receive automatic notifications when a new story is published. The full text of Madeline's reflection is below.

A few weeks ago, I drove from Indianapolis to South Bend on an early winter morning. I trusted that the highway road I was driving on continued in front of me, but I couldn’t see it. I couldn’t see anything that morning: and not because I had forgotten my glasses or had decided to perform the risky feat of driving with  my eyes closed. I couldn’t see anything because the thickest, haziest fog enveloped the fields around me for miles and miles ahead. As I drove my car slowly and steadily and seeing nothing, I began to smile. I was overjoyed. You see, I had been wanting to see a good fog for quite some time.

But before I can tell a story about fog, I have to tell a story about bread. I have been enjoying bread for my whole 21 years on this Earth, but I really began learning about bread only 2 years ago. On a warm evening at the beginning of the semester of my junior year, I was standing on the edge of St. Mary’s lake with my boyfriend. He was peacefully silent, staring out, when all of sudden he started to sniff. He sniffed, and he proclaimed, excitedly: “It smells like good bread!”

Now, for one thing, I didn’t smell anything that smelled like good bread, only the slight stench of the lake and perhaps at best the crispness of leaves. I laughed at his specific insistence that the smell was of “good” bread, and not just your average, ordinary loaf. In the weeks that followed, I took to periodically exclaiming that it smelled like good bread outside as a small joke that I derived far too much pleasure from. Who can say for sure how it was that, immediately following this small evening moment, I began strange, out of character things like watching Youtube videos about how bread is made, voraciously reading lists of the best bakeries in the world, and compulsively cataloguing all the puns that can be made out of the word “yeast”. I began to wonder: what does it mean to look at the world around us and smell bread? I began to think that this sort of vision had a lot to do with patience. I began to see myself in the bread: imperfect, but baking; not yet what I was created to be, but miraculously allowed to embark on the process of becoming.

As it turns out, a year after wondering so much about bread, I started to turn some of that wonder into words on a page. On the first day of Advanced Poetry my senior year, my professor asked each of us what sorts of poetry we would be writing. I spent the entire time up my turn nervously and meticulously composing an answer in my head that was totally different from the simple response that tumbled out of its own accord: “Well, I think I’d like to write poems about bread, “ I said to my class, and they laughed and then smiled encouragingly when they realized it wasn’t a joke. Later in the semester, when it was time to create my 25 page poetry portfolio that all my prospective graduate schools required, I found I had nothing to give them but bread. Which was ironic, because I felt remarkably unable to see myself in bread as I had in that moment by the lake. After submitting my applications, I felt no peace, no patience, in the process of becoming. I did not feel like bread, baking in the oven. No way was I bread baking peacefully, smelling sweetly- no, I was more like a person in the kitchen, sitting at a table grumpily, my stomach growling, as I eyed the oven suspiciously just waiting for the bread to be ready already.

I have always hated driving in fog. I, like basically every human ever, deeply dislike the inability to see the road in front of me. It’s uncomfortable. It’s agitating. It’s really easy to lose hope. Waiting is not easy, and after I submitted my poetry portfolio, and began the wait for grad schools to deliver their verdict to me via envelope, email, or phone, I imagined that I was driving in a small and shaky car on a road that was completely enveloped by fog.

In fact, the hardest poem in my bread series to write was the one about fog. There didn’t necessarily need to be a poem about fog amidst all my poems about bread, but in my bread research I came across a small story that captivated by imagination. I learned that in foggy places, bread flourishes. Fog allows lactic acid to ferment in the dough, lactic acid that in turn helps bread rise and grow thick in density. Lactic acid can change not only the composition of the dough, but also ourselves: the chemical composition of lactic acid is such that, when we knead dough with lactic acid, our hands soften.

In short, when we take bread that has been nurtured by fog, it softens us.

I still haven’t heard from the schools that I have applied to, but I have begun the process of thinking of the unknown ahead of me- the fogginess of my life- as a grace from God. I see, ever so slowly, that this time of unknown is softening me: and I long for my heart to become softer. As thick fog hangs over the road ahead, I hear the call to be someone with soft hands. Hands that are not shakily clutching the steering wheel anxiously. Hands that are not counting the minutes until the bread is done. Hands do not cling to self-made plans, but soften to receive more fully the Bread of Life, the One who dwells with me in my waiting. I am learning that, slowly, I am being asked to become someone who smiles at the sight of fog. Bit by bit, I am growing into someone who can still smell the smell of good bread: the smell of peace and patience, and trust in the uncertainty of the wait.