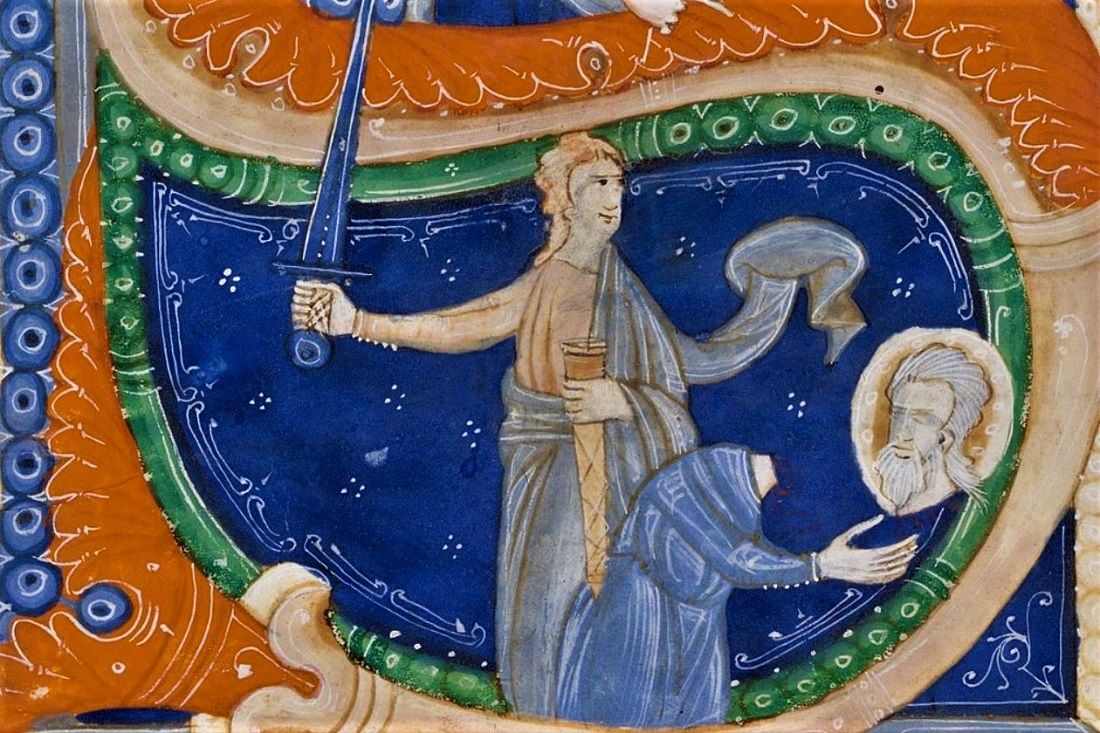 I took my son and his friend to see Paul, Apostle of Christ in the theater during Holy Week. It seemed an appropriate thing to do. Besides, there is something potentially powerful in seeing a film about the origins of the Christian faith in the same theater where my son has watched the most recent Star Wars films and other things like that. Those stories that he has loved are stories of great heroism, adventure, and matters of life-or-death. Maybe by seeing this film in the same setting, the fact that this story is about all those things and more would be reinforced? I think my son liked it, and we talked about it in the days to follow. I liked the film, too, but I also found myself challenged and inspired. And it was actually several little things that did this to me.


First, the mentoring that the film portrayed in the early Christian communities grabbed my attention. In this particular narrative, it began with Paul who mentored Luke, strengthening the younger man amidst his doubts and counseling him into the maturity of freedom, where one discerns patiently, takes responsibility, and acts. In turn, Luke mentors the community at Rome, especially in the persons of Priscilla and Aquila, who have taken the poor, the widows, and the orphans under their care. Luke is not only the go-between for Paul and the community from which he is absent, but Luke is also himself the community’s source of nourishment, becoming for others what Paul is for him. While caring for and guiding the many who are gathered in their community, Priscilla and Aquila also mentor each other. They speak honestly, they listen to each other, they discern patiently, they are willing to accept the possibility of going different directions from one another according to the Lord’s will for each of them, and they bless each other.

It was inspiring and challenging to witness all of this in the film, especially because I came away with the clear impression that growth in the Gospel—in “The Way”—has always been like this and always must be. Those who have received and who have been strengthened must become the ones who give and strengthen those who come after them. Passing on the Gospel isn’t merely a study of facts or the communication of principles—though it is that, too. Rather, it means becoming a witness to others and a source of life for others, out of love. Paul himself, while passing on his story to Luke who is writing the Acts of the Apostles from his mentor’s words, recalls the years of his own formation in “The Way.” It was once new to him and he, who had not walked with the Lord as Peter and the others had, relied on them to teach him how to pray, how to speak, how to love. Mentoring goes all the way back to the beginning.

On the flip side of this, it was also evident that Luke was a comfort and blessing to Paul. In like fashion, Aquila and Priscilla were treasures to Luke, as they were to one another. The poor, the widows, and the orphans gave Aquila and Priscilla life. The ones who mentored received solace and joy from the ones for whom they cared.

It is obvious how the Christian martyrs had “skin in the game”—those who were burned in the streets and forced into Nero’s circuses clinging to nothing other than their faith and their poverty. But that wasn’t the only thing that made an impression on me; I was also stirred by how much living “The Way” required all these Christians to have “skin in the game.” Living peaceably with others in the community and especially within the violence of Rome in the 60’s was painful, costly, and not easily achieved. Returning violence for violence, hate for hate, evil for evil would have been easier. Absorbing the repercussions of all those things took a toll on Paul, Luke, and the others. They had to learn—through their bodies, their minds, their hearts—what it means for love to be “patient and kind” and all the rest. It was a lesson learned through their bodies. Peace is hard, and it is costly.

The same may be said of charity. Priscilla and Aquila above all witnessed to the costliness of assuming the needs and wounds of others with kindred affection. They subjected themselves to weeping for the sorrows of others, mourning for the loss of others, heartache for the absence of others, and they shared the burden of pain with others. To perform the works of mercy has never been easy, and it was even more difficult for those Christians living in Rome under Nero. They had “skin in the game.”

Something about the true depth of beauty in the Gospel is made present here. It is a harsh beauty at times. What I saw in the film’s portrayal of these early Christians is that the Gospel they received and which freed them also cost them. Yes, it cost the martyrs who gave their lives as a final testimony, but not just them—it cost all of them. They all had to change, to grow, to struggle, to move through uncertainty, to become creative in their ways of loving in the most inhospitable of environments. Theirs was no mere intellectual faith, no faith of perpetual optimism, no faith of simply consolation. Theirs was instead the faith that this “Way” was the truth, that it was the only “Way” to live, and that what Christ did for all of them was the pattern for what they must do for others.

The Gospel was not then and is not now just a message to be passed on, but a transformation to be undergone.


The third and final thing that moved me in the film was the presentation of the “thorn” in Paul’s side (2 Cor 12:7–9). There is no way to know for sure what Paul means when he writes of this thorn, yet the filmmakers offered something stirring for our imaginations.

In the darkness of his cell, all alone in the watches of the night, Paul is afflicted with flashbacks to the violence he inflicted upon others during the years he was filled with zeal for persecuting Christians. He has blood on his hands. The devil stirs in the night to remind Paul of his sins and urges him to consider his sins as greater than the grace that has set him free.

In the first book of the Bible, the serpent is a tempter, but in the last book of the Bible, the serpent is full grown and no longer merely a tempter. He is now an accuser. The dragon accuses the saints of their sins, reminding them of their unworthiness, tempting them to believe that their sins are greater than the grace they have received. Paul’s memory is haunted by these accusations. It is a perpetual thorn in his flesh. And in that way, it is also ground-zero for his faith in Christ. To trust in Christ is visceral, bodily, tied up in the darkest parts of his memory. All of his evangelical zeal springs from his bedrock belief that what Christ has done for him is true. He did live in sin, but now he lives in Christ.

Even Paul—especially Paul—never gets past this fundamental act of faith: believing that Christ heals me.

PAUL, APOSTLE OF CHRIST arrives on Digital on June 12 and on Blu-ray, DVD and Digital June 19.

Editorial Statement: During the month of April, Church Life Journal will consider the nature of the liturgical imagination in art, music, sacramental prayer, and ritual action.