As the title suggests, Gerhard Lohfink’s No Irrelevant Jesus, essentially a collection of short talks on various biblical themes, is concerned with the relevance of Jesus today. However, as more than a century of biblical studies has demonstrated, Jesus’ supposed relevance has been inflected in so many divergent ways that such an enterprise necessarily falls under a cloud of suspicion. The approach has often been to dismiss the “Christ of faith,” deemed hopelessly irrelevant for modern times, and instead to figure him as a radical prophet, a wise teacher, or an emblem of whatever social movement happens to be in vogue. Lohfink, by contrast, does no such thing. He does not claim to have discovered a new truth that will finally and definitively make Jesus important today, but rather claims simply and incisively that he has always been relevant. Rather than his relevance being circumscribed by our current standards and expectations, Jesus is most relevant when the Church lives up to his standards. Jesus cannot be separated from the Church, and thus, for Lohfink, Jesus is relevant not in spite of his ecclesial veil, but because of it. Though not a work of ecclesiology per se, Lohfink’s study of the historical Jesus always bears in mind that Christ’s Incarnation is prolonged in his Body, the Church.

However, rather than exculpating the Church and incriminating the world that simply fails to see Jesus’ relevance, Lohfink consistently shifts the burden of proof onto the Church. Jesus’ relevance, or the relevance of the Church, is not a fait accompli. As the Church has always recognized, its true identity (its essence) is not the same as its actuality in any given historical moment (its existence). It is the Church that often makes Jesus irrelevant by not receiving the gift of its own identity. Thus, instead of making Jesus relevant by an accommodation to the current expectations of the world, which for Lohfink is always a distortion of the Gospel, “there are areas in which Christian communities must be counter-societies. Otherwise they will make themselves superfluous” (296). The relevance of Jesus may be found where the Church appears, at least at first glance, to be most irrelevant to a society that often oppresses the weak and exalts the strong, which is part of Lohfink’s repeated warnings about a growing neo-paganism. Chapter 12, “Must the Pope Be Conservative?”, is telling in this regard. In short, Lohfink answers that yes, the Pope, and the Church as a whole, must be conservative (though not “regressive”) in regards to the gift of Christ, but this is only because “Christ is always far in advance of advancing history” (144). The “conservative” nature of the Church, continually receiving what has been entrusted to it by God, is what makes it radically progressive. The Tradition of the Church, then, is one of “a continuity of ‘non-accommodation’” to the values of society (146).

Lohfink’s genius and value lie in his ability to exegete the biblical texts in a way that is simultaneously refreshing and unaffected. As Raymond Brown had always done, and as recently found in Pope Emeritus Benedict XVI’s Jesus of Nazareth series, so Lohfink uses the tools of modern biblical studies, such as form criticism, to support the Church’s understanding of Scripture, rather than to subvert it. The results are, incidentally, more interesting than those of the de-mythologizing approach. Likewise, because the chapters originated as oral presentations, Lohfink is continually thinking of the “signs of the times,” whether found in newspapers, mystery novels, or pop psychology. We thus find a triple commitment to an accurate biblical interpretation, to the Church, and to addressing the contemporary situation. Lohfink is convinced that “The Bible enables every generation to compare its own experiences of faith with the previous experiences of God’s people” (153).

Chapter 17, “A Catastrophe in the Life of David,” exemplifies Lohfink’s approach. He begins with an acknowledgement of the precipitous decline in the practice of the Sacrament of Reconciliation among Catholics, and the corresponding rise of psychological, anthropological, and biological attempts to explain away personal guilt. With characteristic candor, Lohfink avers that “What is normal is that one has guilt feelings because one is guilty” (212). The story of King David’s sin against Uriah and Bathsheba, when rightly exegeted, can shed light upon our contemporary situation. Nathan, representing the community of Israel, is an essential character to the story, because it is he, a member of the People of God, who shatters David’s blindness. Likewise, Lohfink writes, “The sacrament of reconciliation is a church thing. It needs communities that have a history with God; it needs congregations in which guilt is understood as guilt and forgiveness and reconciliation are really lived” (217).

Never contrived and never quixotic, Lohfink’s book represents the best in an authentically Catholic approach to not only personal holiness, but holiness lived in community. This book is a great gift for the New Evangelization for its small, meditative chapters that will be of benefit to both neophyte and scholar, and also because the insights are gleaned from a life saturated in the Scriptures. If “ignorance of the Scriptures is ignorance of Christ,” then Jesus’ irrelevance is almost assured when the Bible is no longer read or understood. Pope Emeritus Benedict XVI, a longtime supporter of the Catholic Integrated Community with which Lohfink is associated, said, “It is my hope that, in fidelity to the teaching of the Second Vatican Council, the study of Sacred Scripture, read within the communion of the universal Church, will truly be the soul of theological studies” (Verbum Domini, §47). By this measure, Benedict would find Lohfink’s book very relevant.

Jonathan Martin Ciraulo is a doctoral candidate in systematic theology at the University of Notre Dame. 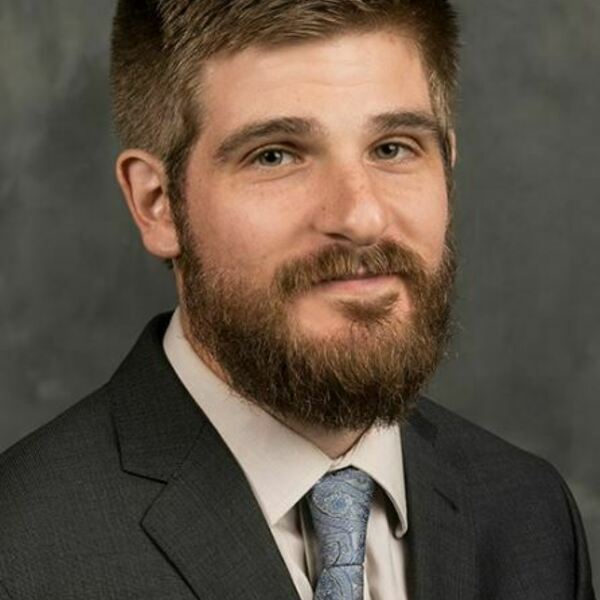