New media technology has connected us to astounding stores of information. The same technology has also been blamed for isolating those who develop unhealthy digital dependencies. New technology always giveth and taketh away. It begs the question, to what end are our technological developments aimed? If they are neither all good nor all bad, then cultivating a culture of communication that promotes the common good while avoiding the pitfalls of technological decadence is worth contemplating.

In her book, Connected Toward Communion: The Church and Social Communication in the Digital Age, Daniella Zsupan-Jerome offers a fitting response to the telos of technology question. Her lodestar is the collection of Church documents that have addressed the challenges and opportunities of mediated communication. From the Second Vatican Council’s Inter Mirifica to recent World Communications Day addresses, Zsupan-Jerome traces the Church’s thinking on the highly malleable subject of social communications.

Much of the popular rhetoric surrounding new media relies on the language of connection for envisioning what this transformation means. Wired magazine, the magisterial guide for all things high tech, proclaims, “The breakthroughs and innovations that we uncover lead to new ways of thinking, new connections. . . .” Zsupan-Jerome proposes a different image for thinking about communication technology, that of communion.

Are digital gadgets and screens wired for communion? Beneath the gloss and glow of digital toys lies the very real substratum of human communication. And as James Carey, noted media scholar, put it, media are not merely incidental to the culture, they are “crucial determinants to the social fabric.”

Digital comes from the Latin digitus, which refers to the fingers. Digital culture is a hands-on culture. No longer defined by the passive consumption of television screens and newspapers, the new environment demands participation. It is in this hands-on participation that formation occurs. This is the essence of Zsupan-Jerome’s thesis: to understand the new media environment and to harness it for the higher aim of communion, it is necessary to attend to the media’s formative potential.

The conditioning power of media technology is of vital concern for the Church because of its effect on human formation. The consumption of vast amounts of information necessarily means that we are quite literally in formation. Zsupan-Jerome frames her analysis using the four pillars of ministerial formation to offer a theologically grounded take on a connected world poised for greater communion. The challenge of ministerial formation is to develop a person’s human, spiritual, intellectual, and pastoral capabilities amidst the torrent of digital stimuli.

What Benedict Anderson said about the ritual of reading the morning paper could also be said about the ‘imagined community’ that has formed as a result of digital media:

The significance of this mass ceremony—Hegel observed that newspapers serve modern man as a substitute for morning prayers—is paradoxical. It is performed in silent privacy, in the lair of the skull. Yet each communicant is well aware that the ceremony he performs is being replicated simultaneously by thousands (or millions) of others of whose existence he is confident, yet of whose identity he has not the slightest notion. Furthermore, this ceremony is incessantly repeated at daily or half-daily intervals throughout the calendar. What more vivid figure for the secular, historically clocked, imagined community can be envisioned?


The vaguely religious language associated with the quotidian act of reading a newspaper (or scanning one’s Twitter feed) is a reminder that there is something privileged about community. It is the necessary precondition for bringing about communion.

The first conciliar decree to address media technology, Inter Mirifica, sought to bring the Church into conversation with the proliferating means of social communication. Zsupan-Jerome notes that the document’s aim was to provide a structure for developing a media literacy that would “bring about discernment regarding how particular media can serve the human search for God.” In other words, it is not only religious communication that must be translated for the new media. Everyday interaction with media provides innumerable opportunities for upholding the standards of charity and justice.

Zsupan-Jerome admits from the start that pinning down a permanent and proper approach to new communication technology is a fool’s errand because it remains in a constant state of flux. Rather than focusing solely on practical applications of new technology for ministry, which can often be short-sighted, Zsupan-Jerome allows for the perennial questions that pertain to the “ontology, epistemology, morality and ethics” of life in the digital age. Her fidelity to Church documents provides a unique perspective on the way in which Catholic thinking has developed on the subject of new media technology.

Zsupan-Jerome’s approach is an ecological one. She writes, “Human formation in the digital age thus involves the minister’s capacity to be present to the people he or she serves, with an ecology of options to convey presence.” The notion of ecology is one of the stronger themes that resonates throughout the book. Like a biological ecosystem, culture can be transformed by small changes to the environment.

If, as Wired magazine suggests, new media bring about new ways of thinking, what sort of thinking are we doing now and how is it different than before? It could be argued that the din of digital distraction has drowned out the interior life of prayer and that physical presence has been sacrificed at the altar of speed and convenience. Zsupan-Jerome’s edifying analysis of Church documents on communication suggests a hopeful via media, a middle road for avoiding the excesses of our new tools.

Fordham professor Fr. John Culkin wrote, “We shape our tools, and thereafter our tools shape us.” Connected Toward Communion provides a clarion call for the faithful to lay claim to the tools that are transforming the environment, and in the process, ensure our proper formation as well.

Brett Robinson is the Director of Communications for the Institute of Church Life at the University of Notre Dame. 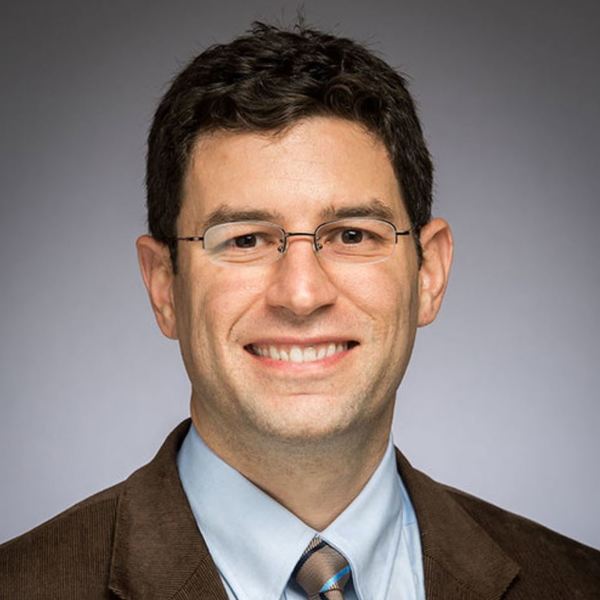