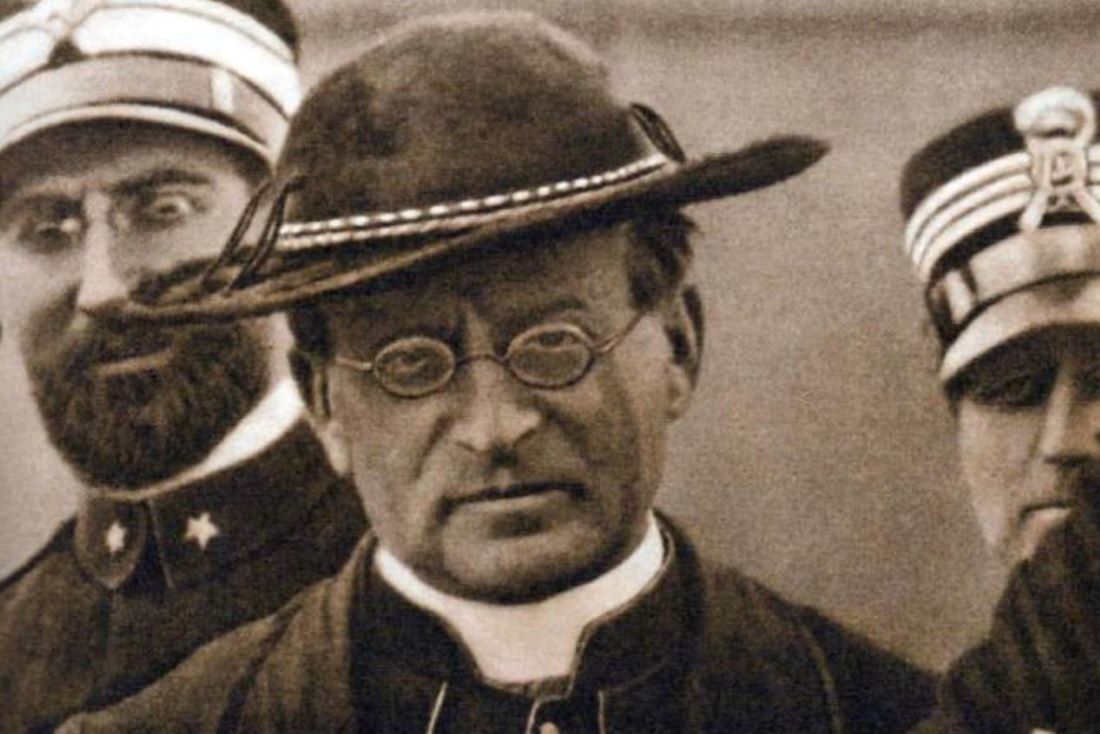 The Nuncio resided in Berlin throughout the Hitler era. By November 8, 1938 at the latest he must have witnessed with his own eyes the acts of terror committted against the Jewish citizens of Germany. It is hard to say how a man with so likable a face could, in good conscience, reconcile himself to the continuance of the Concordat between the Curia and the Government of the Third Reich, even when Catholic Jews were deported. It would seem that anyone who holds a responsible post for any length of time under an autocrat--whether it be Hitler or Pius XII--surrenders his own personality.
—Rolf Hochhuth, opening stage directions of The Deputy

The German playwright Rolf Hochhuth started a worldwide avalanche when he published the play Der Stellvertreter in 1963. The play was almost immediately translated into English in 1964 as The Deputy. Pope Pius XII, who had been highly respected until then, became a man who was accused of keeping silent in the face of the Holocaust. The discussion about his legacy continues to this very day.

When David Kertzer's Pulitzer Prize-winning study The Pope and Mussolini: The Secret History of Pius XI and the Rise of Fascism in Europe appeared under the German title The First Deputy, expectations were raised: Will we now also have to revise the image of Pius XI? Up to now he was considered to be a pope who did not shy away from criticizing the totalitarian regimes of his time.

Kertzer begins in the year 1918. Although Italy was on the winning side, the post-war years here were marked by social unrest and political instability. Mussolini, a failed assistant teacher, anti-clerical journalist and ex-socialist, had effectively seized power in 1922. In the following four years the political system was brought into line. The "Duce" tried from the beginning to get on the Church’s good side. In the Vatican the opportunity was recognized to solve the difficult “Roman question,” which since the destruction of the Papal States in 1870 had burdened the relationship between state and church.

In order to reach an agreement with the regime, Pius XI—who was in office from 1922–1939—withdrew his protective hand from the Catholic People's Party. Its leader, Don Luigi Sturzo, had to go into exile. This paved the way for the one-party state. After short, largely secret negotiations, the Lateran Treaty between the Vatican and the Kingdom of Italy was concluded as early as 1929. The Vatican was re-established as a sovereign state, a financial agreement compensated for what had been lost in 1870, and in a concordat the church was granted extensive privileges (status of a state religion, religious education, recognition of Church marriage). The calculus of the "Duce" worked out: In foreign policy the agreement increased its prestige, and in the country itself Catholics identified themselves with the system to a degree hardly thought possible.

But with the treaty no peace returned to the relationship between Church and state. The author traces the long-standing tensions that now broke out. These concerned above all the lay organizations organized in the Catholic Action, which were harassed by the fascist black shirts. The Pope reacted in 1931 with a sharp encyclical, Quadragesimo Anno: On the Reconstruction of the Social Order. Afterwards the situation eased somewhat, but there were repeated conflicts between Pius XI and Mussolini, who despised each other deeply. Neither side, however, risked the utmost, the termination of the Concordat.

The pontiff did not publicly protest against the nationwide collection of wedding rings that were melted-down in support of the conquest of Abyssinia, which was contrary to international law. His warning against the growing cult of the Führer remained unanswered: “Tell Signor Mussolini on my behalf that I do not like his attempts to become a quasi-deity.” People would “sooner or later smash their images of gods. Tell him if he doesn't change his behavior, it will end badly for him.” Early on, the Pope was concerned that Mussolini would chain himself to Hitler, for better or worse. He felt he had to warn him about the pact with “Signor Hitler, the greatest enemy of Christ and the Church in the modern age.”

Pius XI was often enough confronted with Church representatives who were too accommodating to the regime, even at his own Curia. Kertzer clearly draws the picture of the dubious Jesuit Tacchi Venturi, who served as an intermediary between the Pope and the "Duce." The Italian racial laws (1938) finally led to a breaking test of relations. Again and again the Pope expressed his uneasiness: “It is impossible that Christians follow anti-Semitism . . . In a spiritual sense, we are all Semites.” In Mussolini's circle, there was fear of a public condemnation of racial politics by the Church leader. These fears were not unfounded: In fact, he commissioned an encyclical condemning racism and anti-Semitism. His death alone prevented its publication.

In the end, the Pope had to realize that his attempt to instrumentalize the fascist regime for the Catholic cause had failed: “What a lout and traitor Mussolini was to me!” Conversely, Mussolini realized that he could not domesticate the Church and that he had bitten his teeth out especially at Pius XI, the “most harmful pope of all time.” All this is brilliantly told by Kertzer.

He knows how to build up tension and keep it up to the last page. The characterizations of the protagonists of his drama are vivid. Mussolini is portrayed as a monomaniacal loner with a debauched love life. The king of the media is assigned the role of an extra. Pius XI is judged to be too malicious in many respects. He is described as quick-tempered, stubborn and imperious, but ultimately as weak in assertiveness. Other contemporaries, such as the later Pope Paul VI, incidentally, remember more likeable traits.

For non-historians, the book certainly offers a surprisingly new view of the period described; experts, on the other hand, are unlikely to find anything new. Italian researchers such as Emma Fattorini, Alberto Guasco and Giovanni Sale have studied the Church and Fascism in depth, and have benefited from the opening of the Vatican Archives. What is new with The Pope and Mussolini: The Secret History of Pius XI and the Rise of Fascism in Europe is at best the intensification of the information to a concise thesis. For the sake of the conciseness of this thesis he exaggerates up to the limits of seriousness.

Thus David Kertzer says, for instance: “Cardinal Pacelli remained Mussolini's most powerful ally in the Vatican.” One misses differentiations: A concordat is not a "secret pact" and does not imply the approval of a certain form of rule by the Vatican, but only seeks to secure its own legal position. For the sake of narrative style, accuracy in detail also suffers. Suggestive assertions replace repeatedly documented certainty. A telling example: Cardinal Secretary of State Eugenio Pacelli, later Pius XII, is consistently portrayed as the driving force that prevented the Pope from taking tougher action against fascists and Nazis.

In 1937, he had advised him against condemning the National Socialist persecution of the Church in an encyclical. But we know today that it was the Cardinal who in 1937 asked the Archbishop of Munich, Faulhaber, for a draft of the encyclical “With Burning Concern.” He expanded it and intensified it in tone.

Kertzer presents an excitingly written book that is charming in its contradiction. From a scientific point of view, this is certainly not the last word on Pius XI and his epoch. Incidentally, the original English title of the book reflects the content much more accurately: because, unlike in the German title, there was no “First Deputy.”

EDITORIAL NOTE: Our special thanks go out to Professor Ulrich Lehner for putting us in touch with Professor Ernesti. This essay was translated by the author with the help of the www.DeepL.com/Translator (free version). A previous version of this review appeared in the Frankfurter Allgemeine Zeitung, which we thank for the permission to translate and reprint and reprint this piece. 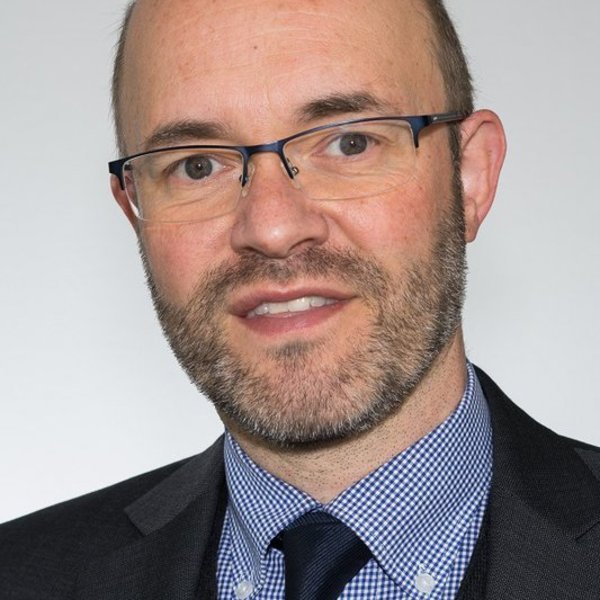 Jörg Ernesti is Professor of Church History at the University of Augsburg in Germany. He is most recently the author of Leo XIII: Papst und Staatsmann.

The Materialistic Civilization That Now Prevails in the West Has Consequences

Cardinal Robert Sarah on the consequences of the dictatorship of noise. 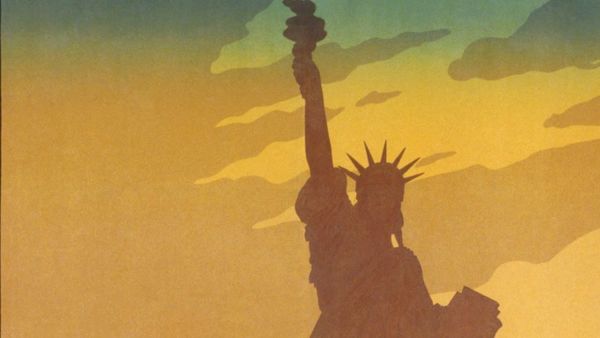