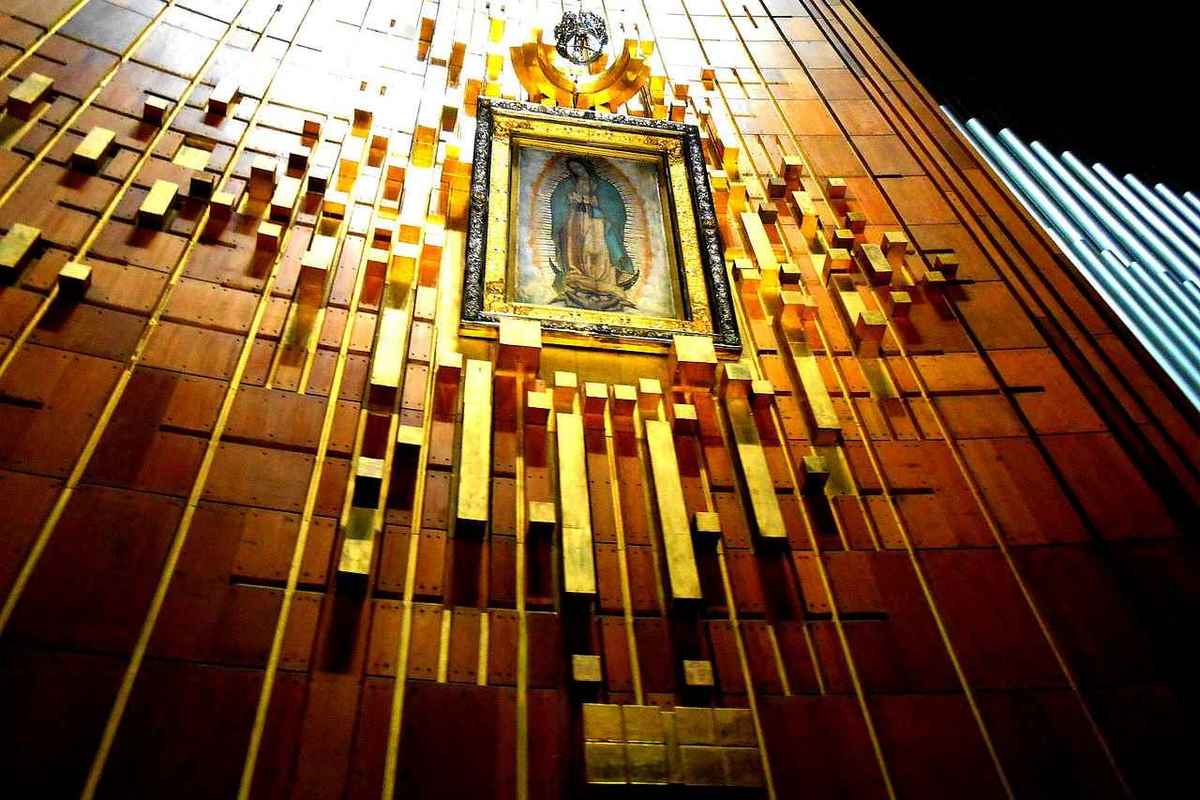 The Church's liturgical year celebrates on August 15th the Woman of the Apocalypse, "a woman clothed with the sun, with the moon under her feet, and on her head a crown of twelve stars."[1] The feast is better known in Catholic talk as the Assumption, and the first liturgical reading in the celebration of the Mass contains the above-quoted description of the Woman of the Apocalypse. The feast of the Assumption is hardly the only feast in the panoply of Marian celebrations on the Church’s liturgical calendar. It is rarely, however, associated[2] with the optional Marian memorial celebrated December 12th, Our Lady of Guadalupe, though it should be, because both feasts are emblematic of the same thing: apocalypse.

The message and story of Guadalupe is apocalyptic, since it reveals God’s will for God’s Church at a particular place in history, Tepeyac, through the Virgin Mary at Guadalupe, clothed and enfleshed in the beauty of the native peoples, and through God’s own servant St. Juan Diego, a Christian who nonetheless responds to the “sweet music”[3] he hears during the Guadalupe apparition. The Guadalupe apocalypse is specifically about God’s will to salvation in the Church for the Mexican peoples, not just the European Church that already worshipped there.

A Guadalupan apocalypse isn’t a novel idea, either. The first to associate the Guadalupan tradition with apocalypse was Miguel Sanchez who wrote a treatise called Imagen de la Virgen Maria Madre de Dios de Guadalupe[4] as early as 1648. Sanchez’s treatise is, admittedly, convoluted, but his analysis relies heavily on St. Augustine’s typological interpretations of the book of Revelation, especially Revelation 12, where Augustine interpreted the Woman of the Apocalypse as both Mary and the Church. Relying on St. Augustine, Sanchez made the same theological maneuvers as Augustine to interpret the narrative of Guadalupe at Tepeyac in Mexico.

Sanchez makes the same claim: Guadalupe is the woman of the apocalypse. Sanchez understands this to mean that in Guadalupe, God has chosen Mexico and through supernatural action made known God’s glorious salvific will. For Sanchez, this is the beginning of the Church in Mexico: a self-revelation to the Mexican people of Christ’s gospel in words and symbols that Mexicans understand. And Mary is crucial to God’s self-revelation in this instance just as she was in our Gospel texts: Mary bore Christ in the flesh, and the Church has born Christ in history through the sacraments, and now Mary Guadalupe brings forth the Church by promising Christ to the peoples of Mexico directly.[5]

This idea, however, is already evident in the story of Guadalupe itself without needing the help of Sanchez as an interlocutor. The most referenced text of the Guadalupe story is the Nican Mopohua.[6] The text cites four different apparitions of the Virgin Mary at Guadalupe to Juan Diego, but Our Lady does not mince words. She reveals her own purpose in self-revelation to Juan Diego at the very beginning of the very first apparition: “I want very much that they build my sacred little house here, in which I will show him, I will exalt him on making him manifest; I will give him to the people in all my personal love, in my compassionate gaze . . .”[7] Our Lady desires a Church to be built, and she asks Juan Diego to request it of the Bishop Zumarraga.

Most readers will be familiar with how the story goes: Juan Diego goes to the bishop on multiple occasions but the bishop never believes him until after the fourth apparition when Juan Diego returns with Castilian (Spanish) roses and a supernaturally inscribed image of Our Lady in his tilma. After this, the ecclesial authority takes seriously the requests from Our Lady and begins the construction of the basilica shrine for the Church in Mexico, but more importantly, for the Church universal.

Sanchez interpretation explains what is oftentimes taken for granted in the Guadalupe story: God has, again through the Mother of God, intervened in history, into the flesh and lives of God’s people, to offer God’s love and salvific will. Guadalupe is not just a Marian apparition with a message for revival. At Guadalupe God offers through his mother both love and salvation to a people by taking those people as God’s very own. It is Guadalupe that is credited (by Sanchez, among many other commentators contemporary to him and today) with the conversion of the Mexican people, and it is Guadalupe that became the symbol of Mexican-Catholic identity.

This is for good reason. The Mother of God herself comes to Mexico, to Tepeyac, to Juan Diego to tell of God’s plans for the Church in the Americas. The bishop could boast of his long-established Church in Spain from the missions of St. James, and other even older Churches could boast of Apostolic origins, such as the Holy See. Only Mexico and these people can claim that the Mother of God herself had brought the Church to them and offers herself as protection. That origin is the whole point of the Guadalupan apocalypse: God’s salvific will is that these people who for so long had not had access to the Church and her sacraments are also God’s very own. They can be Catholic and live in the sacramental life of the Church without becoming European. There is no doubt about it, because the Mother of God herself told them so.

Editorial Note: Throughout the month of December, Church Life Journal will explore the Catholic imagination as an eschatological imagination. By eschatological imagination, we mean the imagination that highlights Christ’s coming in to the world: in his second coming at the end of time; as he is manifest in the scriptures; made known through his Mother (both then and now); and in Jesus’s nativity, which we anticipate during this season of Advent. We seek to reflect, in other words, on the myriad implications of Christ’s Incarnation for this life and the one that is to come. As our authors explore the various dimensions of the eschatological imagination (please click the link for a list of the posts), we invite you to think and pray along with us.

[2] I am speaking mostly to those who celebrate the feast today. When the Cathedral church at Guadalupe was first dedicated, it was dedicated to the Assumption of the Virgin Mary.

[3] Many commentators make special note of the “sweet music” and “flowers” that are associated with the Guadalupe story. To a Western reader these notes don’t make much of a difference, but to a Nahuatl reader these are signs of supernatural or divine action taking place. The inclusion of these details in the apparition story is a sign that the Virgin Mary at Guadalupe is acting with divine authority. For more, c.f.: Virgilio Elizondo, Mother of the New Creation.

[5] Sanchez text makes these points but also make an additional one that I have left out here: Sanchez maintains that the conquest of Mexico by European Spanish powers was for the greater glory of God, and tends to ascribe some of the more cruel aspects of the conquest to the glory of both God and the king.

[6] The Nican Mopohua is a section of a larger text which recounts the Guadalupe apparition narrative. Nican Mopohua means “Here is recounted…” in Nahuatl, a pre-Colombian Mexican language.

[7] Earlier in the text Our Lady makes sure to say that she is the Mother of the One True God, and the references here to “him” are those. Nican Mopohua, Chapter 1. 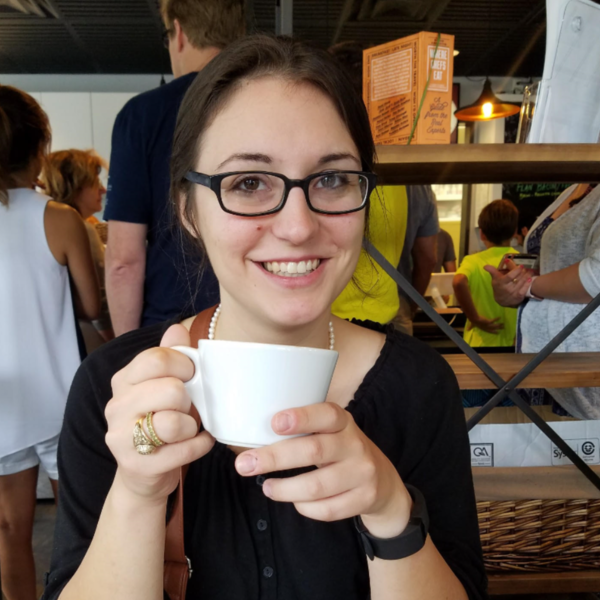 Emily Edmondson holds a B.A. in Theology from Baylor University and a M.T.S. from the University of Notre Dame. She has a strong Guadalupan devotion and currently lives in San Antonio, TX.