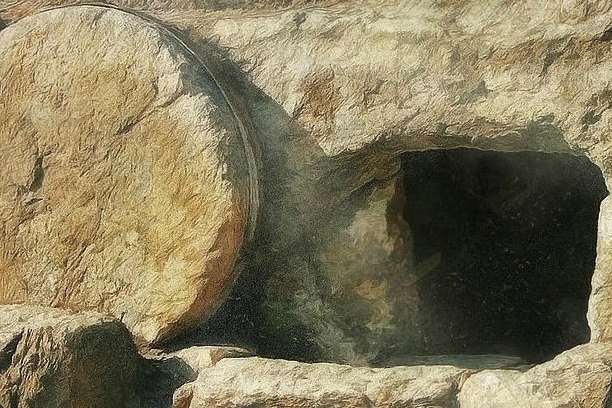 Last month, Pope Francis announced that the liturgical celebration of St. Mary Magdalene would be raised from Memorial to Feast, an attempt to honor the “Apostle to the Apostles” and the first witness of the Resurrection, as well as to emphasize the importance of this woman in the life of the Church. But who is Mary Magdalene, and why is this minor liturgical adjustment important? Some people associate her with sins of sexuality, such as adultery or prostitution (though nowhere in the Gospels is she referred to as a prostitute), while others remember her as the one from whom Jesus cast seven demons (Lk 8:2; Mk 16:9). Still others have associated her (mistakingly) with the woman who anointed and washed Jesus’ feet with her hair (e.g. Mt 26:6–13; Mk 14:3–9; Lk 7:38–50).

The truth is, the Gospels do not give us enough evidence to say that the “sinful woman” of Bethany was Mary Magdalene. We are given, however, an important explicit identification of Mary Magdalene in the Gospel of John. The Gospel reading for Mary Magdalene’s feast day is taken from this account, which narrates Mary’s encounter with the risen Christ:

On the first day of the week,
Mary Magdalene came to the tomb early in the morning,
while it was still dark,
and saw the stone removed from the tomb.
So she ran and went to Simon Peter
and to the other disciple whom Jesus loved, and told them,
“They have taken the Lord from the tomb,
and we don’t know where they put him.”

Mary stayed outside the tomb weeping.
And as she wept, she bent over into the tomb
and saw two angels in white sitting there,
one at the head and one at the feet
where the Body of Jesus had been.
And they said to her, “Woman, why are you weeping?”
She said to them, “They have taken my Lord,
and I don’t know where they laid him.”
When she had said this, she turned around and saw Jesus there,
but did not know it was Jesus.
Jesus said to her, “Woman, why are you weeping?
Whom are you looking for?”
She thought it was the gardener and said to him,
“Sir, if you carried him away,
tell me where you laid him,
and I will take him.”
Jesus said to her, “Mary!”
She turned and said to him in Hebrew,
“Rabbouni,” which means Teacher.
Jesus said to her,
“Stop holding on to me, for I have not yet ascended to the Father.
But go to my brothers and tell them,
‘I am going to my Father and your Father,
to my God and your God.’”
Mary Magdalene went and announced to the disciples,
“I have seen the Lord,”

John tells us that Mary went to the tomb “while it was still dark”—a characterization that is often used to point to a lack of faith. As Mary approached the place where Jesus was buried, she sees that the stone had been removed. Her immediate reaction is a natural one: she realizes that someone has stolen the body of Jesus, and she must inform his disciples immediately. What happens next is not included in the liturgical proclamation of the Gospel, but John records in 20:3–10 that Peter and the beloved disciple ran to the tomb and saw Jesus’ linen cloths lying where Jesus had lain (and his head shroud “rolled up in a place by itself”). Seeing this, John tells us, the beloved disciple believed: he remembered Jesus’ words and predictions, and in seeing the empty tomb, the disciple believed.

But this is not the story we hear on July 22. Instead, we’re told the story of Mary Magdalene. Mary, too, saw the empty tomb: she saw the stone rolled away, and after Peter and the beloved disciple had left she, too, looked into the tomb and saw where Jesus had lain. But instead of the cloths, we’re told that she was greeted by two angels in white, who say to her, “Woman, why are you weeping?” Even here, however, Mary does not believe. She is still convinced that someone has stolen Jesus’ body. Even the risen Christ himself, at first, is not enough to bring her out of her faithlessness: she mistakes him for the gardener, and tells him, “Sir, if you have carried him away, tell me where you have laid him, and I will take him away.”

This image of Mary weeping in the dark at the empty tomb captures well the situation of many in the world today. Here Mary’s sin is not one of adultery or licentiousness, that which is typically associated with Mary Magdalene. Rather, Mary’s problem is a lack of hope: her imagination is not yet large enough to accept Christ’s narrative. Instead, she constructs her own: because the body is not in the tomb, there must be a reasonable explanation—somebody must have stolen it.

Like Mary, we too often suffer from a lack of hope. I would even go so far as to say this is perhaps the single most pressing problem in the world today. Our imaginations are often limited, seeking practical, temporal, and human solutions to spiritual problems, just as Mary’s searching was limited to the physical and temporal body of Jesus.

Like Mary, our responses to the evils of the world are often limited to what we can accomplish in the here and now. We see evil and we offer human solutions. What we suffer from is a lack of hope in the power of the creator and redeemer. But when we confront the darkness of the world, let us peer into it and dare to hope that the tomb is empty because Christ has already risen and ascended and his Spirit is here in our midst, making possible our own resurrection as well.


Collect from July 22, the Feast of Mary Magdalene: O God, whose Only Begotten Son entrusted Mary Magdalene before all others with announcing the great joy of the Resurrection, grant, we pray, that through her intercession and example we may proclaim the living Christ and come to see him reigning in your glory. Who lives and reigns with you in the unity of the Holy Spirit, one God, for ever and ever.

Anthony Oleck holds a Master of Theological Studies ('16) from the University of Notre Dame and is the full-time Assistant Rector of Dunne Hall.