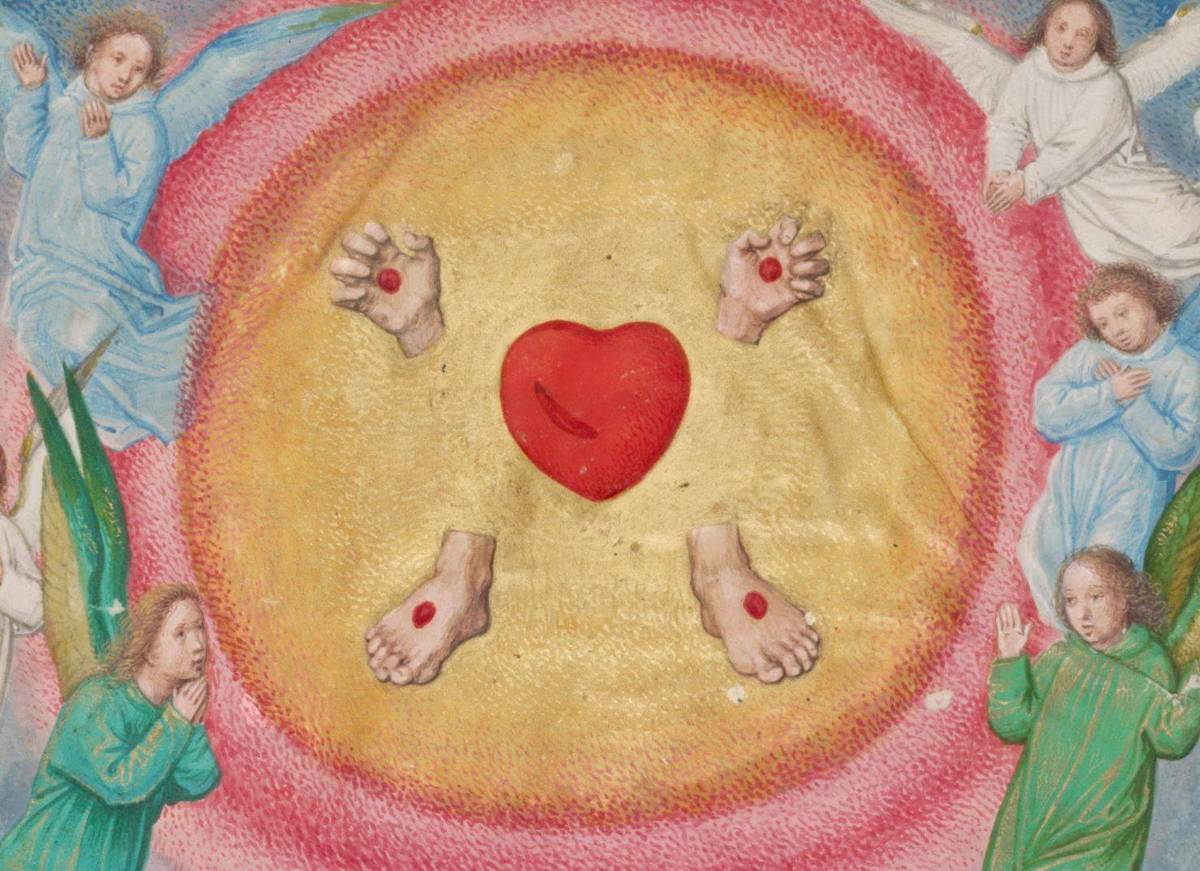 Love in action is a harsh and dreadful thing compared with love in dreams. Love in dreams is greedy for immediate action, rapidly performed and in the sight of all . . . But active love is labor and fortitude, and for some people too, perhaps, a complete science.
—Fyodor Dostoevsky, The Brother Karamazov

What Christ felt was love . . . Love: both gift and challenge.
—Kirstin Valdez Quade, The Five Wounds

You know what a book is going to be about before you open the cover when its title is The Five Wounds. However, like an interviewer asked Harrison Scott Key, author of The World’s Largest Man, “How tall was your dad?” readers might think they have the point of the story and therefore miss it. The novel returns readers to a right definition of love by showing how the crucified, wounded Christ may be reflected through a dozen visages. As simple as it sounds, the novel defines love in a way that many people do not practice it today.

“Love” may be the most overused and mis-defined word in American culture. When we say “love,” we mean little more than good feelings, sexual attraction, or even egoistic service. But Quade’s novel returns love to its source—the cross—and shows that loving is mere fantasy without those five sacred wounds.

Kirstin Valdez Quade is an unabashedly Catholic novelist, no matter that artists resist labels: she is a Catholic who writes within her tradition, and she is a top-notch novelist. In 2014 the National Book Foundation selected Quade’s short story collection for “5 Under 35 Award.” When I heard Quade’s first novel was being published, I leapt at the opportunity to review a writer who I think is only beginning to be known but will long be remembered. The Five Wounds not only evidences Quade’s literary talent, but also shows her ability to ask the enduring questions, and best of all, to tell a good story.

The late Eugene Peterson unpacks the elements of a good story in his book about spiritual reading: “When the storytelling is good, we are pulled into a world that is both truer and larger than the one we ordinarily occupy; but it is not an alien world.” The paradox of good fiction is that it “lies” to tell the truth: it creates a world by imitating the one that exists, shaping experiences in ways that highlight the meaning behind what feels first-hand like a cycle of failures or random occurrences.

Although the setting of small town in New Mexico may seem at the surface-level distant from your particular place, Quade’s depiction of that world involves readers in a way that makes us feel uncomfortably at home. She describes the town of Las Penas (which means “the miseries”) with the same visceral realism of Dickens’s London or Coetzee’s Cape Town. As Peterson writes again of good storytelling, it “involves us in what has been sitting right in front of us for years but we hadn’t noticed or hadn’t thought was important or hadn’t thought had anything to do with us. And then we do notice—the story wakes us up to what is there.” Quade transports us to another place in a fictional reality in a way that shows us our actual world more clearly.

The setting of the miseries, “the sad little village of Las Penas,” is described beautifully by one of the main characters, Angel, a fifteen-year-old pregnant girl, who is forced to walk home from school because the adults in her life are anything but responsible. There’s a mix of loveliness and despair:

Trailers and newer cinderblock structures are wedged into yards alongside crumbling adobe ruins. Some families . . . continue to farm small plots of corn and squash and chile . . . defiant in the face of discount Walmart food . . . as though painted, the mountains rise, blue and golden. All this beauty. Also underfunded public schools, dry winters, a falling water table, shitty job prospects.

The world of Las Penas is like most places capable of inspiring reverence and disgust, almost simultaneously, depending on which eye you open or close in a given moment. Quade rejects sentimentalizing either those visions of awe or suffering. Both of her eyes are open, and she offers a clear painting of reality to readers.

When my daughter asked what the novel was about, I answered in a way that a seven-year-old could grasp: it is about families and learning to love people even when they make mistakes. Now I cannot imagine a better way to summarize the theme of the book. We experience others’ failures, label them as toxic, and cut them out of our lives (offline and online). We all know people who seem intent on destroying their lives with mistake after mistake, warning after ignored warning, who cannot seem to hold on to a job, a relationship, a home—they may even be us. My mother has always said that these friends or family members teach us how to love. It is easy to love people who are loveable, but how do you love people who wound you? The Five Wounds asks that question again and again from various characters’ perspectives.

In The Five Wounds the members of the Padilla family each struggle with their own pains and failures, only to discover how much their choices affect those around them. The novel begins and ends with Lent, the liturgical season where one prepares body and soul to remember the love that Christ showed in his self-renunciation on the Cross. At the start of the story, Amadeo (whose name means “lover of God”) is thirty-three years old, the same age as Christ when he died, and about to become a grandfather. His daughter Angel, is repeating the mistake of her mother Marisa by being pregnant as a teenager; she has returned to the home Amadeo shares with his aging mother Yolanda because of a disagreement between Angel and Marisa.

Without giving away too much of the plot and how the story unfolds, Amadeo begins with the assumption that playing Jesus in a passion reenactment will save him from himself. He is so focused on preparing for the role that the needs of his daughter and mother bother him because of how they distract him from his purpose. Readers sense something amiss in Amadeo’s devotion. But after a year of suffering alongside his daughter, her son, and his mother, Amadeo realizes how much he had missed the point of the cross: “It is about needing to take on the pain of loved ones. To take on that pain, first you have to see it. And see how you inflict it.” Amadeo spends the first year as a grandfather, learning how his troubles wound others in his life and his choices make him responsible for others. He learns that love requires this level of vulnerability, being able to be wounded.

His daughter Angel learns a parallel lesson. Not only does the birth of her son teach Angel about her expansive capacity for love, but her grandmother’s dying also teaches her about love. While Angel had decided to leave her mother for her father’s house, it was really Yolanda that she wanted, the only person who took care of her. Only Yolanda is dying and must be the one cared for. Through becoming a caretaker, Angel grows in her knowledge that love is about more than being loved: it is about practicing love. Her brief affair with a fellow student, Lizette, offers false solace in comparison to real love. Their lust and passion lacks the substance that love requires. Instead of taking on others’ wounds, Lizette wounds herself. Angel is unable to love the young woman enough to pull her out of herself. After this heartbreak, Angel understands that real love sacrifices, receives wounds, and places others before the self.

Before I unintentionally make The Five Wounds sound like the embodiment of 1 Corinthians 13, let me say that the novel is full of grit and grunge. Most of the characters seem self-destructive and unloveable. Amadeo is an alcoholic loafer. His sister Val is one of those pretentious egoists that is even harder to love. Marisa cares more for her boyfriend and her unfulfilled dreams than her daughter. Yolanda is always full of compassion but never enough discipline for her children. And Angel is mean and obstinate, even when people try to love her. Perhaps the easiest character to dislike is Brianna, the white girl with superficially good intentions who runs the SmartStarts! Program for disadvantaged pregnant teens. None of the characters act in holy ways or reflect Jesus’s goodness. However, in their woundedness, they finally reach out to each other and thus, for moments at a time, extend Christlike scarred hands.

As much as I am not a fan of novels about family drama—I could not finish Jonathan Franzen’s The Corrections, for instance—The Five Wounds elevates each person’s story to a spiritual drama. What matters is not merely their psychology or neuroses, but whether they can love each other in spite of their seemingly endless sinfulness. They look to Christ on the crucifix; they pray to Mary, as Amadeo does during Angel’s labor and delivery; they desire redemption and absolution. The novel tells the truth because it rejects the surface-level story about why young men cannot find jobs, why teenage girls get pregnant, why single mothers choose abusive boyfriends, and so forth. In The Five Wounds the characters are alive and unfinished. They refute all caricaturing of their situations. Instead, by offering us real, vulnerable, and difficult characters, Quade is teaching her readers too, how, in spite of our continuous sinfulness, we may learn how to love.

O'Connor or Robinson: The Gargoyle and the Cathedral

Jessica Hooten Wilson on two writers that differ as much as Tolstoy and Dostoevsky. 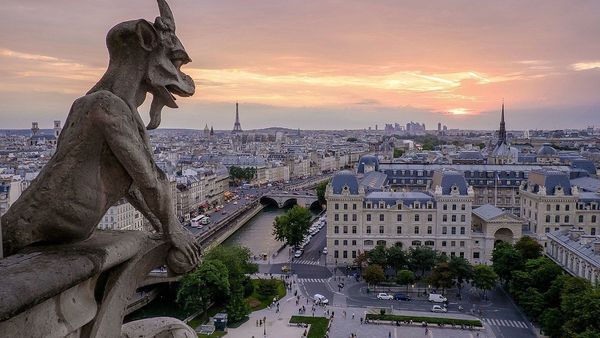