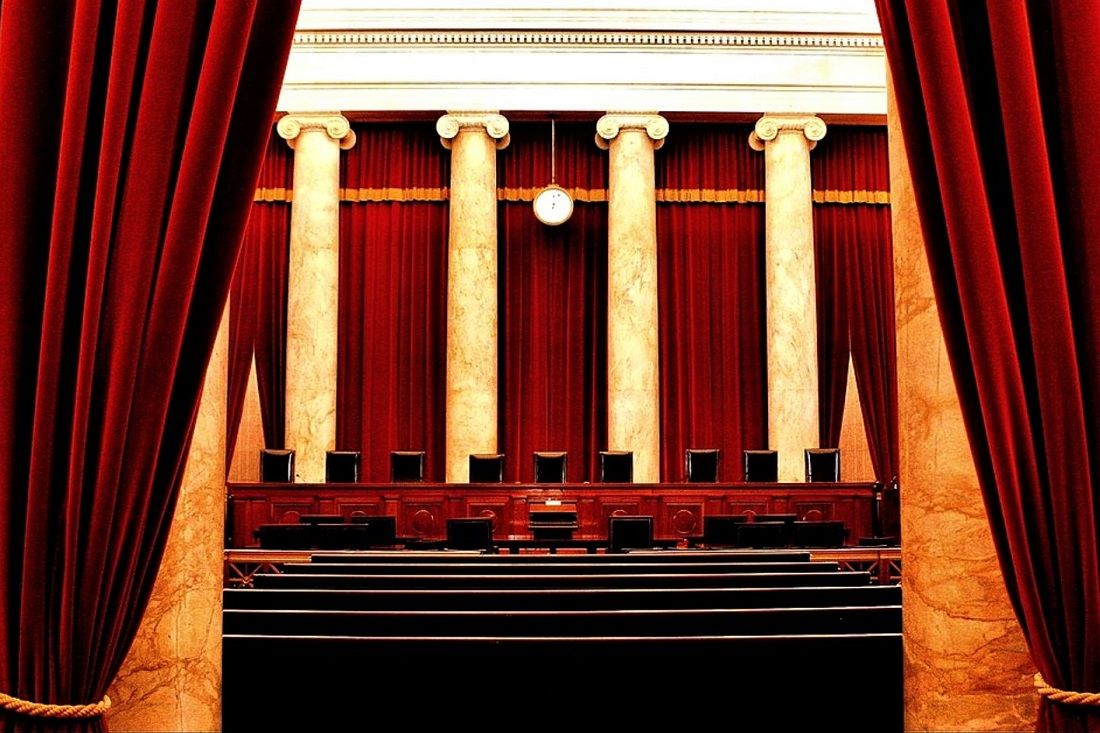 As many people now know, thanks to Lin-Manuel Miranda, Alexander Hamilton insisted, in one of his famous essays urging his fellow New Yorkers to embrace the proposed Constitution of the United States, that the Supreme Court “is beyond comparison the weakest” of the national government’s three branches. After all, the other two branches “dispense[] the honors,” “hold[] the sword,” “command[] the purse,” and “prescribe[] the rules.” But the Supreme Court? It has “neither FORCE nor WILL, but merely judgment” and is, therefore, the government’s “least dangerous branch.”

Things have changed. For a variety of reasons—including the “rights revolution” of the 1960’s and Congress’s inability, or unwillingness, to legislate—the Court’s role in the country’s policies, politics, culture, and imagination has ballooned. Every summer, as the Court’s term comes to an end and the high-profile, hot-button decisions are released, judicial junkies are glued to their screens and the SCOTUSblog website like MCU fans waiting for the new Avengers trailer to drop.

Each new much-anticipated, 5-4 ruling prompts howls and hosannas, grim pronouncements that doom is near and relieved assurances that we are saved, and confident assertions about intrigues and implications. This year, the roiling tumult and agitation has been boosted by Justice Anthony Kennedy’s retirement announcement and President Trump’s nomination, after a reality-TV-worthy week of speculation, of Judge Brett Kavanaugh to replace him.

Hamilton, I think, would be horrified by all of this.

But here is a suggestion that might, if he were here, ease his consternation: Despite what is in The Federalist Papers and notwithstanding the Constitution’s explicit reference to “one supreme Court,” we actually have two: the “May Court” and the “June Court.” The “May Court” is actually the “July through May” Court, but the point is the same.

The “June Court” is the one that journalists fixate on, that Senate confirmation hearings focus on, that consumes Twitter characters like fire consumes air, and that 95% of constitutional-law professors obsess over. The June Court issues “landmark” rulings on controversial social and moral topics. The rulings about race-based affirmative action, the regulation of abortion, the legal definition of marriage, the scope of the right to own firearms, campaign spending and political contributions, prayer in schools and Ten Commandments monuments, and about the federal government’s power to require the purchase of health insurance.

The June Court hands down 5-4, party-line rulings that reporters call “sharply divided” and dissents that the press describes as “fiery,” “scathing,” and “bitter.” Its opinions are criticized by candidates on the trail and by Presidents during the State of the Union address. It prompts campaign promises, online fundraising by activist groups, litmus tests, filibuster showdowns, HBO dramas, and now it even prompts pre-election lists of potential new members.

The June Court does not look much like Hamilton’s “least dangerous branch”; it is regarded—and seems to regard itself—as, in Judge Learned Hand’s words, a “bevy of Platonic Guardians.” Those who pre-emptively printed signs and circulated memes attacking the latest nominee, before his identity was even known, and those who warn that Judge Kavanaugh’s confirmation would ensure massive changes, for good or for ill, in American law and life are thinking about—or, at least, are exploiting for fundraising purposes—the June Court.

The May Court, on the other hand, is generally ignored by activists, journalists, and politicians. This is the institution that Article III of the Constitution vests with the “judicial power of the United States.” It does its work efficiently, inexpensively, and well.  The essential, rule-of-law-ensuring work of the entire federal judiciary consumes just one percent of the national budget. Its members are well-credentialed, careful, accomplished lawyers—skilled technicians—who are collegial and cordial. On this Court, Justices Scalia and Ginsburg (each received more than 95 votes in the Senate) had a deep friendship and a shared love of opera, Justice Thurgood Marshall said that William Rehnquist was a great Chief Justice, and Justices Breyer and Thomas pass notes on the bench about football.

The May Court disposes of about 8,000 petitions a year, in addition to overseeing the Federal Rules of Procedure and, in the Chief Justice’s case, serving as the Chancellor of the Smithsonian Institution. Most of the cases it decides are unanimous or nearly so. Its disagreements rarely follow strict party lines. During the 2015 Term, for example, which included some of the June Court’s most controversial opinions, on abortion and affirmative action 48% of the Court’s rulings were unanimous, and 79% were at least 7-2. This is consistent with the average over the last five years. The concord fell off a bit this year—there were more “June Court” cases than usual—but the least-agreeing justices still agreed half the time. The number of 5-4 cases went up, to about a quarter, but nearly half were unanimous or 8-1.

The May Court does the work that was envisioned by those who drafted, ratified, and advocated for the Constitution—it resolves legal disputes between states or between a state and the federal government; it deals with cases involving ambassadors, and foreign governments, and maritime jurisdiction. The May Court settles disagreements among lower courts about the interpretation of federal laws – it took up the question, a few years ago, whether a “red grouper” counted as a “tangible object” within the meaning of the Sarbanes-Oxley Act, and Justice Kagan’s dissent notably included a citation to Dr. Seuss’s One Fish, Two Fish, Red Fish, Blue Fish. This year, the justices issued unanimous rulings interpreting the anti-retaliation provision of the 2010 Dodd-Frank Wall Street Reform and Consumer Protection Act, affirming the Fourth Amendment privacy rights of rental-car drivers, and (wait for it!) addressing the rule on extensions of time to file notices of appeal.

If the Senate had confirmed, in 2016, Judge Merrick Garland to fill the seat that was made vacant by Justice Antonin Scalia’s death, the effects on the June Court’s work would have been dramatic. Similarly, we can expect, although the changes should not be overstated, that the Court’s decisions in contested matters such as abortion, affirmative action, capital punishment, criminal justice, and redistricting to come down differently if Justice Kennedy is replaced with Judge Kavanaugh.

The point is not to downplay or ignore the dramatic political and moral significance of the work and decisions of the June Court. It is, instead, to insist that citizens and Court-watchers alike should better understand and appreciate what the Court and the justices actually do, and should do, most of the time. And, it is to gently suggest that our public discourse would be better, and our politics would be healthier, if the June Court did less, was talked and argued about less, and mattered less. It should not be the case that the retirement, after three decades of service, of a genial 81-year-old Republican lawyer from Sacramento, and the prospect of his replacement by a brilliant 53-year-old Republican lawyer from Maryland, triggers existential crises, torrents of online hate, and is regarded by some as portending the coming of The Handmaid’s Tale, the Zombie Apocalypse (or both!).

Judge Kavanaugh should, and likely will, be confirmed. If a case comes to the Court, and it could be years before one does, that requires the Court to re-consider its abortion-rights decisions, my hope is that he will join a majority of the justices in correcting the serious overreach and grave error of Roe v. Wade and Planned Parenthood v. Casey. These decisions’ reasoning have been convincingly criticized by scholars and jurists from across the political spectrum, and the reasons that normally weigh heavily in favor of preserving longstanding rules do not seem to justify perpetrating these mistakes.

The vast majority of the Court’s cases will not involve abortion or other morally fraught questions. We can hope the June Court will become more the “least dangerous” branch it was designed to be, and that “We the People” will take up, and better exercise, the privilege and the responsibility of crafting policy, striking compromises, protecting the vulnerable, and promoting the common good.

For too long, we have turned to the June Court—and, in response, too many justices have embraced this role—to answer questions that are more political or moral than legal, that the federal Constitution and laws do not clearly answer, that the justices are not well-suited or trained to resolve, and that call for citizens’ prudence more than judges’ pronouncements.

Featured Image: The inside of the United States Supreme Court (In the photo are the nine chairs of the Supreme Court Justices), 15 March 2011, taken by Phil Roeder; Source Wikimedia Commons, CC BY 2.0. 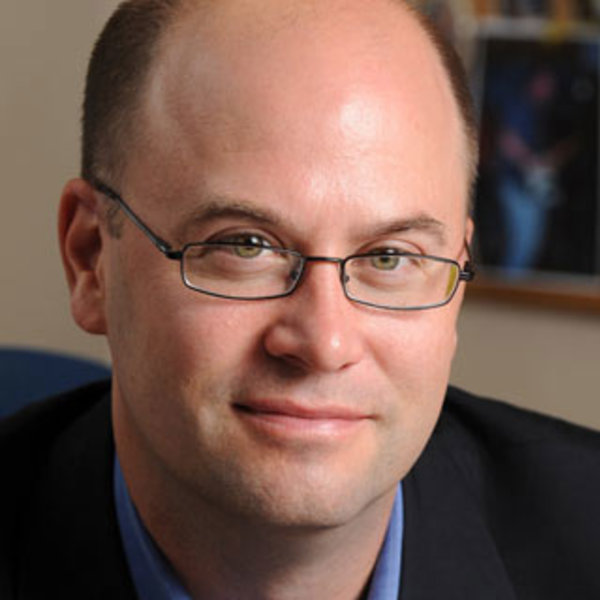 Richard W. Garnett is Paul J. Schierl/Fort Howard Corporation Professor of Law at the University of Notre Dame. He blogs at Mirror of Justice.