I repeat my question, but the class stares blankly toward the front of the room and then shuffles with nervous looks at the floor to avoid being called upon. The sun pokes through the little windows on this bright Sunday morning as I teach a Confirmation preparation class for seventh grade students at a small parish in town. At the beginning of the morning I had picked up over a dozen teenagers from a bustling basement cafeteria and embarrassingly stuttered through conversations with their parents as my students translated my English into Spanish. I prepared to begin our class in prayer and looked out to a scene of fourteen-year-olds in varying stages of rapid and unpredictable growth spurts sitting in the tiny chairs of the third grade classroom we had been assigned.

The noise of cars whooshing on the streets outside our windows seemed distracting as I asked the class to consider the images used by Christ himself: vines and harvests, mustard seeds and sowers, fig trees and shepherds. As we sifted through our Bibles to the parable of the sower, I glanced toward the boy at the far table attempting to discreetly show his neighbor a video on his phone. As I looked strangely at the parable etched on thin pages of the tattered Bible in my hands, the silence of the moment made me want to give up on this story. Might it be that we have outgrown these stories in the same way my students seem to have outgrown these little yellow chairs?

Joseph Cardinal Ratzinger claims that modern preacher of the faith might at times feel “like someone who, rising from an ancient sarcophagus, walks into the midst of the world today dressed and thinking in the ancient fashion and can neither understand nor be understood by this world of ours.”[1] Could these stories matter to my students? Could they matter to me? In a world buzzing with freshly designed Snapchat filters and digestible 140-character Twitter stories, could the ancient parables of a Galilean capture the imagination of the modern Christian?


A simplistic approach to the ‘problem’ of the parables could easily paint this world as incapable of the imaginative exercise these stories offer. Yet, the current mode of story-telling does indeed reveal some key distortions of the Christian imagination. For example, take one familiar format for present-day social media: Snapchat’s “My Story.” This tool sequences a few seconds of images and videos uploaded by users for quick viewing, all of which disappear 24 hours after posting. Confined to such a short life, this series presents itself rather unambiguously. These stories are digestible, a product for consumption, flipped through with the swipe of a finger, and scrolled through by dozens of users racing through the pictures and moving scenes. Each individual creates and textures his or her own story with carefully chosen filters and captions. In the end, the story simply vanishes by design. It becomes a forgotten memory, both for those who swipe through it absent-mindedly as the task for dull moments and for the author of the story as the one who can create himself or herself anew in a mere day.

This digestible modern story reflects the ensnaring nature of its guiding consumer culture. In his book Consuming Religion, Vincent Miller argues that modern consumerism plays on authentic Christian desire and deflects it with subtlety. “Consumer desire has very little to do with immediate gratification,” Miller writes. “On the contrary, it is about the constant search for gratification, which in the end proves to be more gratifying still.”[2] In this same way, a characteristically modern mode of story-telling focuses on creative self-imagining, “always beyond the mundane particulars of our own place,”[3] to set up a horizon of possible stories. The cafeteria of Snapchat stories from friends and acquaintances provides a broad but thin sample. Never designed to be lived with, these tales are sought out, digested, thrown away, and quickly forgotten in pursuit of what might be next. While the Christian imagination proposes the endless seeking of God and the dive into impenetrable mystery, the consumer imagination and its digestible story reflect endless seeking for seeking’s sake.


The parables demand a far different kind of imagination. A key distinction lies in a forced posture of reception, as the parables are fundamentally given and not made. This seems to get at the heart of Ratzinger’s characterization of the challenge of belief as a whole, for there is the age-old temptation to be drawn merely to the visible and to confuse the self-made with true meaning.[4] Parables, as a component of revelation, bridge the visible and invisible in the manner of gift,[5] and must be received as such.

Additionally, these little stories describe the Kingdom of God in and through mystery. Sofia Cavalletti, the twentieth century developer of Catechesis of the Good Shepherd, remarks that the “parable method presupposes that we recognize that we cannot exhaust what the parable is proposing, precisely because the parable hides what it wishes to teach.”[6] Any reflection on the parables, therefore, remains open and is never concluded with clean explanations or precise definitions.

And yet the temptation to have these stories ‘figured out’ is all too real for readers throughout time. Besieged by manipulations that seem to domesticate the message into harmless moral directives from which the reader can simply move on, the parables remain stubborn and essentially demand: “read me again.”[7] Christ offers these hidden, little stories as the primary mode of his teaching, the substance of his invitation to imagine the Kingdom of God, and his gift of the new sets of relation contained in the revealed Word.

Thus, insofar as they offer reception over and against self-invention, living with instead of disposal, and re-reading in opposition to swiping past, the parables fundamentally differ from the typical modern story in their invitation into relationship, not merely with the text, but to that which remains “hidden” within: the mystery of the Kingdom of God and the teller himself.

A Performance of Belief


Despite all the differences between modern consumerism and the parable world, we remain fundamentally a people of stories, drawn to narratives of a myriad of forms, even odd or unfamiliar ones. Stories persist as inherently captivating, a primary mode of catechesis and teaching, and a powerful foundation of relationships.[8] What then are the consequences of teaching, hearing, and probing these particular tales, the parables, in the world today?

Ratzinger argues that we are seeing creatures, drawn to the visible and that which we can grasp in our own hands. Christian belief itself always demands a kind of leap—away from meaning that is first seen and self-made, toward a hidden God whose meaning sustains us. Belief remains as an open narrative, a journey toward understanding of the meaning that the believer has chosen as his or her footing.[9] Faith is then a kind of reading that takes seriously the text before it, but probes a depth of meaning so much greater than the text alone: a hidden and mysterious plane of reality.

In this light, engagement with the parables in classrooms and catechetical settings offers a particular performance of belief. Cavelletti argues that the parables demand a unique kind of “imagination and intuition,” one that does not stand on something that is mere fantasy but gradually penetrates the deep reality contained within the story and images themselves.[10]

In the most common language and through the most ordinary images, Christ describes the deepest reality calling us into relationship through story. In his own teaching, Christ performs the “bridging of the gulf” between his humanity and divinity.[11] We too enter that essential mystery and witness to the love hidden therein as we engage these little stories. In a world of digestible and throwaway stories, the parables transform us and remain. In a world of noise and distraction, the parables speak to us and invite us into a mysterious relationship and a divine friendship.

And what about that little classroom with its tiny yellow chairs my students have outgrown and the whooshing of the cars outside as backdrop? Just when I thought the silence inside might go on forever, a young boy meekly raises his hand: the stirring of a response, not to my question, but to the invitation of that confusing Galilean story-teller. His hand signals engagement with a parable, a step into relationship, and the tiniest splash of the deep dive into mystery. 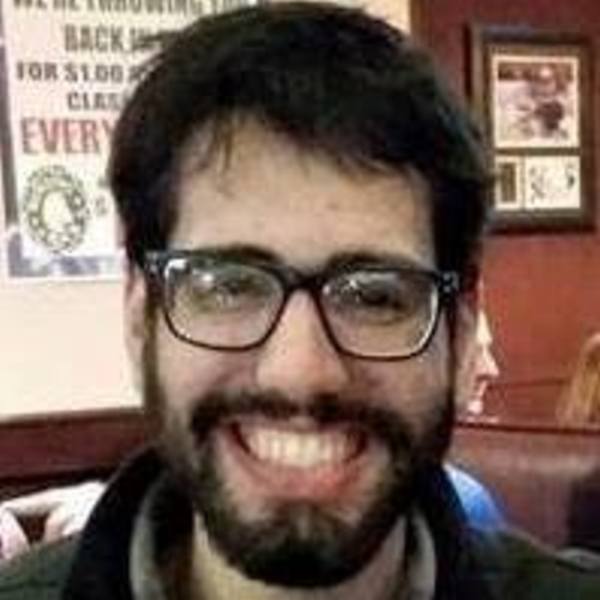 Andy Miles is a senior studying Theology and Pre-Health.  He served as a mentor with Notre Dame Vision in 2015 and 2016.  He finds a strange joy in ironing and has spent considerable time amassing knowledge of useless sports trivia.