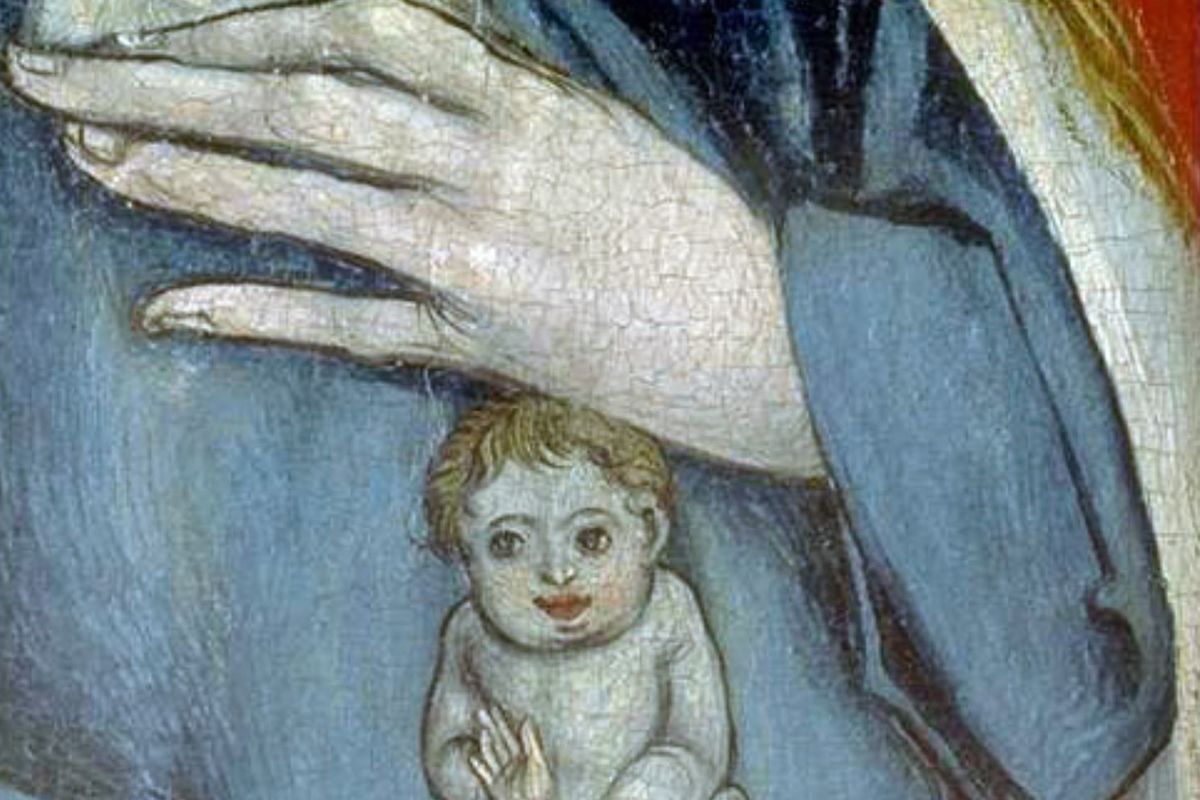 On Monday morning, in a divided 5-4 opinion, the Supreme Court handed down its ruling in June Medical Services vs. Russo, striking down a Louisiana law that required physicians performing abortions to have “active admitting privileges” at a nearby hospital. The “Unsafe Abortion Protection Act,” authored by State Senator, Katrina Jackson, an African-American, pro-life Democrat, received broad bipartisan support. The court ruled it unconstitutional in a split majority.

The ruling comes four years after the Court’s 2016 decision in, Whole Women’s Health vs. Hellerstedt, a similar case in which the Court ruled that a Texas law violated its 1992 “compromise” ruling in Planned Parenthood vs. Casey which stipulated that the State may not enact laws that place an obstacle to a women seeking an abortion. In Hellerstedt, the majority went on to write that the courts ought to weigh the burdens and benefits of laws that may impact abortion access.

Notable was the Court’s extension of Casey’s “undue burden” to abortion providers. In other words, the Court ruled that the Texas health and safety law posed an undue burden on doctors, and therefore on women. Thus the Court extended the undue burden clause from the woman seeking an abortion to the medical providers performing abortion.

Monday’s ruling was something of a reprise of the Court’s ruling four years ago, but it has at least two distinct features. First, unlike Texas, in Louisiana all physicians at ambulatory surgical centers are currently required to obtain admitting privileges at a local hospital, except for abortion providers. Such privileges, as Justice Alito points out in his dissent, require a significantly higher standard of oversight than state medical licensing standards. Therefore, what might be perceived as unduly burdensome for abortion providers, is in fact a standard widely applied to other medical service providers statewide. The Louisiana law also did not criminalize violations of its health and safety law or stipulate additional safety requirements such as those the Court deemed unduly burdensome for abortion providers in Hellerstedt.

Second, this was the first major abortion-related decision in the newly configured Court, widely viewed as test case for how the recent appointments of Justices Kavanaugh and Gorsuch would influence the Court’s reasoning on abortion-related laws. In 2016, Justice Anthony Kennedy tipped the eight-justice court, concurring with Justices Ginsberg, Sotomayor, Breyer, and Kegan in striking down the Texas law, ruling that it was unconstitional because it places a “substantial obstacle in the path of women seeking a pre-viability abortion.”

The split majority argued that the Louisiana law places an unconstitutional burden on women seeking an abortion. In a departure from ordinary jurisprudence, in both cases the plaintiffs are abortion providers, not women seeking access to abortion. That is, an institutional body—in this case abortionists—which has a vested financial self-interest in preventing health and safety standards from taking effect, petitioned the court not because its rights are being violated, but rather under the auspices of a women’s constitutional right to abortion.

Justice Alito, authoring the minority’s dissenting opinion, marveled at the idea that abortion providers are permitted to invoke the right of a third party (women seeking an abortion) in order to attack legislation enacted to protect women’s health. “Given the apparent conflict of interest,” he observed, “that concept would be rejected out of hand in a case not involving abortion.” Despite this jurisprudential irregularity and despite the formal and material differences between the Louisiana’s statute in contrast to Texas’s, Justice Breyer, writing the plurality opinion concluded that the law nevertheless “imposes ‘undue burden’ on a women’s constitutional right to choose to have an abortion” and therefore violates the Constitution.

What truly puzzled both pro-life and abortion rights advocates, however, was Chief Justice Roberts’s concurrence with the majority. His decision in support of June Medical Services was surprising because four years ago he dissented in Hellerstedt. Roberts, known for his concern for institutional integrity of the Court among an increasingly volatile and fragmented populace, wrote in favor of the decision but on significantly narrower grounds.

As legal scholar Erika Bachiochi astutely points out, Roberts’s ruling does not indicate a change in position. In ruling with the majority he was not only in the position to assign the majority opinion to Justice Breyer rather than, say, Justice Ginsburg, but also undermine the reasoning operative in the plurality opinion. In the course of his concurrence, Roberts reaffirms his dissenting opinion in Hellerstedt and repudiates the majority’s reading of Casey’s undue burden standard as a balancing of burdens and benefits.

Roberts argues that when read in isolation from its wider context in Casey, which stipulates the State’s “important and legitimate interests . . . in protecting the health of the pregnant woman and in protecting the potentiality of human life,” the undue burden standard invites the “mysterious” weighing of benefits and burdens which would require justices “to act as legislators, not judges.” Such a cost/benefit analysis, he argues, is province of state and federal legislatures, not the courts. Concurring with the four dissenting justices, Roberts points out that in Casey the Court adjudicated restrictions, such as informed consent and mandatory waiting periods, in terms of whether they pose “substantial obstacles,” not “whether the benefits outweighed the burdens.”

If Roberts’s concurring opinion substantively disagrees with the plurality opinion, one might reasonably puzzle over his ruling. Why in Monday’s case did he rule as he did, if he remains convinced of Hellerstedt’s erroneous interpretation of Casey? Roberts’s concurrence hinges on the doctrine of stare decisis, the Latin phrase meaning, “to stand by things decided.” It is the “legal term for fidelity to precedent” that “requires us, absent special circumstances to treat like cases alike.” Such respect for judicial precedent is vital for any democracy, as it maintains legal stability and curtails judicial capriciousness and partisanship.

For Roberts the issue at stake was not whether the decision in Hellerstedt was right or wrong, “but whether to adhere to it in deciding the present case.” Thus while repudiating the reasoning employed in Hellerstedt, Roberts upheld the ruling on the formal principle of precedent, concluding that, “the Louisiana law imposes a burden on access to abortion just as severe as that imposed by the Texas law, for the same reasons.” Stare decisis, however, is not an incontrovertible principle, and indeed, Roberts himself has deviated from it on different occasions.

As a self-corrective institution, the Court is required to remediate its errors. If its decision in Whole Women’s Health v. Hellerstedt was wrong, it ought to correct its mistake, as it has done over the course of America’s volatile 250-year history. How long must women’s health be sacrificed on the altar of abortion?

At one level, Monday’s case is not about woman’s constitutional right to abortion. It was doctors and not women who sued the state, after all. At a deeper level, however, Russo has everything to do with American abortion law and its internal incoherence which, as Justice Thomas explains has its genesis in Roe v. Wade’s creation of “the right to abortion out of whole cloth, without a shred of support from the Constitution’s text.”

Rather than correcting itself in 1992, the so-called compromise of Planned Parenthood v. Casey had the effect of further convoluting abortion jurisprudence and perpetuating the fiction that abortion is anything more than a specious imitation of freedom, which pathologizes womens’ bodies and dictates the terms of equality on the basis of male womblessness.

The Steep Cost of Superdevelopment to the Environment and Human Dignity

David Lantigua on the steep cost of superdevelopment to human dignity. 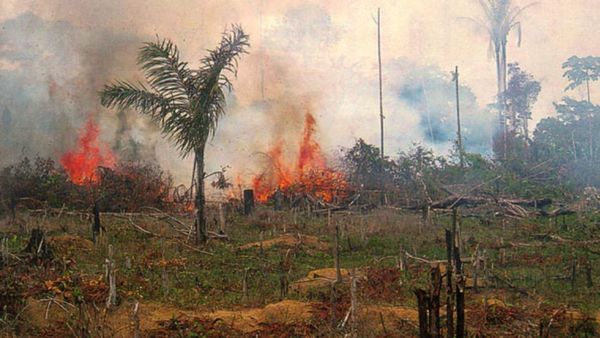