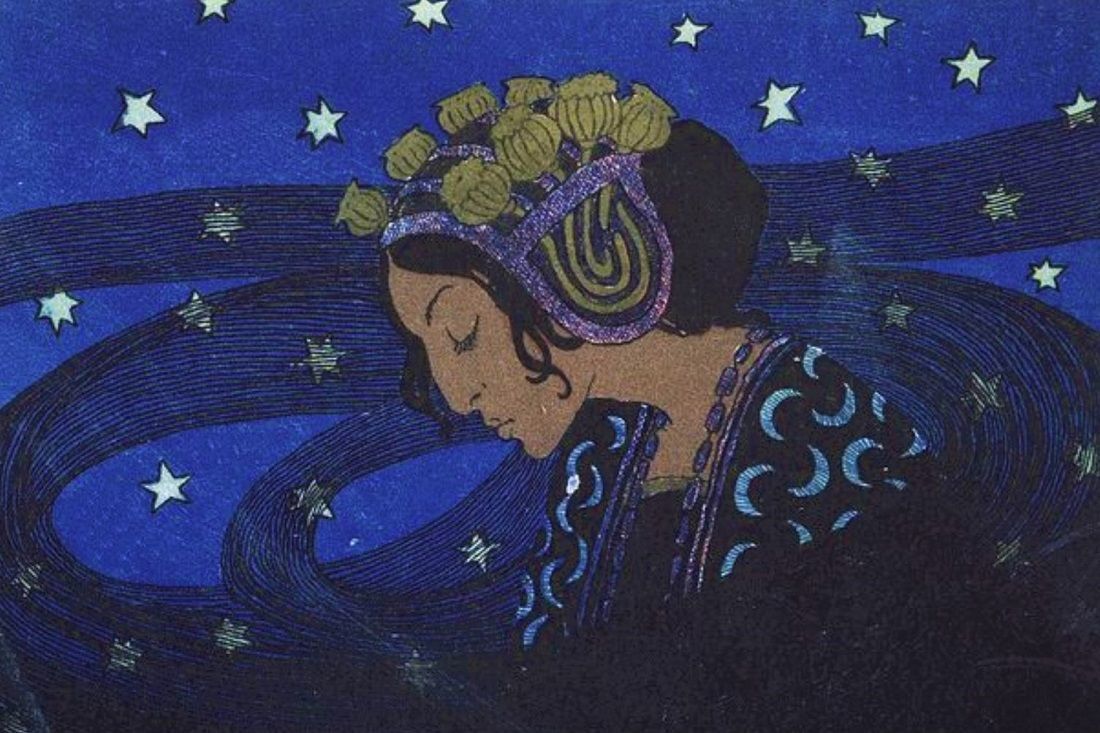 Relationship is at the heart of the redemptive-historical narrative of the scriptures. In them we are told of a creator God who makes himself known to his people, who loves and cares for his children through intimate relationship, who is physically present with them, and desires that none of them should perish. This narrative is woven by God through the lineage of Adam to Jesus Christ.

God himself, the maker of all things, enters into a relationship with mankind through a covenant in a way that is physical, intimate, and eventually, incarnate. From the very beginning of the creation of man, God is said to have “walked” with man. The Genesis account paints a picture of the maker of heaven and earth “walking in the cool of the garden with Adam and Eve and speaking to them by name.” Thus, from the beginning, we see a God who is anything but distant from mankind. Eventually coming ever closer to his people through his creative and redemptive act in his Son, God’s children bear the very image of God himself in Jesus Christ, the Lord Emmanuel.

The Psalmist writes that each one of us is created in a loving way by God who knitted us together in our mother’s womb. Anyone who knits knows the love, creativity, patience, intentionality and vision that is involved in that craft. In the mother’s uterus, God is involved in the creation of a person at the cellular level in a way that is active, personal, relational and physical. In the Genesis account, Adam was formed by bringing together earthly matter and spirit from God to form God’s son from earth. “The Lord God formed man of the dust from the ground and breathed into his nostrils the breath of life, and man become a living soul.” Adam was not conceived; he was formed. Later, Eve was taken from Adam in order that man should not be alone.  Thereafter, through Eve, “the mother of all living” all of mankind would come into being through conception. Conception is rooted in the Latin, "to take from." We see the first conception of life through woman in Genesis 4:1, “Now Adam knew Eve his wife, and she conceived and bore Cain saying, ‘I have gotten a man with the help of the Lord.’” We see conception as this beautiful process, which God enables through woman, to bring forth human life. In Luke’s gospel, we find the same bringing forth of our Lord incarnate. Because of his love for the world, God chose to send his eternal Son Jesus, to be conceived a man of flesh and sinew through the body of his mother, Mary. The Father conceived of both divinity and humanity together in Mary’s womb. Thus, in Mary, God joined together Heaven and earth. “The Holy Spirit will come upon [Mary], and the power of the Most High will overshadow you; therefore, the child to be born will be called holy—the Son of God” (Lk. 1:35). Through Jesus, the Father enters into a physical relationship with humanity through his union by the Spirit with our flesh in his Son Jesus Christ. This beatific union of relationship between the Father and his Son Jesus Christ is a witness of the bond between God and man, not just at the personal level, but at the cellular level as well. It is in Mary’s womb where God brings together things of heaven and things of earth. God truly becomes one with mankind by becoming a man. Thus, there is a relational-personal-cellular construct in humanity, witnessed through creation, and testified through the incarnation of the Lord.

We see this relational construct illuminated at the level of the cells, between a mother and her prenatal child, beginning shortly after conception. In a mother’s womb following conception, God is building between mother and child an anatomic masterpiece, a relational organ, that can only be described as amazing: the human placenta. Like God’s hand reaching out for man as depicted in Michelangelo’s art on the ceiling of the Sistine chapel, baby and mother can be thought of as reaching out for one another at a physiological level to build the placenta. The placenta is therefore considered a fetomaternal organ because it is made by both the baby and mother (and Providence). The placenta is the only purposely transient organ in humans and is the only single organ that is created by two people in cooperation. Through the placenta, mother and prenatal child interface. In one organ we see the function of what is usually performed by multiple organs and systems. The placenta provides the function normally assumed by one’s lungs and kidneys and additionally has metabolic, thermo-regulatory, endocrine and immune function.

Historically, the placenta has been called the “afterbirth” as it is delivered after the baby, and has long been considered nothing more than an afterthought. This, however, is changing. As part of the Eunice Kennedy Shriver National Institute of Child Health and Human Development, the National Institute of Health (NIH) has a “The Human Placenta Project” with a goal of better understanding this important organ and to date, has granted more than $50 million in research funding to study the placenta. As the NIH website says, “The placenta is arguably one of the most important organs in the body.”

The “chimera” in Greek Mythology is the fire breathing creature that is made of three distinct creatures—a lion’s head, a goat’s body and a serpent’s tail. In science, microchimerism is the presence of a small population of genetically distinct and separately derived cells within an individual. The growing baby sends some of her cells across the placenta into her mother in a way that we are only beginning to understand. These cells migrate to various sites of maternal tissue and integrate into them. They then assume the function of the surrounding tissue and begin to function as such. The presence of fetal cells in maternal tissue is known as fetomaternal microchimerism.

Microchimeric cells have been found in various maternal tissues and organs, such as the breast, bone marrow, skin, liver and brain. Early and late effects of these cells have been hypothesized. Some of these cells appear to target sites of injury and may help mother heal after delivery by integrating into the Cesarean section wound and helping to produce collagen. Fetal cells may be involved in the process of lactation by signaling the mother’s body to make milk. Others have been thought to help protect a mother against breast cancer later in life. This process likely involves negotiation and cooperation between mom and baby at the cellular level. Researchers are in the early stages of attempting to understand the full function of these cells, but some models suggest that some of these cells continue to aid the mother years after her baby is born and may even influence spacing of future siblings. There is increasing evidence that fetomaternal microchimerism persists lifelong in many childbearing women and may have important implications for the immune status of women. Some studies suggest that fetal cells protect women against autoimmune disorders. The full significance of fetomaternal microchimerism remains unclear and in some studies the cells have been linked to higher rates of diseases. The reality of this process challenges our long standing ideas about human beings existing as singular autonomous individuals.

Human beings carry remnants of other humans in their bodies. This process is bidirectional, as you would expect in a relationship. Male cells may occur in the blood of as many as 8-10% of healthy women without sons and no history of abortion or pregnancy loss. This may be the result of a phenomenon called “the vanishing male twin” or could be the cells that entered her mother’s circulation from a previously carried male child, and then entered her own circulation. Identical twins exchange these cells through their shared placenta. The end result of these processes is that many of us are interconnected at the cellular level. What is truly amazing is that these cells are not inert. It would be one thing to have the cells from another person in your body and for them to do nothing. But it is another thing entirely that these cells become integrated into maternal tissue and are active and working in ways that we are just beginning to understand. This is radical mutuality at the cellular level. Think about mothers who have lost both prenatal and postnatal children, and how they have longed for their children still to be with them in some way, and now we see that they are in fact. What we can deduce from this mother-child cellular interconnectedness? We can say that Mary not only carried the Son of God in her body when he was in her womb, but that she likely carried his cells in her body throughout her life in a way that further magnifies her position as the glorious Theotokos.

The existence of the placenta and fetomaternal microchimerism provide glimpses into the cooperation and interconnectedness that exists at the cellular level between mother and child in the relational biology of mankind, which God has magnificently designed. The mother-child symbiosis serves as a beautiful example of God’s relational creation in a way that speaks to interconnectedness, mystery, and beauty. The ultimate mystery and beauty is seeing this process as having taken place through our Lord Jesus Christ who was conceived through this same biological process in the womb of his mother, Mary. What amazing love God has for mankind that he would come to earth in the flesh through the conception of Jesus the Son in the womb of a woman, to join himself to man at the cellular level in order to physically redeem and reconcile mankind to himself through his Son’s birth, death and resurrection. In the words of St. Augustine:

Man’s maker was made man, that He, Ruler of the stars, might nurse at His mother’s breast; that the Bread might hunger, the Fountain thirst, the Light sleep, the Way be tired on its journey; that the Truth might be accused of false witness, the Teacher be beaten with whips, the Foundation be suspended on wood; that Strength might grow weak; that the Healer might be wounded; that Life might die. 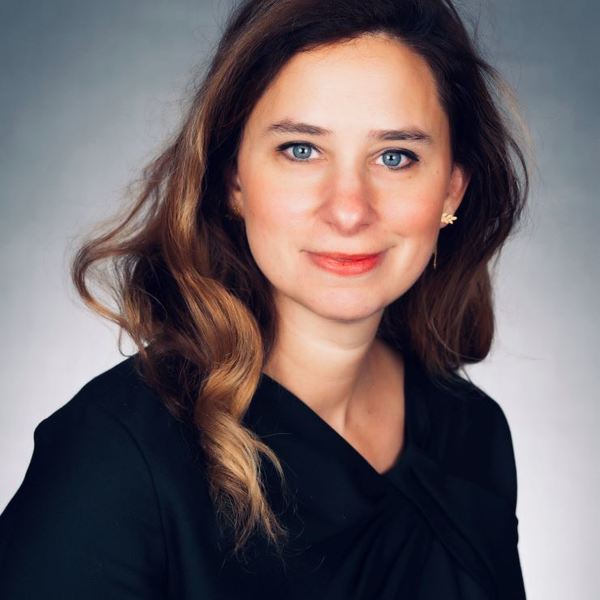 Where the Consonance Between Science and Religion Lies

David Bentley Hart on the thresholds of knowledge. 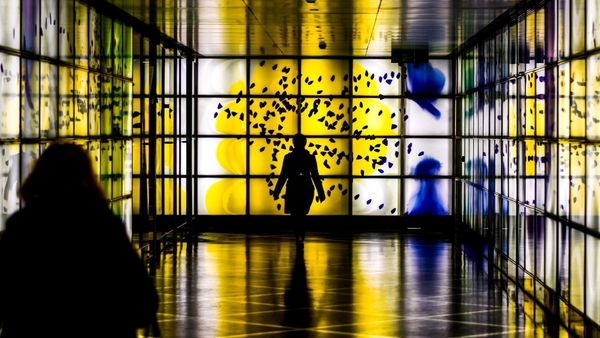