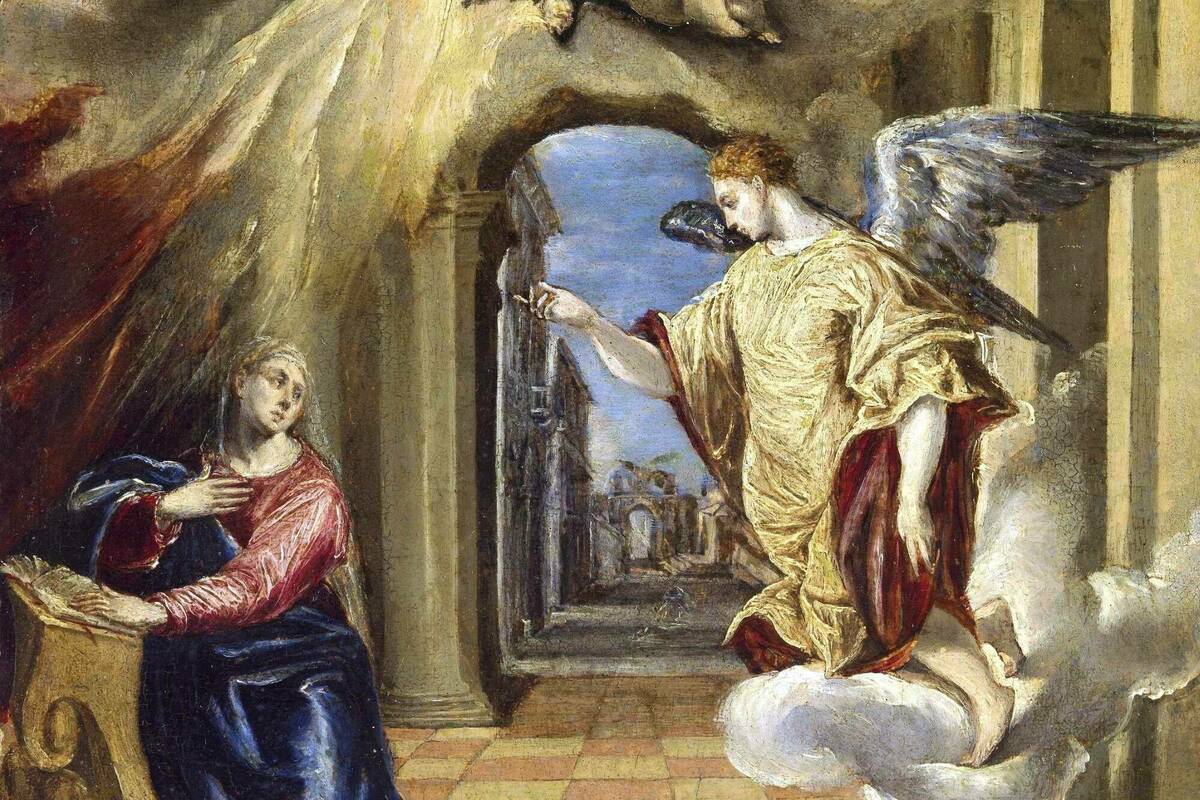 When my children were in elementary school, they would occasionally bring home worksheets entitled “Fact or Opinion,” with lists of statements to be labeled “F” or “O.” Most of these were obvious (“Vanilla ice cream tastes better than strawberry”; “The sun is farther from the earth than the moon is”). Some of them were meant to be obvious but in fact waded into deep philosophical and scientific waters (“Cats are smarter than dogs”). Since the purpose of the exercise was to distinguish between subjective and objective statements, I always found it odd that there was no category for false objective statements (“I’m taller than Michael Jordan”), which are neither “facts” nor “opinions.” Despite the flaws in this particular exercise, however, the idea that one can submit propositions to the light of reason and place them in one category or the other is a powerful one.

A similar practice stands at the core of “Discernment of Spirits,” the extremely useful methodology developed in the sixteenth century by St. Ignatius of Loyola.[1] While his system has many subtleties, its basic principle—obvious once pointed out—is that our minds are constantly receiving invitations from the good angels/Holy Spirit, which we should accept, and from the bad angels/Satan, which we should reject (and should in fact do the opposite). Sometimes discernment is straightforward and objective, with propositions easily categorized once submitted to the light of reason. For instance, anything directly contrary to the teachings of Christ is from Satan and will lead us away from joy.

Subjective discernment, on the other hand, is more difficult, for deciding which of the vast array of good things I should do at any given moment defies rule-based algorithms. Right now, should I speak or hold my tongue? Should I grade term papers, read the Bible, or call my friend? What about those situations like the one described by C.S. Lewis, where he rather grudgingly obeyed the voice in his head nagging him to get a haircut (though he had decided he did not need one that day) and was greeted by his barber saying, “Oh, I was praying you might come”? And what about those rare but crucial cases where God calls us to do something that flummoxes natural reason and moral intuition, like Abraham’s sacrifice of Isaac? Furthermore, what about those all-too-many times when I see the good perfectly well but do not do it, that irrational state of war between our will and our members which defines the human condition since the Fall?

The remedy for our fallen condition, and what enables us to order our lives in the way best for ourselves and others, is grace. Receiving this grace—whether it helps us to do the right thing initially, or to be renewed by God’s forgiveness after we fail and repent—is the path to joy. Our emotions may not always comply; some periods of dryness and desolation, as St. Ignatius also teaches us, are necessary for growing our faith. We know from the private journals of Mother Teresa, one of modernity’s greatest saints, that for decades she experienced a spiritual darkness so painful that she felt as if she would break. Nevertheless, the paradoxical ability to rejoice in the depths of one’s soul even while suffering, and at the times when God feels most remote, is the mark of the mature follower of Christ.

This spiritual background will help to shed light on Gabriel’s greeting to Mary (Luke 1:28), which we commemorate today. Whereas Eve failed the discernment test and fell for the lies of the bad angel, Mary gave her full and free consent to the good one; her fiat, “let it be done” (Luke 1:38), ushered in the New Creation, just as God’s fiat had ushered in the first (Gen 1:3). Gabriel’s opening word to her is often passed over as a polite but essentially contentless salutation; Greek chaire, literally, “rejoice,” could indeed be used this way in common speech.

Yet reason and intuition both balk at the idea that the premier messenger of God, initiating the world’s most important conversation, would open with a mere “Hello!” Although there is something wonderful, and incarnational, about God entrusting his treasure to the ridiculously defective vessel of our human language, I believe there is more to it than that. Digging deeper into the meaning and the biblical resonances of Gabriel’s greeting reveals several important truths about the economy of salvation.

First, the Greek suggests, in a way that translations unfortunately obscure, a connection between Gabriel’s chaire and the word that follows it, kecharitōmenē.[2] This word is a perfect passive participle of charitoō, whose -oō ending marks it as a “factitive” verb—that is, a verb that means “to make [someone] be [something].” For instance, the factitive douloō means “to make someone a doulos [slave]”; eleutheroō means “to make someone an eleutheros [free person].” The stem of charitoō is charis, the equivalent and cognate of Latin gratia, “grace.” kecharitōmenē actually means something like “en-graced one, one whose identity is defined by grace.” Since chaire and charis are from the same root, the etymological wordplay conveys that Mary should rejoice because she is the one defined by grace.

Second, the context suggests that the meaning “rejoice” is indeed what the Evangelist intended. While chaire was an appropriate greeting in Greek society, the customary Jewish greeting was shalom, “peace” (Greek eirēnē); in Jewish contexts, Luke uses the latter word (10:5, 24:36). As several scholars both Protestant and Catholic have recognized,[3] Gabriel’s threefold greeting, “Rejoice, en-graced one, the Lord is with you,” recalls the Old Testament prophecies addressed to Daughter Zion, the personification of God’s people:

Sing aloud, O daughter of Zion; shout, O Israel!
Rejoice and exult with all your heart, O daughter of Jerusalem!
The LORD has taken away the judgments against you, he has cast out your enemies.
The King of Israel, the LORD, is in your midst; you shall fear evil no more (Zeph 3:14-15).

Rejoice greatly, O daughter of Zion! Shout aloud, O daughter of Jerusalem!
Lo, your king comes to you; triumphant and victorious is he,
humble and riding on an ass, on a colt the foal of an ass (Zech 9:9).

Like these Daughter Zion texts, Gabriel’s greeting follows the tripartite pattern of a call to rejoice, an identity-defining address, and a divine attitude or action—namely, the King “in your midst” or “coming to you”—that offers a reason to rejoice. Furthermore, the other two birth announcements in the opening chapters of Luke, to Zechariah (1:14) and to the shepherds (2:10), emphasize the theme of joy. It would be bizarre for the Annunciation, the Birth Announcement of Birth Announcements, not to include that element.

One final aspect of Gabriel’s greeting emerges later in the Gospels. Though other forms of the verb chairein and its cognate nouns are not infrequent, the singular imperative chaire appears in only four other places in the New Testament: three times in the soldiers’ “Chaire, King of the Jews!” (Matt 27:29, Mark 15:18, John 19:3), and once in Judas’s greeting at Gethsemane, “Chaire, Rabbi!” (Matt 26:49).[4] Perhaps Judas the Zealot, disappointed at his Master’s failure to vindicate the Jews militarily, used the non-Jewish greeting as sarcastically as the soldiers did. His betrayal was surely the most painful part of Jesus’s ordeal. In both of those situations, the word’s literal meaning contains the same irony as the Cross: that of Jesus’s humiliation sealing his kingship, and of the greatest evil begetting the greatest good.

From the very beginning, then, Mary, the personification of God’s people, shares intimately in both the agony and the triumph of her son. As our world totters on the brink of nuclear war, it is urgent that Christians, his body, understand what this means. Standing outside of time, God knew exactly what the earthly Church would become. He saw all the heresies, schisms, corruption, and violence throughout Christian history. He saw the lukewarmness, defensiveness, and hypocrisy of modern Christianity. He saw the diabolical masterpiece of sexual abuse of children by clergy throughout the centuries. That is why he gave us, in Mary, the Church in perfect beauty, unmarred by sin. Hans Urs von Balthasar emphasizes this aspect of “the indivisible unity of God’s entire community of salvation: Israel-Mary-Church”[5]:

The Church already existed from the time of the Incarnation. True, she was not institutional—only much later would Jesus call his twelve disciples and vest them with the authority to preach and dispense the sacraments—but then she was more perfect (“immaculata”: Eph 5:27) than she would ever be again. The realized Idea of the Church comes at the beginning.[6]

That Mary is Woman—the New Eve and the New Jerusalem, the Bride of God and the spiritual mother of us all—has been for me the key insight that brings the biblical narrative and human history into focus.[7] Life really is a perpetual battle between the Serpent and the Woman, just like the Bible says (Gen 3:15, Rev 12)—and yet tomes are written about Christianity that treat the Mother of God, if they mention her at all, like wrapping paper discarded and forgotten after Christmas morning! No wonder we are so messed up. “It is not good for the man to be alone” (Gen 2:18), even—especially—when that Man is also God.

The good news is that God says “No” only when he has something better to give us. What better gift could there be than the mother who has loved you, infinitely, from the moment you burst into life, and who wants nothing more than for you to ask her to scoop you up out of the sandbox and deposit you in God’s lap? (If making this request feels difficult, submit to the light of reason whether the resistance is more likely to be coming from the Holy Spirit or from a different one.) On this day thousands of years ago, though the world would appear no different, her word of consent changed everything. Rejoice! Yours could too.

EDITORIAL NOTE: A version of this piece with the title, "Gabriel's Hello," is also being published today by Christian Scholar’s Review. The author is especially grateful for this gesture of Christian solidarity on the Feast of the Annunciation, 2022, the day on which Pope Francis is consecrating Russia and Ukraine to the Immaculate Heart of Mary.

[1] A comprehensive introduction to this life-changing spiritual practice is Timothy M. Gallagher, The Discernment of Spirits: An Ignatian Guide for Everyday Living (New York: Crossroad Publishing Company, 2005). A more compact but equally helpful one is Dan Burke, Spiritual Warfare and the Discernment of Spirits (Manchester, NH: Sophia Institute Press, 2019).

[2] My discussion in this and the following paragraph draws heavily on Edward Sri, Rethinking Mary in the New Testament (San Francisco: Ignatius Press, 2018), 13-28.

[4] I owe this observation to Blake Britton, Reclaiming Vatican II: What It (Really) Said, What It Means, and How It Calls Us to Renew the Church (Notre Dame, Indiana: Ave Maria Press), 115 (though he does not discuss the Judas passage).

[7] In addition to the works already cited, the ones that have been most revelatory to me are Brant Pitre, Jesus and the Jewish Roots of Mary: Unveiling the Mother of the Messiah (New York: Image, 2018) and Michael E. Gaitley, 33 Days to Morning Glory: A Do-It-Yourself Retreat in Preparation for Marian Consecration (Stockbridge, MA: Marian Press). I explore the scriptural basis for this in The Riddle at Cana and The Mystery of Miscarriage. 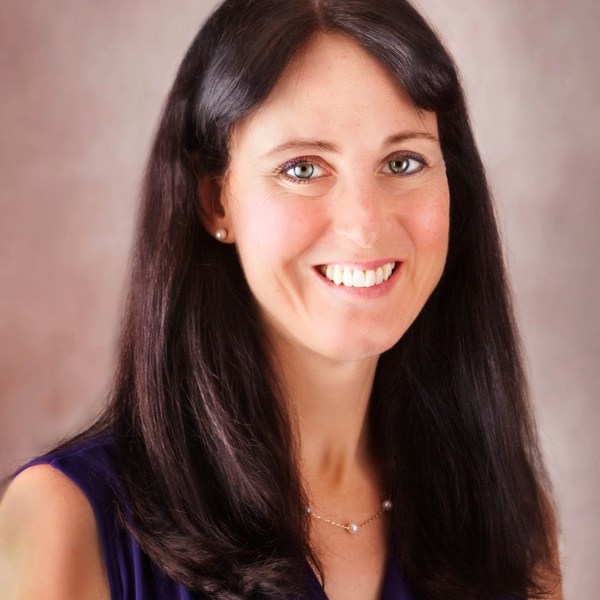 The Annunciation and Vocational Fear

Samuel Bellafiore, seminarian for the Diocese of Albany, NY, looks to the Virgin Mary to show us how to approach priestly celibacy in sex-saturated times. 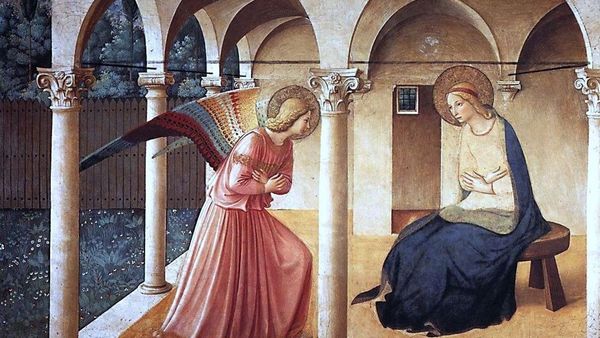