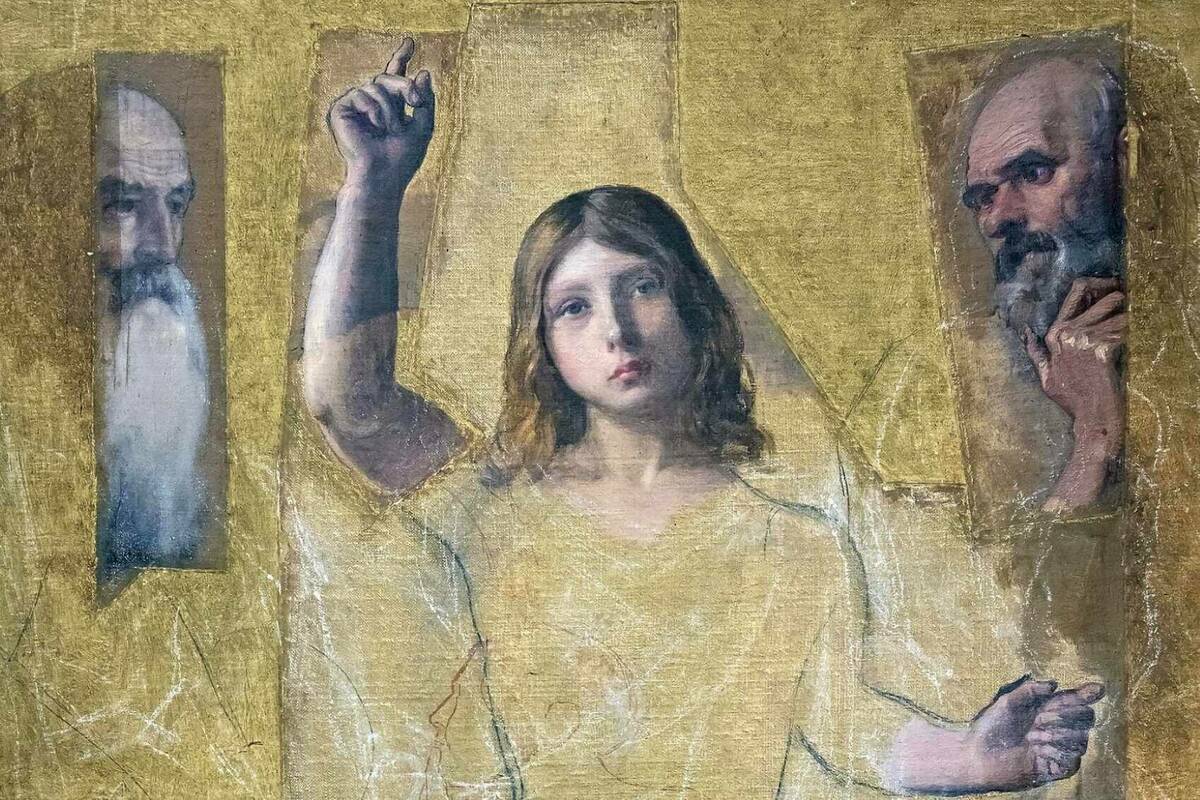 Although the organizers had not announced any unified theme, nonetheless all the sessions of the conference[2] were carried out in the same spirit; all were in search of a solution to the same problem. From this it may rightly be concluded that at issue were fundamental questions of the present age, which came to expression in a clear manner here.

From the vantage point of the supra-individual, Catholic worldview, the present age has acquired a new appearance. It has above all been recognized as a turning point. A turning point toward which four centuries already strove, which however has only been reached today (Dr. [Peter] Wust, Cologne). Since the conclusion of the Middle Ages the unified worldview had unraveled itself into individual problems that no longer seemed subject to a unified solution. The relativization of the cosmos and the overwhelming endlessness of space unsettled Medieval man (who had closed his synthesis too soon), and pressed toward a subjectivism and individualism. The spirit of analysis took hold and labored with tireless zeal toward the dissolution of the hitherto suprarational-complex into the rational-individual. This was the tremendous deed of modern natural science and technology, a fruit of the analytic spirit. In the course of which, however, the eye had become blind to the coherence of the whole, to the order of the world. Spirit and soul had become functions of material, or they functioned according to the same laws anyway. Indeed here and there attempts were established to build a metaphysics and bring spirit into material; the most significant was Leibniz. But he was not heard. And in those peculiar systems of the nineteenth century, metaphysics was transformed into dialectic or into reverie and fantasy. The longer the spirit of analysis reigned, all the more severe became the isolation of the individual, the atomization of personhood. Kant sanctioned this in his phenomenalism; Romanticism and Symbolism brought it to completion in art. Today, however, the turning point came. “As forcefully as a wind coming in off the sea,”[3] a new spirit blows. The inadequacy, indeed the impotence of analysis has been discovered. A call goes through the world for synthesis.

This call was the basic tone of the conference. It was raised most loudly in the three splendid presentations from Prof. Hans Eibl of Vienna. For him the world is not a loose framework of modes of being—or as [Gregor Konstantin] Wittig scoffs, “a mass of material, a bit of spirit, and an initial impact from which all forces arise, and along with all that a Law of Causality”—no, the world is an immense hierarchy of essences and domains, which organically ascend and press, in ever greater concentration (internalization, synthesis), up toward God, the source of the world. This is the old, magnificent, synthetic image of the world of Neoplatonism, such as it was taken up by the Fathers. History, as Clement of Alexandria conceived it, in expanding upon Stoic thought, is a single great expression of the divine Logos; it converges upon a maximum of meaning. Germs of reason (λόγοι σπερματικοι) have been sown in the world, which do not however, as [Oswald] Spengler—still half-trapped in individualism—believes, blossom and die in isolation, but rather are there for one another and converge upon one another. Thus Clement hazarded the notion that antiquity too is a Logos and converges upon Christianity; antiquity must therefore be incorporated, not repudiated. For this reason every Renaissance is sanctioned. Eibl gives this notion value for the present: The modern era too is a Logos; it is not to be repudiated, but incorporated.[4] On the basis of this a synthesis with Kant becomes possible, indeed necessary. This synthesis becomes possible by means of Augustine (not Thomas) and his notion of the creative power of the I. On the other hand Kant meets us, for in him too a metaphysics lies hidden: the strict delineation of all the contents of consciousness of two given subjects, which he cannot do without, but which he does not know how to explain, demands a common metaphysical rootedness. With this, however, we are on good Augustinian ground.

Now, on this basis we also understand how the objectivity of the Church acquires value, for it bears the incarnate Logos through time. Bishop [Sigismund] Waitz and especially Fr. [Alois] Mager, OSB, lecturer at Salzburg, explained in sublime terms the objective meaning of the sacramental Church which, due to a centuries-long individual-Protestant mindset, had been pushed much too forcefully into the background. The Church is indeed the continuation of the life of Christ, we the members of his mystical body, and thus the Church, as the refuge of absolute Truth—for it carries Christ within it—stands high above subjectively-tinged philosophy. It does not need to fret about how it can accommodate this or that system, or even how it might evade them with dodges; no: the Church is so rich that it can draw all truth into itself, from wherever truth originates. Thomas saw the world from the standpoint of the thirteenth century, and, since then, if not new truths, then nevertheless certainly new aspects of all truths, have been discovered. The historical Logos is indeed a blossoming, an unfolding, a development. In our synthetically-thinking era new forces are at work, which point back to Augustine, the Fathers, Plotinus, and Plato.

The enthusiasm with which the presentations of Fr. [Anton] Stonner, concerning the position of the Church on social questions, were taken up, demonstrates how closely this theme is bound to fundamental concepts. The gathering-together of scattered persons, the synthesis of public life, this is the principal equivalence of all persons. From an entirely new side the War taught us to feel the idea of community. Love is awakened, whereas earlier there was present only “stage interest,” curiosity for social questions. But who else, apart from the Catholic Church, is the congruent form for this loving understanding of neighbor? Only and ultimately in it is to be found the deepest meaning, the basis and the goal of community, for only in it does the individual have at once the most active share in the whole and the greatest concentration of the person, the most active interior life in God. This interior life is not just a compensation for life in God, for the consciousness of always remaining in him; the childlike-simple, self-evident relationship to him is the presupposition for a natural, un-compelled life in community. Fr. [Peter] Lippert, SJ, depicted this community in God in his own wonderful way. Thus the fundamental idea of the conference was the synthesis of all the material piled up through the centuries, the discovery of convergence.

The present era is a single, great convergence upon the Church. It would be irresponsible to let this moment, which is more opportune than any previous, to slip by unused.

EDITORIAL NOTE: The following document is one of Hans Urs von Balthasar’s first two publications, both of which appeared in 1925, when he was a twenty-year-old doctoral student in Germanistics at Vienna. Though the document is merely a brief conference report, it provides considerable insight into the development of Balthasar’s worldview, his construction of the relationship between antiquity and modernity, and the fundamental challenges he saw facing the Church and theology. This document was translated by Jonathan S. King of Fenwick High School in Oak Park, IL

[2] Translator’s note: On the context of this conference and the speakers who presented at it, see Manfred Lochbrunner, “Hans Urs von Balthasars Bericht von der Innsbrucker Herbsttagung 1925,” Geist und Leben 71 (1998): 460-472. 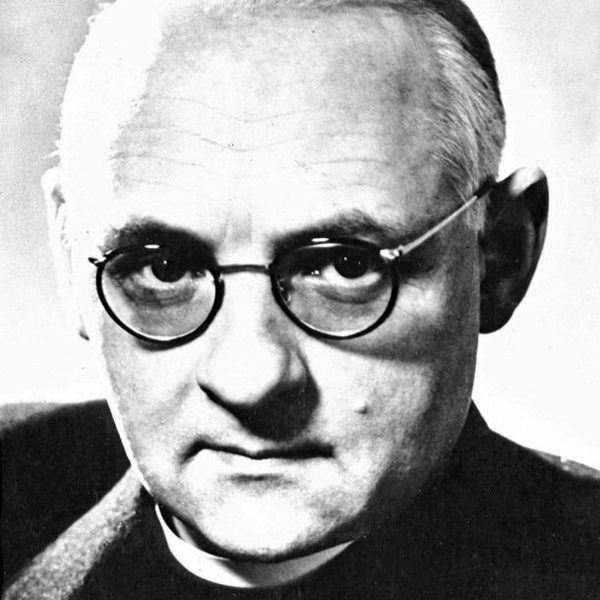 Hans Urs von Balthasar (1905–1988) was a Swiss Theologian and Catholic priest, whose many writings were highly influential in the 20th Century. He was a founder of Communio, and wrote over a hundred books in his lifetime. Today, he is regarded by many as the greatest theologian of the twentieth century.

The Development of the Musical Idea: Attempt at a Synthesis of Music

Hans Urs von Balthasar on the philosophy, history, and meaning of music. 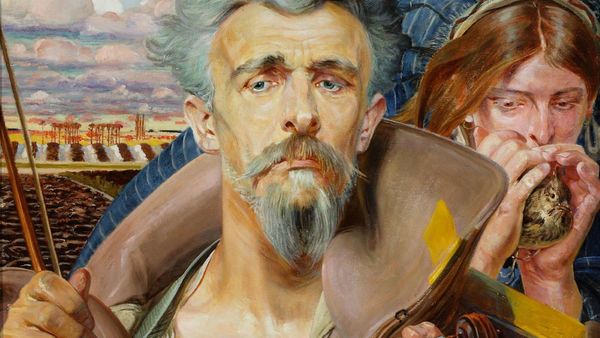