“Are the shootings and the wars going to happen here, Mom?” The little girl asked her mother after hearing yet another violent news story. Nice, Paris, Turkey, Syria, Dallas, Minneapolis . . . and, unfortunately, the list goes on of places suffering the complexity and heartbreak of eruptions of often unpredictable violence. Where next? We may wonder, along with the little girl, when and how terror and violence will arrive even closer to where we live.

Often, a first response to violence is fear. Sometimes fear leads to a desire for revenge, to building barriers, or even to a violent lashing out against the ones who have instilled the fear in the first place.

Christian preaching has something different to say to the violence that exists near and far in the world. The Christian response to violence is rooted in the bedrock of our faith and the substance of all authentic Christian preaching—the Paschal Mystery. Jesus saw in his time at least as much violence and death as we see today, and we know that Jesus’ love was stronger than the worst death that the Roman Empire could deal. He met that death while actively challenging the forces that attempted to keep people living in fear, and he rose from the dead, showing once and for all that the path forward from violence and death is always love.

The Christian preacher has the privilege of challenging the community to embrace Christ’s active love, creatively and over and over again. This can be a daunting task, especially since as preachers we ourselves are not immune from fear. Nonetheless, proclaiming the Paschal Mystery is at the very center of faith and ministry.

Authentically hopeful preaching that reveals an alternative to fear and isolation contains at least three important elements: the inner life of the preacher; the preacher’s awareness of how violence and instability are affecting the worshipping community; and a theological understanding of preaching as the fostering in the community an encounter with the Risen Christ.


Somewhat paradoxically, in order to be able to preach a message of authentic hope, the preacher must be aware of her or his own fear. Honesty about the anxiety and concern we feel about violent happenings in many parts of the world is crucial to any preaching that seeks to provide an alternative to fear. If we stop there, though, we would stand to reinforce the community’s fear rather than provide resources for responding to fear with love.

It is important that we as preachers open ourselves over and over again to the mystery of our own faith that shows us that love is the only life-giving response to hatred and fear. Christian faith would not have us passively endure abuse; rather, it proclaims the possibility of another way. Preaching can be an impetus to transcend our fear and actively work toward a lived reality that reflects more love than it does hatred.

Awareness of the Faith Community


Not only must the preacher be present to the unfinished business of his or her own spiritual life, but awareness of the community’s strengths and struggles is also important. The pastoral work of sitting with people in their best and worst moments, in all of their strength, weakness, powerlessness, and fear forms the minister and preacher to be able to stand in the midst of all of that and preach a word of hope. Pastoral engagement can be a tremendous help in keeping preaching concrete—not in preaching the pastoral circumstances, but in the knowledge that communities need real and concrete homilies, given that platitudes and abstractions do not respond to real and painful questions.

Pastoral encounters can be moments of grace in which Christ’s love is acknowledged and known right in the midst of the complex reactions, feelings, and insecurities that characterize human response to pain and loss. These pastoral encounters, together with the preacher’s personal engagement and self-reflection, form the basis for concrete preaching that is itself encounter, and that provides an alternative to living in fear and isolation.


The Second Vatican Council’s theology of preaching recalls and brings to the present the ancient conviction that remembering and proclaiming Jesus’ words and deeds lead to a real encounter with the Risen Christ. Further, the Church understands the scriptural Word itself to be the person of Christ (Jn 1) who came to the world as light forever unconsumed by darkness.[1] Preaching can and ought to bring about awareness of the presence in the here and now of Jesus Christ himself.

This is quite a tall order for 7 to 12 minutes on a Sunday. Fortunately, preachers have the grace of God to lean on. As mentioned before, the preacher speaks of courage right out of her or his own fear only by way of faith in the One who triumphed over fear. The preacher then preaches hope not only in the words spoken, but in posture, gesture, facial expression, and tone of voice. The best way to foster an authentic encounter with Christ in the community is to preach from a lived experience of that very encounter.

Yes, there is much instability and danger all around us today. No more, though, than existed at the time of Jesus. He came to show us that the way through danger, insecurity, and hatred is love.

The task of preaching is to foster an encounter with Love, with the God of Jesus Christ who animates us to give our best energy to developing new pathways to justice in our day. 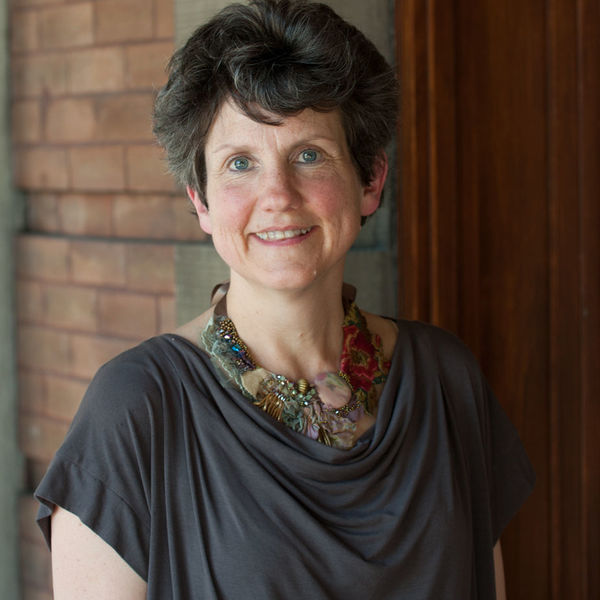 Deborah Organ has been a Catholic preacher for 35 years and has taught homiletics in English and Spanish. She currently teaches Practical Theology at St. Catherine University in Saint Paul, Minnesota and has her clinical practice in the treatment of trauma at Holy Rosary Catholic Church in South Minneapolis. She is the Fall 2016 Marten Program in Homiletics Visiting Fellow at Notre Dame.