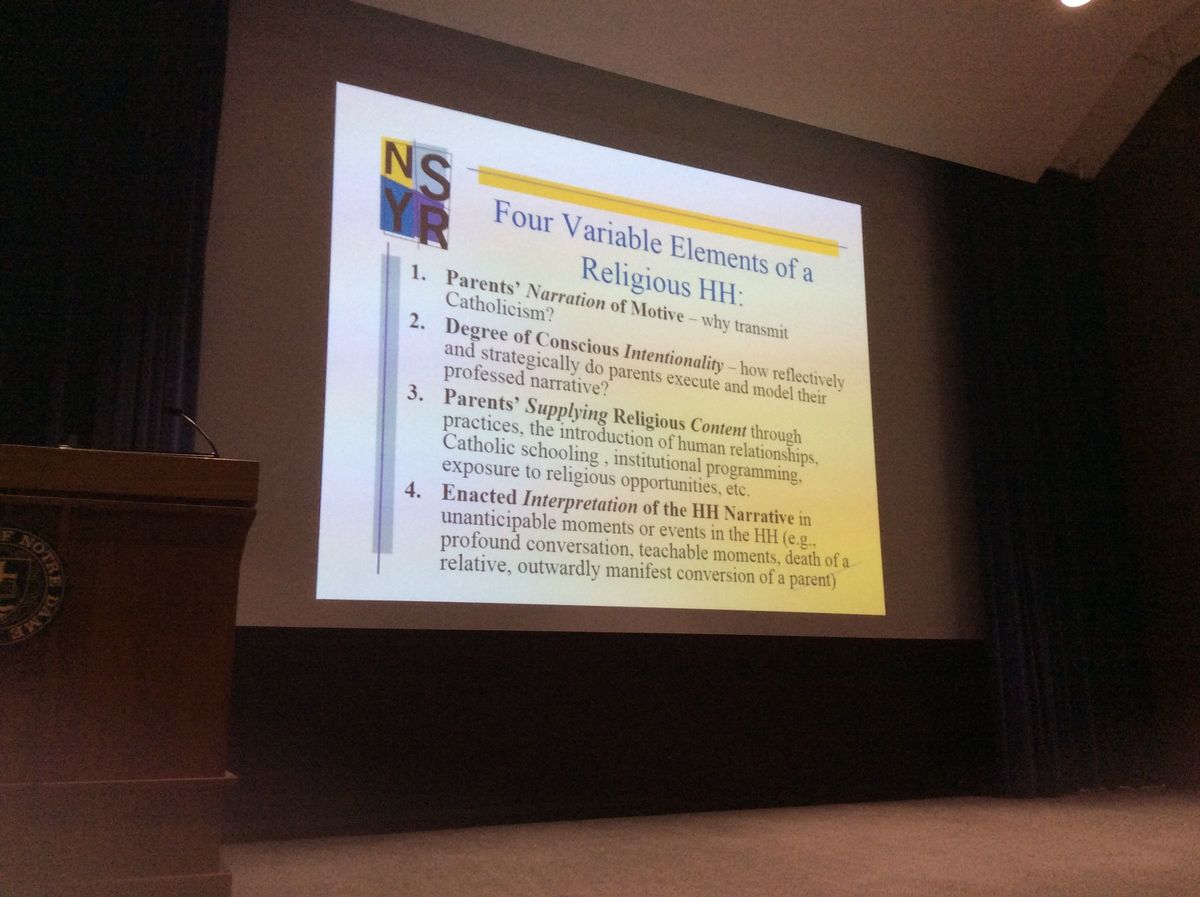 Last night, our annual Symposium on Liturgy and the New Evangelization kicked off at Notre Dame (after we were first pummeled with heat, humidity, and an apocalyptic storm in which two inches of rain fell in 20 minutes).

Here are five insights from their talk at our Symposium, "From Generation to Generation: How American Catholic Parents Today Approach Passing on the Faith to their Children."


Today, at the Symposium, we'll continue examining what is the present culture for religious transmission in our own age. And what are the consequences for liturgical prayer and household ritual in particular? And we'll get to asking some tougher questions, such as the one asked by Michael Bayer last night on Twitter. Yes, parents matter. But, why is it that so many adult parents are so deeply disengaged from faith at all?

Question that MUST be asked: why aren't the PARENTS more motivated to transmit faith effectively? What are the factors there? #NDLiturgy16