This is the fourth and final installment in our series examining the characteristics of effective preaching in the Catholic tradition today. You could call this a postscript, “What Not to Say or Do in Preaching for Effectiveness.” Here are some admonitions I give myself:


We have a lot of moralistic preaching today, I think. I’ve heard moralisms of the right (which usually have to do with sexual morality) and moralisms of the left (social justice). Moralism is moral challenge without the love relationship which makes discipline and right action desirable and achievable. Is there moral challenge in the Gospel of Jesus Christ? You bet, and plenty of it. But it is grounded in a vision of joyful discipleship, as Pope Francis continues to remind us. Before you challenge, you need really Good News to plug people into, making meeting your challenge possible. Avoid using the words should, ought, and must in preaching. However true or well-intentioned, those words sound dictatorial rather than persuasive. Lead people into the arms of God and they will rise to amazing heights of moral reform.


People don’t come to church to hear silliness, banality, or trivia. They come to be fed, to participate in something which gives meaning and direction to their lives. A consistently heard complaint about preaching is that it doesn’t go anywhere meaningful. People tune out what doesn’t matter. Go deeper—deep into their hearts, deep into the heart of the Lord. Lead them somewhere. Give them a faith worthy laying down their lives for. Point the way into the life of God. Offer a vision of a better life.

Avoid abstractions, generalizing, or principles shorn of examples and concreteness.


Abstractions and principles distilled from the text sound like academic talk, and this evokes the “Father is speaking over my head” reaction. Make it concrete. Give illustrations of the message. Suggest positive ways it can be lived. Learn to soar while keeping one foot on the ground.

Don’t read to us.


I believe that any of the three major delivery methods—manuscripts, notes or outline, or nothing—can be successfully used to produce effective, conversational preaching. I myself remain basically a manuscript preacher. But there is nothing deadlier to reception than a homily that sounds like it's being read. “A read sermon is a dead sermon.”[1] Manuscript or no manuscript, preaching is real-time, oral communication between a concrete, living preacher and a concrete, living community. It’s a conversation about something of utmost importance.


Good preaching has an element of suspense. It makes hearers think to themselves, “Where is he going with this?” Even if they can foresee the message or goal, they want to be enthralled with how the preacher will get there. Vary the structure of your homilies; don’t fall into a rut such that your hearers know after 30 seconds where you’re going. Offer different angles of vision that surprise and engage. Make old truths sound fresh and inviting.

Avoid standing too far away from the scriptural text, or too close to it.


Christian preaching is bound to ancient sacred texts, and this is a good thing. But where you stand in relation to that ancient text matters. There is an appropriate degree of freedom and creativity in scriptural preaching. Preachers who stand too close to the text get too minutely exegetical and can miss the most important messages. Preachers who stand too far way, too loosely related to the text, risk compromising Scripture’s authority and thus making it about themselves.

Avoid or reduce speaking in the imperative, interrogative, or subjunctive moods.


The grammatical imperative, however well intentioned, lands on listeners’ ears as authoritarian or dictatorial. Your job is to exhort, not tell people exactly what to do. Likewise, too many questions make hearers feel interrogated, or lay out puzzles the preacher cannot solve, paving the way to disappointment. Use no more than an occasional, well-chosen rhetorical question to spur people’s reflection. The subjunctive is usually expressed in constructions like “let us . . .” and “may we . . .” Many preachers resort to these pious-sounding phrases in the closing movement of the homily. While this is meant to sound encouraging, in English the subjunctive has atrophied to the point where it sounds weak and vague. For best effect, stick with the indicative, and ordinarily in the present tense.


Certain things are just toxic from the pulpit. Listeners respect you and the office you hold, but they don’t want to be talked down to, as if they were children or thick-headed. As for cynicism, it’s been called the last redoubt of highly idealistic people who are disappointed by the world. No matter how tired or discouraged you feel at a given moment—and all of us have these moments—don’t give in to the temptation to spread a spiritual infection by resorting to passive-aggressive, caustic, or cynical humor. Give people reasons to put their hope in God.

Don’t let silence be the end.


When you’re done giving a homily, or done with Mass, you’re still not done. Find ways to continue the conversation. Start by reading your hearers as you speak. Follow up by listening carefully to people in the back of church. Send multiple messages that you want and need to hear from them—because you do—and that you value their thoughts and welcome further conversation. Put your homily online and invite comment. Give them a homily response card in the pews to drop into a box in the back of church. Help hearers become more educated hearers by catechizing them on what the church wants and needs from preaching. Find ways to seek meaningful feedback on your preaching, and use that feedback to become a better preacher and better pastoral minister.

Preaching effectively is a complex challenge, and not all of us are going to be John Chrysostoms or Fulton Sheens. But we don’t need to be, thank God. If we love our people, and take our relationships with them and with God seriously, we can become preachers in whom our hearers dependably find a meaningful word of Good News.

Thanks for listening. Your thoughts? Write me at martenpr@nd.edu. 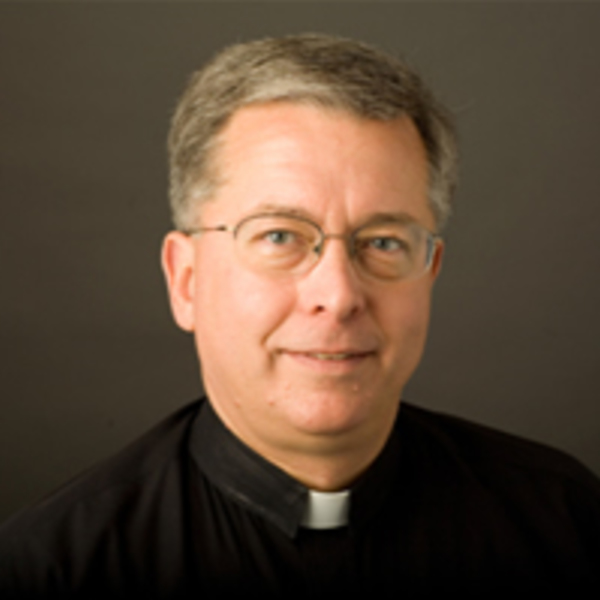 Michael Connors, C.S.C. is director of the John S. Marten Program in Homiletics at the University of Notre Dame. He is an Associate Professional Specialist in the Department of Theology at Notre Dame, teaching in the area of preaching and pastoral ministry.