On the night my first child was born, when she finally came into the light and they placed her onto my stomach, that moment of first seeing her face, right in front of me, was a beautiful shock: her wide open grey-blue eyes looking straight into mine, her forehead creased with deep wrinkles. There she was. After nine months of trying to imagine and understand the reality of the life that was developing within me, there she was.

I thought I had grasped, in the waiting, the fact that there was a little person inside my body. But when placed face-to-face with this brand new human, the distance between what I thought I’d understood and what was really true came to light along with her tiny body. The encounter with that face was a revelation of how much had been unknown, even if so anxiously anticipated and indeed physically felt—from the first flutters of movement to the discomfort of kicked ribs. A human person had grown inside of me, her reality—dimly perceived in a sonogram—now transfigured.

Birth is the symbol par excellence of the journey from darkness into light, from mystery to revelation. I’d like to suggest that it also serves as a key to contemplating motherhood theologically. Jesus uses it when trying to explain to his disciples what he meant when he told them of his departure and return. Like the woman in labor and then with newborn in arms, “your sorrow will turn into joy” he tells them (Jn 16:19–20).  After the Resurrection, they would piece together the story in which they had participated without fully comprehending until encountering him risen.

At the Easter Vigil, the Church experiences the same journey from darkness to light in the pinnacle of its liturgical form: the fire in the darkness; the Exsultet proclaiming “This is the night, when Christ broke the prison-bars of death and rose victorious from the underworld”; the highlight reel of salvation history drawn out in the readings; the rebirth in Baptism of new members of the Body of Christ. The Vigil serves as a transcendent lens through which to view the whole thread, from Creation to the promise of new life at the end of time, made possible through the Passion, Death, and Resurrection of Jesus, and made present in the feast of Eucharistic and Baptismal sacraments. Past, present, and future collide as we experience the unfolding of revelation brought gradually to light, embodied in one Person and embodied still in the growing Church.

Anticipating Light in the Darkness


The deep parallels of birth to the Paschal Mystery are perhaps some of the most straightforward among human experience. The toil of labor always leads to the first meeting of a child, as the Passion always leads from the depths of hell into the Resurrection. The physical, emotional, and spiritual journey of a mother—from the growing anticipation of a child, to the pain of labor, to the first face-to-face meeting—can be an anchor of meaning as she enters into life as a parent. Because her entrance into the journey incorporates her whole self, that initiation can become a uniquely powerful tool for grasping the meaning of future struggles and joys—and for understanding that it's worth it, because it's for a person—this child of God's making and our co-creating.  The cycle repeats throughout the child’s life: from mystery and its accompanying fear to a person or a reality more clearly seen as truth comes to light.

After that mountaintop moment in the hospital with my first child, it seemed as if the waiting was over, that she had arrived and therefore the mystery of her little hidden self had ended. But there is good reason for referring to the first three months of a baby’s life as a “fourth trimester” of pregnancy. In many ways the mother is still yet to “meet” the child—to engage in interaction that is reciprocal, to “get anything back” from a baby to whom she gives and gives and gives of sleep, of milk, in those first months. Meeting the baby happens in steps and stages, from sleepy smiles to the first meaningful eye contact and the eventual unveiling of individuality.

Beyond babyhood, there is so much about parenting that takes us from darkness and the unknown into light and revelation, even if the patterns are less straightforward than in those first stages, and the revelations not always easy to take in. In one way, it is simply by virtue of our lives unfolding in time, and the uncertainty of what each day might bring; but in a more particular way, the ties between a mother and her child bring a unique dynamic to the way these stages of darkness and unveiling occur—to the shape of the peaks and the valleys.

Hiddenness takes on different forms—from the interior life of a child to the often isolated nature of a mother's life at home. Time adjusts our lenses, as experience and communal wisdom helps make those points of darkness and light relatively brighter or dimmer in comparison to what we’ve already understood. Yet just as a pregnant mother is keenly aware of the fragility of the life within her, the fear and worry for our children as they grow up is visceral, especially after experiencing the intimacy and protection for which she is depended upon in the early years. And just as Mary knew that a sword would pierce her heart (cf. Lk 2:35), the impossibility of protecting our families from all suffering becomes a continual challenge to faith and trust in God. It takes a great deal of strength and grace for a mother to adopt Newman’s prayer:

Lead kindly Light
amid th’encircling gloom
Lead Thou me on!
The night is dark, and I am far from home
Lead Thou me on!
Keep Thou my feet; I do not ask to see
The distant scene—one step enough for me.


One cannot help but wonder with what degree of clarity Mary was able to see the larger arc of the story in which she played such an integral, essential role. The apparent fearlessness she showed in the face of uncertainty, seeming irrationality, and with the knowledge that suffering was inevitable is truly a model for us—and one that we should focus on with renewed enthusiasm during this Marian month of May. As Susan Windley-Daoust describes Mary’s “spirit of trust” in The Gift of Birth, “Perhaps Mary was able to respond fearlessly and in peace because she was the eminent example of love for God. And as the evangelist John later says, ‘Perfect love casts out fear’ (1 Jn 4:18)" (54).

If we can let our love for our children carve the space for grace, for wonder at God’s love for us as his children, then perhaps that kind of love can also cast out fear.

And if God can conquer the most fearful enemy of all, death itself, then we must root ourselves in knowing that the toil is not hopeless, not without meaning, but rather productive—leading to new life, no matter what tortuous paths we may traverse before finding the fuller reality unveiled. Because ultimately, the view for which we are all trying to prepare ourselves (and our children) is that of God’s face. Through the mystery of his dying and rising we may hope that each of our deathbeds would, by his mercy, one day serve as a birthing bed, in which that last labor yields to a world where that vision of God will be “all in all” (1 Cor 15:28). 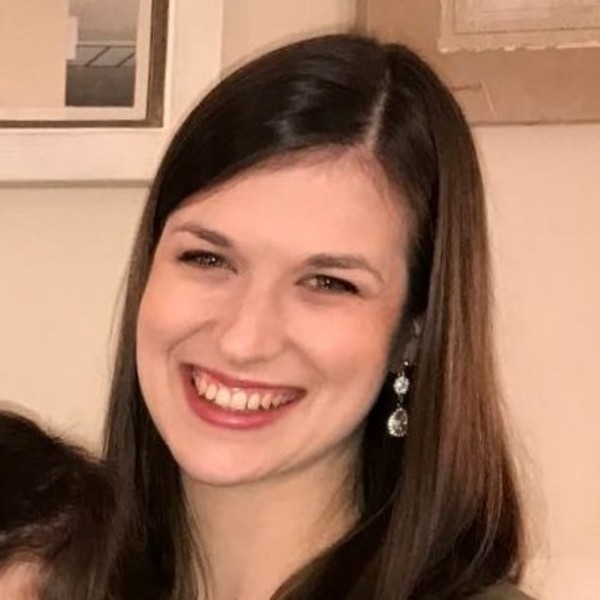 Tania M. Geist is the associate editor of Church Life.