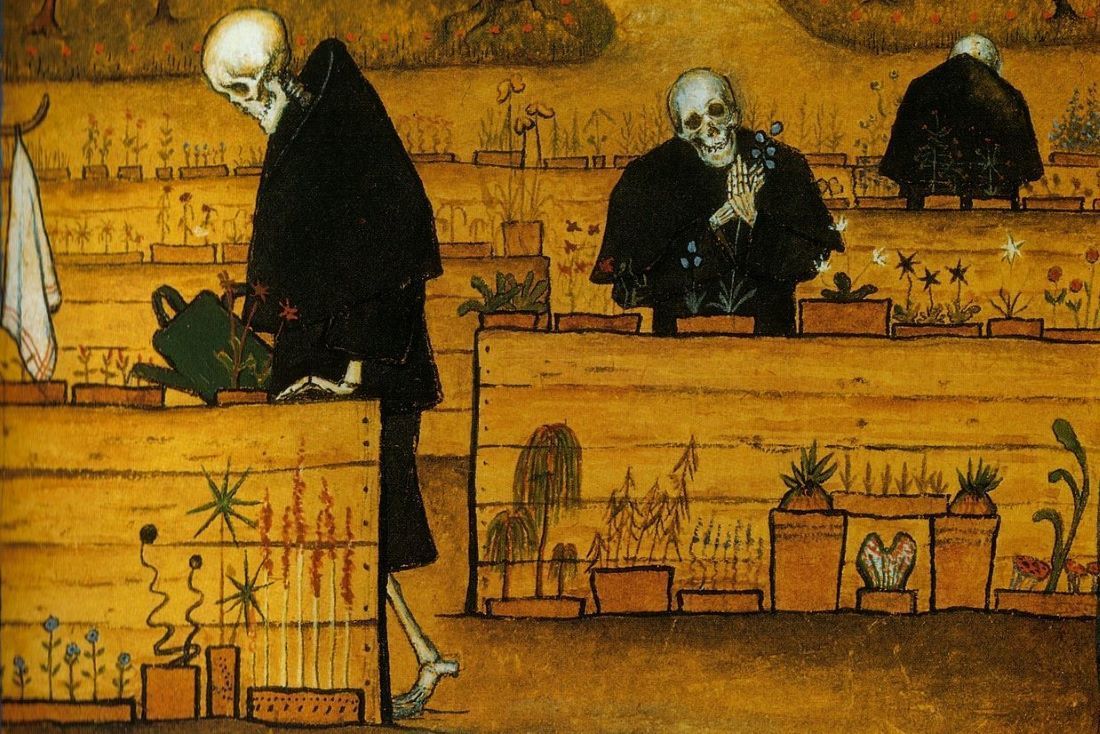 There are places in the heart that do not yet exist,
and into them enters suffering,
that they might exist.
—Léon Bloy

Things are not going according to plan. You expected to be on campus, I expected to be in the classroom, and nobody expected that distancing ourselves from one another would be the primary duty of social life. And yet, here we are. The semester none of us ever considered contingent has been upended, and for those of you who are seniors, your days of living in a campus community have come to an unceremonious end. There is no way to soften the blow; it is just a loss, pure and simple.

As we all know, there is more loss to follow. We are likely to see illness and even death on a scale few if any of us have seen before. People around us, people we know, are going to lose their jobs, if they have not lost them already. All this distancing will lead to increased feelings of loneliness, and many of us already felt lonely. So many things that only several weeks ago we unthinkingly assumed were certain are falling under duress. We have only seen the beginning of the losses that are to come.

There is no silver lining here, but there is a lesson. It is not the kind of lesson that anyone can merely teach someone else, as if it were a matter of having the right information. No, this is a lesson that must be absorbed. The lesson is that life, in the end, is about loss, and suffering itself is the teacher.

Some of you have experienced significant suffering already in your lives, suffering for which there is no “afterwards” when things go back to “normal.” I am talking about the kind of suffering where “normal” itself changes. The death of a parent, the horrors of abuse, the affliction of chronic mental illness, the destitution of abject poverty. The majority of you are like me: we have been spared from that kind of suffering. We have experienced pain and loss, but there was always “afterwards” when things got back to “normal.”

I was a junior in college on 9/11, and even then, as shattering and disorienting as that day was, most of us went back to class several days later in a way that removed us from the enduring loss. Those whose loved ones were in those planes or in those buildings could not avoid that pain. For them, the loss was not temporary and they absorbed that lesson through suffering.

What makes this pandemic different is that no one is immune. It is likely that every one of us, in every community, will feel or witness loss up close. We have already begun to experience the losses that will not be recouped: for you, that at least means the loss of the school year, and for seniors it means the loss of the end of college, which is usually more enjoyable than all the rest. Who knows what kind of economy or market will be there when this is all over? Who knows if our globalized American way of living will return? Maybe none of it really should, but in any event, “normal” is undergoing change.

And so you come face-to-face with the irrefutable lesson that many of us do not learn until much later, if at all: life is about loss. I know that sounds both fatalistic and pessimistic, but it is neither. Instead, it is honest and potentially freeing.

The illusion of youth is that progress is inevitable and things will only get better. Whatever is lost will be recouped, and then some. Whatever is missed, will be rediscovered later, and it will be better that way. Personal agency will continue to increase, possibilities will continue to multiply, horizons will continue to expand. Some of you are under no such illusion because of the suffering you have experienced already. But as a rule, you are in the middle of the illusion of youth. Some of us twice your age still hide within that illusion.

In just a few years you would have started to feel that things are not as they seemed—that progress is not inevitable and that not everything gets better. For many of us, it starts in our muscles and joints, which punish us for days if we engage in the same kinds of strenuous activities we have indulged in all our lives. Then the friendships that seemed so natural and ubiquitous in college become rarer. Our parents start to get old and need our care, at precisely the same time some of us are raising children, who need our care. We lose the luxury of being carefree. We lose free time. We lose indeterminate agency, innumerable possibilities, and indefinite horizons.

That sounds like a tragedy, so how is it freeing? It is freeing if we learn to accept that our lives are on loan and we are meant to give our lives over to others. That is the kind of lesson we are taught when we are young, though it often remains on the level of a noble idea that we may opt into or out of depending on our mood. What all the many sufferings of adult life show us is that this idea is actually the high and unbending rule, and it governs our bodies and our relationships and everything else, without exception. We have always known as a notion that we were limited, but eventually we learn this through being immersed in the reality. The illusion of youth hides that; the honesty of adulthood unveils it.

We live under the illusion that we are invulnerable. The revelation of our vulnerability comes upon us like a reckoning. Right now, we all feel vulnerable, or if not yet, we are likely to feel it soon. It is hard to call anything about this pandemic “a gift”, but perhaps there is some element of gift in this one fact: we are all, at the same time, being confronted with our individual and collective vulnerability. We cannot control it all.

I read about this once in the unsettling opening paragraphs of Alasdair MacIntyre’s Dependent Rational Animals. It seemed like the right idea. I highlighted and underlined his words like a dutiful student. I could teach these words to others. But did I feel their weight or the force of the revelation that portend? No. It was all a notion, with fleeting moments of realization rather than anything like absorbing this truth into my body, my life. But now, these words from Macintyre’s book are painful in a new way because of how true they are:

We human beings are vulnerable to many kinds of affliction and most of us are at some time afflicted by serious ills. How we cope is only in small part up to us. It is most often to others that we owe our survival, let alone our flourishing, as we encounter bodily illness and injury, inadequate nutrition, mental defect and disturbance, and human aggression and neglect. This dependence on particular others for protection and sustenance is most obvious in early childhood and in old age. But between these first and last stages our lives are characteristically marked by longer or shorter periods of injury, illness or other disablement, and some among us are disabled for their entire lives.

And when the ill, the injured and the otherwise disabled are presented in the pages of moral philosophy books, it is almost always exclusively as possible subjects of benevolence by moral agents who are themselves presented as though they were continuously rational, healthy, and untroubled. So we are invited, when we think of disability, to think of “the disabled” as “them,” as other than “us,” as a separate class, not as ourselves as we have been, sometimes are now, and may well be in the future.

We are all vulnerable, we are all disabled, we are all dependent. At times, our dependency is not so pronounced, and so we see ourselves as the potentially benevolent moral agents—rational, capable, secure. But the reality is that our extreme dependency has just been suspended in times like that, since we enter and leave the world in dependency, and many of us touch upon our radical dependency for days or years in between. Our assumed independence is forgetfulness about our dependence, and the illusion of youth peddles the false promise of unending independence.

The irony of adulthood is that precisely when we reach that point where it seems like our independence will have been maximized, we are reminded of our dependence both from within our own bodies and from the world around us. That is “the gift” of this pandemic: the truth is being laid bare—we are all vulnerable and dependent, and far more is contingent than certain.

A friend of mine recently had a profound typo on social media with regards to this pandemic. Joy Clarkson wrote, “with all the money I will not spend on a spring vocation . . . ” Of course, she meant to write “spring vacation.” She and I then went back and forth delighting in the idea of a “spring vocation.” I wrote to her that we are called “in every season, and differently season-to-season.” And she responded that it is “A good time for all of us to consider what our seasonal vocation may be in this strange one.” This exchange strikes me as an informal commentary on MacIntyre’s argument: the point is not to enforce our will, seeking to bend things back to our preferred version of “normal,” but instead to respond to the given circumstances with humility and courage.

Here is my advice: accept the losses as losses, then find a way to give. That sounds completely counterintuitive, because so many of our instincts direct us to try to find a way to recoup our losses. Those instincts lead us down the road to sorrow and futility. We were vulnerable before this and we will be vulnerable “after.”

The gift of this season is that we are forced to recognize just how vulnerable and dependent we are. Even if there is not a new “normal” in the world “after” all of this, perhaps we can begin to change what we ourselves consider and crave as “normal.” Maybe our new normal will build on the lesson of loss that suffering brings now, where we feel in a way we have not before that each of us is ultimately dependent and we are responsible for one another. The call in this season is to throw off the illusion of invulnerability and live together in truth. That is what college was supposed to lead you to anyway: Truth.