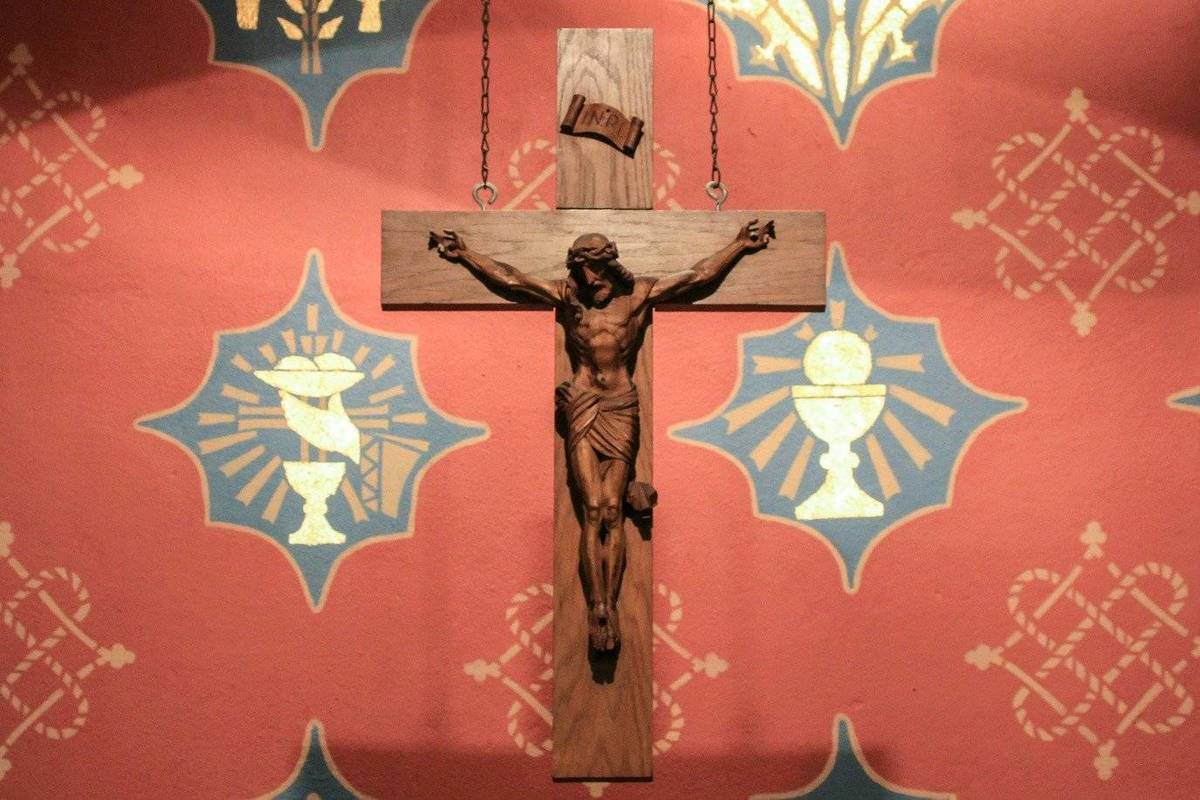 I grew up in a parish that was very much steeped in the “Spirit of Vatican II”: our priests used glass chalices, wore their stoles over their chasubles, and there wasn’t a Sunday in Ordinary Time when we didn’t sway to the beat of a rousing song. For the most part, I had good liturgical formation growing up. While many abuses perdured, my pastor had a keen penchant for “good liturgy.” When I started working at Holy Name Cathedral as a high school seminarian, I knew much of the hardware of liturgy. It should be no surprise then that when I was introduced to what the Church now calls the Extraordinary Form of the Roman Rite, I was enamored by its beauty and elaborate ritual. As the self-appointed liturgical constable for the high school seminary, I came close to putting myself in schism, seeing the “new Mass” of Vatican II as a radical departure from what preceded it.

This mindset followed me throughout college when I was part of the Latin Mass Society of Quincy, Illinois. It started as a casual encounter covering a story for my undergrad’s newspaper of the “Tridentine Mass” coming back to Quincy after a forty-year absence. Next thing I knew, I was firmly entrenched in the “Rad Trad” (radical traditionalist) ghetto of Quincy. What I saw and heard scandalized me. The leader of this group openly said to me in the article, “It’s called the Novus Ordo ‘mass’ because ‘NO Mass’ happens.” Senior year, I was so fed up with post-modern interpretations of liturgy on campus and the rad trads across town that I sometimes drove to St. Louis for Mass.

I attended the Liturgical Institute at the University of St. Mary of the Lake in Mundelein, Illinois for graduate school. At this point, liturgy was an academic interest, so it took me a while to get the point of the LI: “Where fidelity and joy meet in prayer and study.” I was finally getting the software to go with my knowledge of the hardware of liturgy. It wasn’t about how many scoops of incense went into the thurible or about the height of the lace on your surplice. Instead, it was about Christ’s worship of the Father that we as Christ’s Mystical Body participate in through the Spirit. Yes, the “externals” are important, but we mustn’t lose sight of what liturgy is: the offering of ourselves with Christ’s perfect sacrifice to our Father.

Why do I pen this little resolution? As I have witnessed in the last decade and a half of my life, there is no such thing as “The Perfect Liturgy.” There will always be a priest who ad-libs at least some part of the Mass, a congregation that does not sing all the hymns, a server who holds his or her hands as if they were waiting in line at a movie theater, etc. Some may criticize my use of the term “perfect liturgy,” but allow me to explain myself.

There is one perfect liturgy—which is Christ’s Paschal Mystery—rendered to our Father through the power of the Holy Spirit. This is the most perfect prayer that has ever been offered because it effects our salvation and the salvation of the whole world through a total gift of self. This effect is very much still present in every Church, on every altar, in every prayerful moment of the Liturgy of the Hours, and in every hungry mouth that is fed by our actions in the world. Christ’s sacrifice was accomplished once and for all on the altar of the Cross and is re-presented to us for the glory and worship of God and the sanctification of our souls. This is basic Catholic sacramental theology, so why do some people in the Mystical Body get upset with a reader who stumbles over a word or a cantor who may (literally) make the church shake with her voice? It is not that these people do not care about the sick, the suffering, the homebound, and the imprisoned. And why are there people in the Mystical Body who view liturgy as a mere function? It is simply a matter of poor catechesis, an understanding that is lacking for what liturgy is and what it does for God and for us. Let us now briefly consider liturgy before proposing a remedy.

As has often been pointed out, liturgy is the fusion of two Greek words: leitourgos and ergon. What has been rendered incorrectly as “the work of the people” in the last half century is beginning to diminish in favor of the correct meaning of how people work the liturgy—the work done on behalf of the people. Many pioneers of the twentieth century liturgical movement knew that the people, though this work was Christ’s work, carried out in our present age by priests, were duty-bound by their baptismal promises and their confirmations to actually participate in the Mass. The “people’s work” in the liturgy was their full, conscious, and active participation in Christ’s Paschal Mystery—his Passion, Death, Resurrection, and Ascension—and in receiving his Body, Blood, Soul, and Divinity in the Eucharist for the worship of God the Father and the sanctification of their souls. The pioneers, though, did not want the transforming power of Christ to stop at the doors of the church after Mass. Virgil Michel, OSB (1890–1938), a monk of Saint John’s Abbey in Collegeville, Minnesota, connected the people’s participation in Christ’s work to their everyday lives. As he once said: “It is by means of her liturgy in particular that the Church is indeed the continuation of Christ, of the Savior of mankind.”

Since Michel is considered the founder of the American Liturgical Movement, it is no stretch to say he spoke for the movement. The work of the liturgy would suffuse through the people’s lives if they made the visceral effort to participate in that public work of worship:

At various times the priest enters upon prayers of the Mass with the exhortation: Oremus—“Let us pray!” This exhortation is addressed to the people, who are thereby invited to join heart and mind in the prayer which the priest recites.

In Michel’s view, the very words of the liturgy demand the laity’s active role in offering up prayers in their capacity as members of Christ’s Mystical Body. This work done on behalf of the people would engulf the rest of his life.

Yet, it was not just about transforming the individual and the whole Mystical Body through their participation in the liturgical life of the Church. In his own fashion, Michel made the American Liturgical Movement uncommon by marrying the liturgical action with social action. Michel said:

The Liturgy, understood and lived after the mind of Christ and his Church—therefore lived both individually and socially—cannot but flower out into a genuine Christian culture that embraces every aspect of human life and experience.

Michel’s view of liturgy was nothing more than that which transmits Christ to the individual and to the world, reshaping the world in keeping with Christ’s charge to the Apostles at his Ascension:

Go, therefore, and make disciples of all nations, baptizing them in the name of the Father, and of the Son, and of the holy Spirit, teaching them to observe all that I have commanded you. And behold, I am with you always, until the end of the age (Mt 28:19–20).

Christ is indeed with us until the end of the age, in the sacraments which he gave us as a memorial of his work on earth. Just as he healed the sick, pardoned sinners, and instituted the priesthood and the Eucharist, so now the Church heals, pardons, ordains, and makes present again the sacrifice of our salvation.

What does all of this have to do with the perfect liturgy? As I said above, the only perfect liturgy is the one Christ offered to our Father by the power of the Holy Spirit. Of course, this “Perfect Sacrifice” is still present to us under sacramental signs and symbols in the present age, through the Mass, the Liturgy of the Hours, even when we volunteer to remake the world in Christ’s image. Does this necessarily mean that a priest should ad-lib the Mass and rush through it so carelessly so as to scandalize the faithful? No, of course not; but let me propose a few practical solutions for when our mind wanders from the true action taking place. Consider the word “sacrifice”—the fusion of two Latin words: Sacra (holy) and facere (to make). A sacrifice is something you make holy.

The work done on behalf of the people has already been accomplished by Jesus Christ when he offered himself on the altar of the Cross as the perfect sacrifice. Christ has made us holy by the work he accomplished once and for all. While it is our duty to “Say the black and do the red,” we cannot allow minor violations of the rubrics to obstruct our vision for the world coming to its eschatological and cosmic end point: Jesus Christ. As Servant of God Dorothy Day once said:

Living the liturgical day as much as we are able, beginning with prime, using the missal, ending the day with compline and so going through the liturgical year we find that it is now not us, but Christ in us, who is working to combat injustice and oppression. We are on our way to becoming “other Christs.”

Next time the server checks his phone during Mass, or a lector completely obliterates the second reading, let us refocus our eyes of faith on that perfect sacrifice that is happening in front of us so we can bring Jesus Christ and his message of hope into the world.