When I attended my five-year law school reunion, the first since we’d graduated, my classmates—many of them miserable in high-stress, unglamorous legal jobs—were astounded by what they perceived as my good fortune. “You get to travel, appear on television, speak at high schools and colleges?” they marveled. I was asked more than once, “How do I get a job like YOURS?”

Yes, on the surface, my first fresh-out-of-law-school position was a pretty sweet one. The late Joseph Cardinal Bernardin had asked me to direct the Respect Life Office for the Archdiocese of Chicago, meaning I was responsible for issues like abortion and assisted suicide. In the early 1990s, it also meant I was often called upon to defend the Church’s teaching at a time when the Supreme Court had recently handed down the Planned Parenthood v. Casey decision and when state legislatures were subsequently considering varying degrees of proposals that would, in light of Casey, allow for some modest protections for women and their unborn children. That included seeking to end the gruesome partial-birth abortion procedure. I was even called to testify in front of the State of Illinois’ Senate Judiciary Committee (before then-State Senator Barack Obama) on the Constitutionality of a proposed bill that would have banned the procedure (sadly, the bill didn’t make it past the committee). I appeared on local television news shows and frequently in parishes and schools. I traveled to college campuses to debate well-known figures in the abortion industry. For a thirty-year-old attorney, that was a pretty exciting job description.

Yet, my salary was far below my peers’, even those who worked in public sector jobs. I was juggling thousands of dollars in student loans and one of Chicago’s notoriously high rent payments. I scoured second-hand stores and discount outlets for clothing appropriate for my responsibilities and for public speaking and media. It was a struggle and, while I loved the work, I would occasionally have fears about the future. On the other hand, my law school classmates earned salaries three to four times what mine was, but many of them, if not most, dreaded each long day in the office.

Facebook had not yet been invented and Sheryl Sandberg had not yet written Lean In. I had no Lean In support group to assist me in navigating career decisions, or to help me understand what choosing a life of work in the Church would mean for my own—and my future family’s— security. God does, of course, provide, and I experienced his providence on more than one occasion. Still, it did occur to me on more than one occasion that the Church—who through then-Pope (now Saint) John Paul II gratefully acknowledged women in the workplace—would have salary ranges and benefits (and especially flexible hours and maternity leave) that would enable more women to continue to share their gifts and talents rather than worry about how to “make it all work.” In his Letter to Women, St. John Paul II wrote:

Thank you, women who work! You are present and active in every area of life—social, economic, cultural, artistic, and political. In this way you make an indispensable contribution to the growth of a culture which unites reason and feeling, to a model of life ever open to the sense of “mystery,” to the establishment of economic and political structures ever more worthy of humanity. (§2)


Pope Francis has taken up St. John Paul II’s theme, noting that women’s contributions remain “indispensable” within the domain of the family, thereby implying that whatever ministerial work outside the home she undertakes for the Church, her work at home is essential and therefore should be accommodated as such:

At this point it is natural to ask: how is it possible for women to increase their effective presence in many contexts within the public sphere, in the world of work and in places where the most important decisions are made, and at the same time maintaining their presence and preferential and entirely special attention in and for the family? Here it is the field of discernment that, aside from reflection on the reality of women in society, presupposes assiduous and persistent prayer. (Address to Italian Women’s Centre, January 25, 2014)


The Holy Father’s words were music to the ears of women who work for the Church in any arch/diocesan, parish, or institutional setting, especially those who are familiar with Church documents on equality in the workplace and the rightly placed priority given to the primacy of family life, whether it is a woman caring for her aging parents or her children. Pope Francis has probably never read Lean In, but he really asks the same questions Sheryl Sandberg does (sans the “assiduous and persistent prayer” part). What can be done do make certain that the woman who feels called to be the parish catechist, the archdiocesan pro-life director, or the Catholic high school music teacher, can also maintain a “preferential” attention to her family?

A few suggestions come to mind. First, women need flexible schedules, ones that allow for the natural rhythms of family life to take place. Second, the Church must offer paid family leave, if for no other reason than to acknowledge in word and deed that every human life is a gift from God to be welcomed. Third, assistance with Catholic education at all levels is critical to Church employees. In my twenty-eight years of working for a major archdiocese, I knew of only a large handful of fellow employees who sent their children to Catholic elementary and high schools, primarily because (wait for it) they couldn’t afford it on their Catholic institutional salaries. Working for the Church should not preclude employees from giving their children a Catholic education. Finally, employees should have regular opportunities for ongoing formation in the faith and for retreat and time of prayer. My Evangelical friends were always puzzled (some genuinely scandalized) because my office did not have some form of group prayer for our common mission each day. As Francis Cardinal George once noted, it’s helpful to ask ourselves if, in Church institutions, we would do things any differently if God didn’t exist.

The presence of women in the workplace is critical to the Church’s mission. But we still have a way to go in making that presence feasible.

Editors' Note: This text is the first in a series of adapted articles drawn from the author's contribution to the book Promise and Challenge: Catholic Women Reflect on Feminism, Complementarity, and the Church. 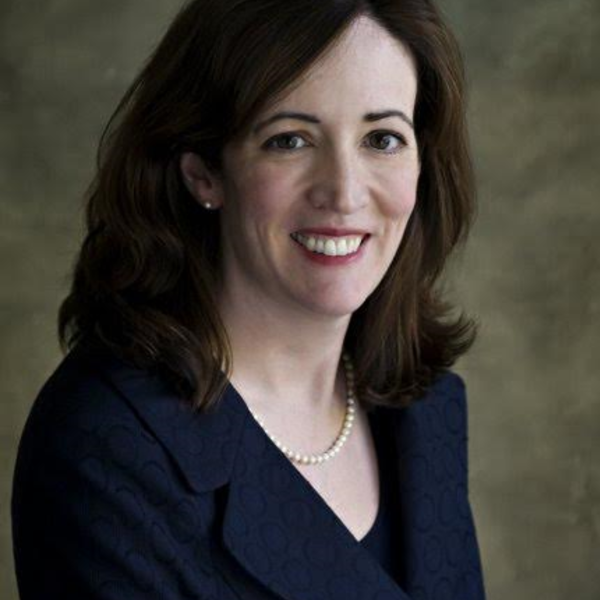 Mary Hallan FioRito is the Cardinal Francis George Visiting Fellow at the Ethics and Public Policy Center in Washington, D.C.