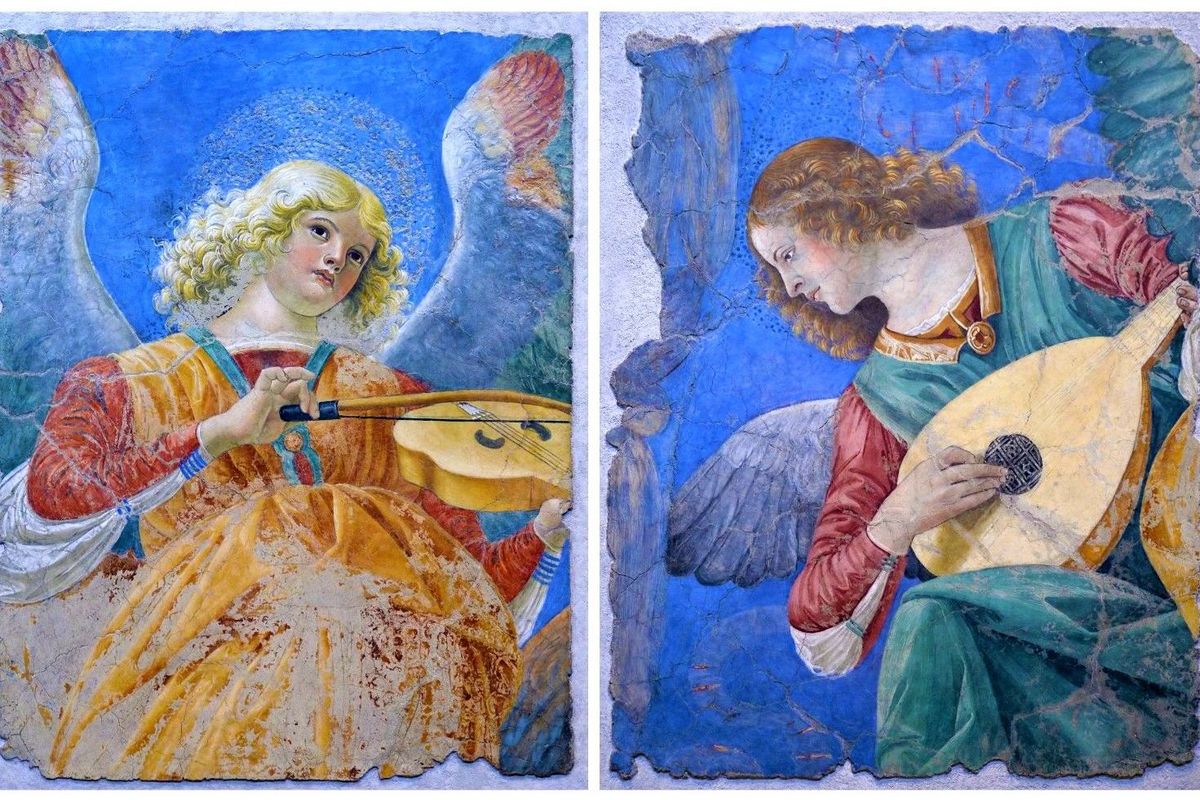 Long before he assumed the Petrine Office, Benedict XVI wrote frequently on the important role occupied by music in the life of the Church. His love of music began with a childhood he himself described as “Mozartian.” Joseph Ratzinger grew up in a musical family; his father sang tenor and played the zither, and his mother frequently sang Marian hymns, often while washing dishes. Joseph himself studied piano beginning around the age of ten and counted Beethoven, Bach, and especially Mozart among his favorite composers. Although he later left the formal study of music to his older brother Georg, Joseph never lost his enthusiasm for the beauty of music, nor his reverence for its power to open a person up to an encounter with the divine. His writings speak eloquently of the connection between music and theology and the implications of this connection for the liturgical life of the Church.

For many in parish music ministry today, the “style” question remains a hot-button issue: Gregorian chant, Renaissance polyphony, hymnody, and praise and worship are not simply classifications based on empirical criteria of melody, harmony, rhythm, texture, or timbre, or indications of the time period in which a certain piece of music was composed. These classifications of style have come to imply loyalty to a particular camp, an ethos of liturgical music that often extends into defining an ethos of the liturgy itself and even the Church in general. In this corner, those who favor chant or “traditional” hymnody are often viewed as rigid conservatives striving to grasp onto an antiquated vision of the Church. In the other corner, those who gravitate toward “contemporary” hymns or praise and worship music are labeled progressive liberals struggling to cast off the oppressiveness of a previous era in order to usher the Church into the modern culture.

This problematic approach to a politicized Christianity (placing Christian belief along a political spectrum of liberal and conservative) has been discussed elsewhere, and it is not the goal of this article to resolve the aforementioned disputes. Rather, my hope is to suggest a first step toward a fruitful dialogue among liturgical musicians and parishioners themselves (yes, the latter certainly have strong thoughts and feelings about the kinds of music they hear or do not hear on Sundays).

Such a dialogue must delve deeper than the question of mere musical style and examine the issue at its root, and it is Ratzinger who provides the first step toward this deeper conversation in his assertion that “church music is faith that has become a form of culture” (A New Song to the Lord, 94). Viewed from this perspective, it becomes clear that a discussion of music and its place in the Church must first begin with a discussion of culture and its relationship to the Church. It is this relationship which is in need of healing. Ratzinger writes:

When people rightly call for a new dialogue between Church and culture today, they must not forget in the process that this dialogue must necessarily be bilateral. It cannot consist in the Church finally subjecting herself to modern culture . . . Just as the Church must expose herself to the problems of our age in a radically new way, so too must culture be questioned anew about its groundlessness and its ground, and in the process be opened to a painful cure, that is, to a new reconciliation with religion since it can get its lifeblood only from there. For this reason church music is really a very vital piece of a comprehensive task for our age which requires more than mere dialogue; it requires a process of rediscovering ourselves (Ibid., 95–6).

For Ratzinger, this process of “rediscovering ourselves” necessitates a setting aside the battles of the current liturgy wars surrounding liturgical music and the discussions it has generated—scholarly and otherwise. Doing so will facilitate a return to “the original source” in exploring connection between faith and music, as well as the role of music in worship: the Bible. In turning to the Psalms in particular, Ratzinger establishes a theology of liturgical music in one verse: “Sing hymns of praise” (Ps 47:8). True to his roots as a theologian who takes the biblical narrative seriously, Ratzinger engages this text in Hebrew, Greek, and Latin in order to arrive at a richer translation. Suffice it to say that singing hymns of praise well entails more than making pleasant-sounding music.

For the psalmist, offering sung praise to God entails singing with an understanding that surpasses mere rationality and transcends into the realm of sapientia, or wisdom, which “denotes an integration of the entire person who not only understands and is understandable from the perspective of pure thought, but with all the dimensions of his or her existence” (Ibid., 98). Ratzinger goes on to say that “there is an affinity between wisdom and music, since in it such an integration of humanness occurs and the entire person becomes a being in accordance with logos [with "reason"]” (Ibid.). It is in singing that the senses and the spirit are integrated into one being, and in singing to God that the being is incorporated into logos.

Christianity takes this understanding one step farther by understanding the Psalms not merely as hymns written by King David, but as hymns that “had risen from the heart of the real David, Christ” (Ibid., 97). Thus, singing “hymns of praise” not only harmonizes the senses with the spirit, but when Christians understand those hymns as having their source in Christ, they are also drawn out of themselves into harmony with the Logos, the Word-made-flesh, as they offer sung praise in and through Christ himself. With this mindset, “Christ himself becomes the choir director who teaches us the new song and gives the Church the tone and way in which she can praise God appropriately and blend into the heavenly liturgy” (Ibid.). In order to offer fitting praise, one must conform one’s song to that of Christ, “who did not regard equality with God as something to be grasped; rather, he emptied himself, taking the form of a slave” (Phil 2:6–7).

For those who seek to sing God’s praises, the self must be set aside in order to create a space for the Other. This becomes very difficult in a culture which sets such a high value on creativity (understood narrowly here as an exercise in self-expression), individuality, and originality, particularly when it comes to music. Whenever liturgical music becomes an extension of the self—whether as an expression of personal taste or a demonstration of virtuosic talent—it has ceased to serve its higher purpose. In “rediscovering ourselves” and the relationship between faith, culture, and music, we must seek above all to rediscover Christ, who offered his life in self-emptying love as a song of praise to the Father. In seeking to imitate this act of self-gift, musicians and parishioners alike create an interior space for the One who invites them to join in his perfect song of praise. To quote Ratzinger again:

At the beginning of great sacred music there is a necessity of awe, receptivity, and a humility that is prepared to serve by participating in the greatness which has already gone forth. Only one who lives through and through from the inner structure of this image in the human being can create the music that belongs to this image (Ibid., 125).

Only when one sets aside personal tastes and desires for self-expression or recognition does one gain the authentic freedom necessary to “uncover the song that lies at the base of all things” (Ibid., 122). By conforming one’s song to that of Christ, liturgical music becomes incarnational, for, as Ratzinger insists so eloquently, “Faith becoming music is a part of the process of the Word becoming flesh” (Ibid.).