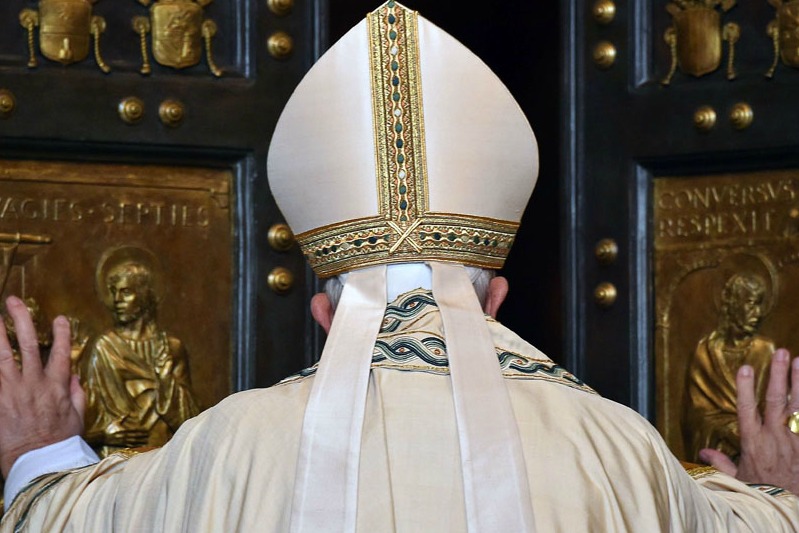 Having crossed the midpoint of the Year of Mercy, it is time to take stock. During his eighth jubilee audience on June 30, 2016, Pope Francis challenged us by asking whether or not mercy has become our style of life. We can easily recognize this life style, the Pope noted, in a person in whom “mercy has eyes to see, ears to listen, hands to resolve.” In other words, “The works of mercy are not theoretical subjects, but concrete testimonies. They oblige one to rollup one’s sleeves to alleviate suffering.”

The month of July offers us several occasions to ponder this lifestyle of mercy. First, among the saints of this month’s liturgical calendar, St. Mary Magdalene stands out. Dubbed by St. Augustine the “Apostle of the Apostles,” her Memorial on July 22 was recently raised to a Feast. The Vatican’s announcement highlighted Pope Francis’ decision as a recognition of this woman whose life was touched and radically changed by mercy. The official Prayer for the Year of Mercy describes the chains from which she was released as follows: “Lord Jesus Christ . . . Your loving gaze freed. . . Magdalene from seeking happiness only in created things (cf. Lk 8:2–3).”

The impact of Jesus’ healing touch was transformative for Mary Magdalene. It expelled the seven demons that had held her captive, turning her into a fearless disciple of the Lord (cf. Lk 8:1–3). All four Gospels include her among those who witnessed Jesus’ Crucifixion (Mk 15:40; Mt 27:56; Lk 23: 49; Jn 19:25). The synoptic Gospels tell us that Magdalene observed from a distance where Jesus was laid to rest (Mk 15:47; Mt 27:61; Lk 23:55f). Together with the mother of James and Salome, Mary Magdalene bought spices to anoint Jesus’ body on the first day of the week (Mt 16:1ff). This is the reason why iconographers often depict her with a jar containing ointment, and why she is frequently, though falsely, identified with the sinful woman who anointed Jesus’ feet (cf. Lk 7:37) shortly before his death. Mary Magdalene was the first to encounter the Risen Lord, who entrusted her with the mission to announce the Easter message to the Apostles—an audacious task for a woman of the first century! Mary of Magdala’s decisiveness in following Christ is a powerful example for us. Once touched by Christ’s healing love, she never looked back. Instead, her desire to stake all for him allowed her to become another Christ, mirroring God’s mercy.

Second, according to a popular Marian Calendar, which attributes a title of Our Lady to each day of the year, the Saturday preceding the fourth Sunday of July is reserved for Mary, Mother and Queen of Mercy. It was probably the abbot of Cluny, St. Odo (d. 942), who first attributed this invocation to Our Lady. As we commemorate this ray of Our Lady’s glory on July 23 this year, we think in the first place of Mary’s fiat, which mediated Jesus Christ, Mercy Incarnate for us. Implicitly, however, the title extends to her spiritual maternity of all of us.

Our Lady’s life distinguishes itself by her unmerited election marked by the kiss of mercy and justice (cf. Ps 85(84):11). It is perhaps in her Magnificat where she most conspicuously acknowledges her own creaturely need of God’s mercy. Mary’s song testifies that in the divine-human encounter, lowliness and exaltation belong together. In fact, one is the presupposition for the other! Mary magnifies God’s mercy, which shines forth fully, not in spite of but because of her utter lowliness. As Mother and Queen of Mercy, Our Lady accompanies us with her compassionate Immaculate Heart that beats in Christ for us. Furthermore, she seeks allies who help her spread the message of mercy, which since July 29, 1456 has been announced from the bell towers of churches around the world. It was on this day that Pope Callistus III ordered the ringing of the “Angel of the Lord” (the Angelus) from that day forward. Reciting the Angelus could be part of our lifestyle and a fitting way to recall the gift of Jesus Christ, the face of the Father’s mercy.

Last but not least, young people from all over the world are preparing for imminent travel to the World Youth Day in Poland with the motto “Blessed are the Merciful, for they shall obtain Mercy” (Mt 5:7). While we cannot know the exact message the Holy Father will offer to the youth of the world, we may be sure that he will appeal to the restlessness of their hearts. Perhaps he will tell them his own vocation story, so well encrypted in his papal motto: Miserando atque Eligendo. It recounts the seventeen-year-old Jorge Bergoglio’s encounter with God’s mercy and election, which radically changed the course of his life.

Miserando atque Eligendo, I dare to say, marks the core of every vocation story including that of Our Lady, Mother and Queen of Mercy, of Mary of Magdala, of all the saints in heaven and those saints still in the making. God always takes the initiative. He meets us with his merciful love inviting us to choose mercy as the driving force and motivation for who we are and what we do. Have we allowed our hearts to be gripped and our lives to be changed by his tender glance? This may be the question that is posed now and that we need to answer before the end of this Extraordinary Year of Mercy.